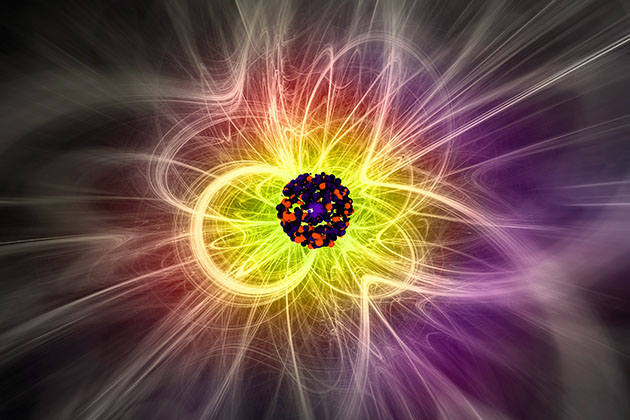 The origins of high-energy neutrino have been traced for the very first time, solving an important astronomic mystery

To understand and learn more energy or matter, the study of the mysterious sub-atomic particles is very crucial. Physicists look at sub-atomic particles – neutrinos – to gain further understanding of the different events and processes from which they have originated. We know about stars and particularly the sun by studying neutrinos. There is so much more to be learnt about the universe and understanding how neutrinos function is the most important step for any scientist interested in Physics and Astronomy.

Neutrinos are vaporous (and very volatile) particles with almost no mass, no electric charge and they can pass through any type of matter without any alteration in themselves. Neutrinos can achieve this by withstanding extreme conditions and dense environments like stars, planet and galaxies. An important trait of neutrinos is that they never interact with the matter in their surroundings and this makes them very challenging to analyse. Also, they exist in three “flavours” – electron, tau and muon and they switch between these flavours when they are oscillating. This is called the “mixing” phenomena and this is the strangest area of study when conducting experiments on neutrinos. The strongest characteristics of neutrinos is that they carry unique information about their exact origin. This is mainly because neutrinos are though highly energetic, they possess no charge therefore they remain unaffected by magnetic fields of any power. The origin of neutrinos is not completely known. Most of them come from the sun but a small number especially the ones having high energies come from deeper regions of space. This is the reason that the exact origin of these elusive wanderers was still unknown and they are referred to as “ghost particles”.

In ground-breaking twin studies in astronomy published in Science, researchers have for the first time traced the origin of a ghostly sub-atomic particle neutrino which was found deep in ice in Antarctica after it travelled 3.7 billion years to planet Earth1,2. This work is achieved by a collaboration of over 300 scientists and 49 institutions. High-energy neutrinos were detected by largest ever IceCube detector set up at South Pole by the IceCube Neutrino Observatory deep into the layers of ice. To achieve their goal, 86 holes were drilled into ice, each one and half miles deep, and spread over a network of more than 5000 light sensors thus covering a total area of 1 cubic kilometre. IceCube detector, managed by US National Science Foundation, is a giant detector consisting of 86 cables which are put in boreholes extending up to deep ice. The detectors record the special blue light which is emitted when a neutrino interacts with an atomic nucleus. Many high-energy neutrinos were detected but they were untraceable until a neutrino with an energy of 300 trillion electron volts was detected successfully beneath an ice cap. This energy is almost 50 times bigger than the energy of the protons which cycle through Large Hardon Collider which is the utmost powerful particle accelerator on this planet. Once this detection was done, a real time system methodically gathered and compiled data, for the entire electromagnetic spectrum, from laboratories on Earth and in space about this neutrino’s origin.

The neutrino was successfully traced back to a luminous galaxy known as the “blazer”. Blazer is a gigantic elliptical active galaxy with two jets which emit neutrinos and gamma rays. It has a distinctive supermassive and swiftly spinning black hole at its centre and the galaxy moves towards Earth around the speed of light. One of the jets of the blazer is of a blazing bright character and it points directly at earth giving this galaxy its name. The blazer galaxy is located to the left of Orion constellation and this distance is about 4 billion light-years from Earth. Both neutrinos and gamma rays were detected by the observatory and also a total of 20 telescopes on Earth and in space. This first study1 showed the detection of neutrinos and a second subsequent study2 showed that the blazer galaxy had produced these neutrinos earlier also in 2014 and 2015. The blazer is definitely a source of extremely energetic neutrinos and thus of cosmic rays as well.

The discovery of these neutrinos is a major success and it can enable the study and observation of the universe in an unmatched manner. Scientists state that this discovery might help them to trace back, for the very first time, the origins of the mysterious cosmic rays. These rays are fragments of atoms which come down to Earth from outside the solar system blazing at the speed of light. They are blamed for causing problems to satellites, communications systems etc. In contrast to neutrinos, cosmic rays are charged particles thus magnetic fields keep affecting and changing their path and this makes it impossible to trace back their origins. Cosmic rays have been the subject of research in astronomy for a long time and though they were discovered in 1912, cosmic rays remain a big mystery.

In the future, a neutrino observatory on a larger scale using similar infrastructure as used in this study can achieve faster results and more detections can be made to unravel new sources of neutrinos. This study done by recording multiple observations and taking cognizance of data across the electromagnetic spectrum is crucial to further our understanding of the universe the mechanisms of physics that govern it. It’s a prime illustration of “multimessenger” astronomy which uses at least two different types of signal to examine the cosmos making it more powerful and accurate in making such discoveries possible. This approach has helped discover neutron star collision and also gravitational waves in the recent past. Each of these messengers provide us new knowledge about the universe and powerful events in the atmosphere. Also, it can assist in understanding more about the extreme events which occurred millions of years ago setting out these particles to make their journey to Earth.

The Welsh Ambulance Service is asking the public to...