Cloning The Primate: A Step ahead of Dolly The Sheep 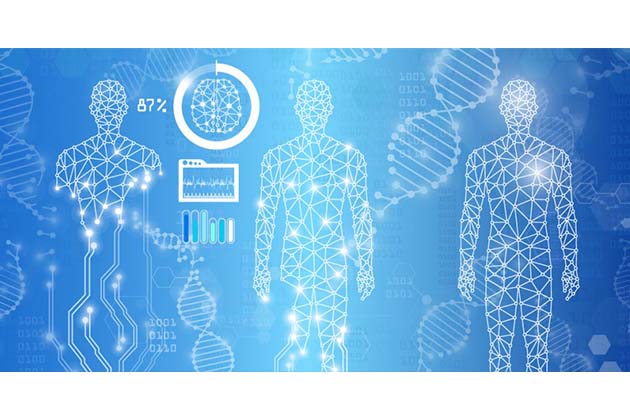 In a breakthrough study, first primates have been successfully cloned using the same technique used to clone the first mammal Dolly the sheep.

The first ever primates have been cloned using a method called somatic cell nuclear transfer (SCNT), the technique which had earlier failed to produce live primates up till now and was only successful for the mammal Dolly the sheep in the mid-1990s. This remarkable study1, published in Cell is being termed as a new era in biomedical research and has been carried out by scientists at Chinese Academy of Sciences Institute of Neuroscience, Shanghai.

How did they clone?

Primates (unlike other mammals like cow, horse etc.) have always been very tricky and complicated to clone and many attempts have been made by researchers using standard cloning techniques. In the current study researchers optimized a technique in which they injected genetic material (DNA) of a donor cell into another egg (of which the DNA has been removed) thus generating clones (i.e. having identical genetic material). This somatic cell nuclear transfer (SCNT) technique has been described by researchers as a very delicate process which needs to be done swiftly but efficiently to minimize damage to the egg. They were able to use foetal cells (grown in the lab) to success, before they mature into adult offspring. Using these foetal cells, they created a total of 109 cloned embryos and implanted about three-quarters of them into 21 surrogate monkeys resulting in six pregnancies. Two long-tailed macaques survived birth and are currently few weeks old and have been named Zhong Zhong and Hua Hua. Researchers tried using adult donor cells instead of foetal cells, but those clones did not survive after few hours of being born. The first primate ever cloned named Tetra2, a rhesus monkey born in 1999,was cloned using a simpler method called embryo splitting which is the same technique by which twins are naturally conceived. This approach had a major limitation of generating only up to four offspring at a time. However, with the currently demonstrated somatic cell nuclear transfer (SCNT) technique, there is no limit to generating clones!

Now monkey, are humans next to be cloned?

Scientists worldwide are raising the inevitable ethical question- can this technique be allowed to clone humans as well? since primates are the “closest relative” of humans. Cloning has remained a debatable topic in medical and scientific research since its impact on human life can have enormous implications and it carries multitude of ethical, moral and legal dilemmas. This work will yet again trigger the human cloning debate in society. Many bioethicists and scientists worldwide have commented that it would highly unethical to even attempt to clone a person in the same way as it would be a complete violation of the natural norms and human existence. The human race is obsessed by the idea of human cloning which is merely termed as “delusion” by scientists because cloning any individual would still make the cloned individual a completely different entity. And, variety in our species is the pivotal reason which makes this world unique and wonderful.

The authors of this study are clear that though this technique can “technically” facilitate human cloning, they themselves do not have the intention to do so. They elucidate that their main intention is to generate cloned non-human primates (or genetically identical monkeys) which can be used by research groups to further their work. Despite this, there is always fear of a chance that it might be attempted illegally somewhere on humans in the future.

Even if we don’t consider the risks of possibility of human cloning, there are various laws for prohibiting reproductive cloning. This study was conducted in China where there are guidelines to prohibit reproductive cloning, but no strict laws. However, many other countries do not have any prohibition on reproductive cloning. To maintain research ethics, regulatory bodies worldwide need to step in and devise various guidelines. Some scientists say that cloning of primates itself brings up the matter of animal cruelty and such cloning experiments is a waste of lives and also money not to mention the animal sufferings. The authors experienced a lot of failure before achieving success and the overall failure rate is being set to at least 90% which is enormous. The technique is very expensive (currently one clone cost about USD 50,000) besides being highly unsafe and inefficient. The authors insist that the question about cloning non-human primates should be openly discussed by the scientific community so that the future is clearer in terms of strict ethical standards.

The real advantage of such a cloning

The main aim of researchers is to facilitate labs in conducting research with customizable populations of genetically uniform monkeys thus improving animal models for studying human disorders including brain diseases, cancer, immune system and metabolic disorders. The technique along with gene editing tool– another remarkable technology- can be used to generate primate models to study specific human genetic diseases. Such a cloned population would offer significant advantages over otherwise non-cloned animals because the actual differences between a test set and a control set within a study will not need to be attributed to genetic variation because all subjects will be clones. This scenario would also lead to lower requirement of the numbers of subjects for every study – for instance – 10 clones would be sufficient for studies where currently over 100 monkeys are being used. Also, efficacy of new drugs can be easily tested on primate subjects during clinical trials.

Cloning has been discussed as a possibility for growing tissues or organs for organ transplants. However, the human embryonic stem cells can be used to re-grow tissue and organs, and, theoretically speaking, it should be possible to grow any new organs from stem cells and later used for organ transplant – referred to as ‘organ cloning’. This process really does not require actual ‘cloning’ of the individual and stem cell technology takes care of it in entirety by side stepping the need for human cloning.

The study is high on possibilities and promises for the future in terms of primate research, thus Shanghai is planning to set up an International Primate Research Centre which will generate clones for scientists around the globe for profit or non-profit research purposes. For achieving this larger purpose, researchers plan to continue improvise their technique by following strict international guidelines.

Variants of Coronavirus: What We Know So Far

Deltacron is not a New Strain or Variant

Deltacron is not a new strain or variant but...

The Gene variant that protects against severe COVID-19

A gene variant of OAS1 has been implicated in...
- Advertisement -
Join Our Facebook Group
100,452FansLike
71,737FollowersFollow
7,959FollowersFollow
31SubscribersSubscribe
ADVERTISEMENT