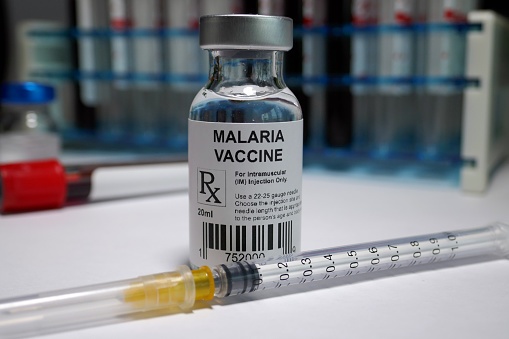 Developing vaccine against malaria has been among the biggest challenges before science. MosquirixTM , a vaccine against malaria has recently been approved by WHO. Although the efficacy of this vaccine is about 37%, yet this is great step forward as this is first time any anti-malaria vaccine has seen the day. Among the other anti-malaria vaccine candidates, the DNA vaccines using adenovirus as an expression vector, with possibility to provide for multiple malarial antigens seem to have great potential as the technology employed has recently proved its worthiness in the case of Oxford/AstraZeneca (ChAdOx1 nCoV-2019) vaccine against COVID-19.

Vaccines against malaria have proved to be a challenge due to the complex life history of the parasite which exhibits different developmental stages with in the host, expression of a large number of different proteins in different stages, an intricate interplay between parasite biology and host immunity, coupled with the lack of adequate resources and a lack of effective global cooperation due to the disease prevalence in mostly third-world countries.

However, a few attempts have been made to generate and develop an effective vaccine against this dreadful disease. All these have been classified as pre-erythrocytic vaccines as they involve the sporozoite protein and targets the parasite before it enters the liver cells.  The first to develop was a radiation-attenuated Plasmodium falciparum sporozoite (PfSPZ) vaccine1 that would provide protection against P. falciparum infection in malaria-naïve adults. This was developed by GSK and the Walter Reed Army Institute of Research (WRAIR) in the mid 1970s but did not see the light of the day as there was no significant vaccine efficacy shown. The recent Phase 2 trials that were conducted in 336 infants aged 5–12 months to determine the safety, tolerability, immunogenicity and efficacy of the PfSPZ Vaccine in infants in a high-transmission malaria setting in western Kenya (NCT02687373)2, also showed similar results that although there was a dose-dependent increase in antibody responses at 6 months in the lowest- and highest-dose groups, the T cell responses were undetectable across all dose groups. Due to the absence of significant vaccine efficacy, it was decided not to pursue this vaccine in this age group.

Another vaccine developed by GSK and WRAIR in 1984 is the RTS,S vaccine, called MosquirixTM that targets the sporozoite protein and is the first vaccine to have undergone a Phase 3 trial3 and the first one to be assessed in routine immunization programs in malaria-endemic areas. The results of this trial show that among children aged 5–17 months who received 4 doses of RTS,S vaccine, the efficacy against malaria was 36% over 4 years of follow-up. The RTS,S contains R, that refers to a central repeat region, a single highly-conserved tandem repeat tetrapeptide NANP, T refers to the T-lymphocyte epitopes Th2R and Th3R. The combined RT peptide is genetically fused to the N-terminal of Hepatitis B surface antigen (HBsAg), the “S” (Surface) region. This RTS is then co-expressed in yeast cells to yield virus-like particles displaying both sporozoite protein (R repeat region with T) and S at their surface. A second “S” portion is expressed as an unfused HBsAg that spontaneously fuses to the RTS component, hence the name RTS,S.

Another vaccine that has been developed against malaria is the DNA-Ad vaccine that uses human adenovirus to express the sporozoite protein and an antigen (apical membrane antigen 1)4. The phase 2 trials have been completed on 82 participants in a Phase 1-2 non-randomized open label trial to assess the Safety, Immunogenicity, and Efficacy of this vaccine in Healthy Malaria-Naïve Adults in the US. The highest sterile immunity achieved against malaria following immunization with this adenovirus-based subunit vaccine was 27%.

In another study, human adenovirus was changed to chimpanzee adenovirus and another antigen, TRAP (thrombospondin-related adhesive protein) was fused to sporozoite protein and apical membrane antigen to enhance protection5. The vaccine response in this three antigen sub-unit vaccine was 25% compare to –2% in the two sub-unit vaccine when compared.

The above studies suggest that the use of DNA adenovirus based multi-subunit vaccines may afford better protection (as mentioned above) and also as is the case in study shown with the recent Oxford/AstraZeneca ChAdOx1 nCoV-2019 vaccine against COVID-19 that uses genetically engineered adenovirus as a vector to express spike protein as antigen. This technology can be exploited to express multiple protein targets to target the malarial parasite before it infects the liver cells. The current approved WHO vaccine utilises a different technology. However, time will tell when we will get an effective malarial vaccine that can take care of the disease burden of the African and the South-Asian countries to allow the world to overcome this deadly disease.

Engineers have invented a semiconductor made by a thin...