Molecular Origin of Life: What Formed First – Protein, DNA or RNA or a Combination Thereof? 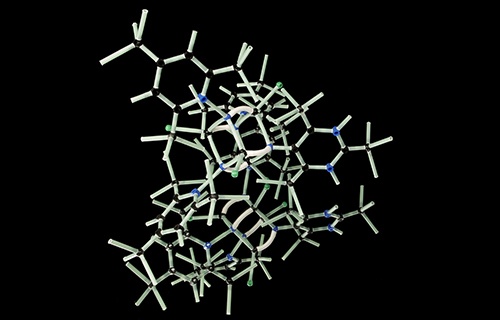 ‘Several questions about origin of life have been answered, but much remains to be studied’’ said Stanley Miller and Harold Urey way back in 1959 after reporting laboratory synthesis of amino acids in primitive earth conditions. Many advances down the line yet the scientists have long been grappling with a fundamental question – which genetic material was first to be formed on the primitive earth, DNA or RNA, or a bit of both? There is evidence now to suggest that DNA and RNA both may have co-existed in the primordial soup from where the life forms may have evolved with respective genetic materials.

The central dogma of molecular biology states that DNA makes RNA makes proteins. Proteins are responsible for majority, if not all the reactions taking place in an organism. The entire functionality of an organism is majorly dependent upon their presence and interaction of protein molecules. According to central dogma, proteins are produced by the information contained in DNA which is converted to functional protein via a messenger called RNA. However, it is possible that proteins themselves can survive independently without any DNA or RNA, as is the case with prions (misfolded protein molecules that do not contain DNA or RNA), but can survive on their own.

Thus, there can be three scenarios for the origin of life.

A) If the proteins or its building blocks were able to form abiotically during the atmosphere that existed billions of years ago in primordial soup, proteins can be termed as the basis of origin of life. The experimental evidence in its favour comes from the famous experiment by Stanley Miller1, 2, which showed that when a mixture of methane, ammonia, water and hydrogen are mixed together and circulated past an electric discharge, a mixture of amino acids is formed. This was again corroborated seven years later3 in 1959 by Stanley Miller and Harold Urey stating that the presence of reducing atmosphere in primordial earth gave rise to synthesis of organic compounds in the presence of above-mentioned gases plus smaller amounts of carbon monoxide and carbon dioxide. The relevance of Miller-Urey experiments was questioned by the scientific fraternity for a number of years, who thought that the gas mixture used in their research was too reducing with respect to the conditions that existed on primordial Earth. A number of theories pointed towards a neutral atmosphere containing an excess of CO2 with N2 and water vapor4. However, a neutral atmosphere has also been identified as a plausible environment for the synthesis of amino acids5. In addition, for proteins to act as origins of life, they need to self-replicating leading to a combination of different proteins to cater to different reactions taking place in an organism.

B) If the primordial soup provided conditions for building blocks of DNA and/or RNA to be formed, then either of these could have been the genetic material. The research until now favoured RNA to be the genetic material for the origin of life forms due to their capability of folding upon itself, existing as a single strand and acting as an enzyme6, capable of making more RNA molecules. A number of self-replicating RNA enzymes7 have been discovered over the years suggesting RNA to be the starting genetic material. This was further strengthened by the research performed by John Sutherland’s group that led to the formation of two bases of RNA in an environment similar to primordial soup by including phosphate in the mixture8. Formation of RNA building blocks has also been shown by simulating a reducing atmosphere (containing ammonia, carbon monoxide and water), similar to one used in Miller-Urey’s experiment and then passing electric discharges and high-power lasers through them9. If RNA is to be believed to be the originator, then when and how did DNA and proteins come into being? Did DNA develop as a genetic material later because of the unstable nature of RNA and proteins followed suit. Answers to all these questions still remain unanswered.

C) The third scenario that DNA and RNA can co-exist in the primordial soup that led to the origin of life came from studies published on 3rd June 2020 by John Sutherland’s group from the MRC Laboratory at Cambridge, UK. The researchers simulated the conditions that existed on a primordial Earth billions of years ago, with shallow ponds in the lab. They first dissolved chemicals that form RNA in water, followed by drying and heating them and then subjecting them to UV radiation that simulated sun’s rays existing in primordial time. This not only led to the synthesis of the two building blocks of RNA but also of DNA, suggesting that both nucleic acids co-existed at the time of origin of life10.

Based on the contemporary knowledge existing today and honouring the central dogma of molecular biology, it seems plausible that the DNA and RNA co-existed that led to origin of life and protein formation came/occurred later.

However, the author wishes to speculate another scenario where all the three important biological macromolecules, viz. DNA, RNA and protein existed together in the primordial soup. The messy conditions that existed in the primordial soup involving the chemical nature of earth’s surface, volcanic eruptions and presence of gases such as ammonia, methane, carbon monoxide, carbon dioxide along with water may have been ideal for all macromolecules to be formed. A hint of this has been provided by research done by Ferus et al., where nucleobases were formed in the same reducing atmosphere9 used in Miller-Urey’s experiment. If we are to believe in this hypothesis, then during the course of evolution, different organisms adopted one or the other genetic material, that favoured their existence moving forward.

However, as we try to understand the origin of life forms, much further research is required to answer the fundamental and pertinent questions about how life originated and propagated. This would require an “out-of-the-box” approach without relying on any prejudices introduced in our thinking by the current dogmas followed in science.

The freefall of grapefruit from 10 m does not damage...

The containment scheme based on 'quarantine' or 'social distancing'...