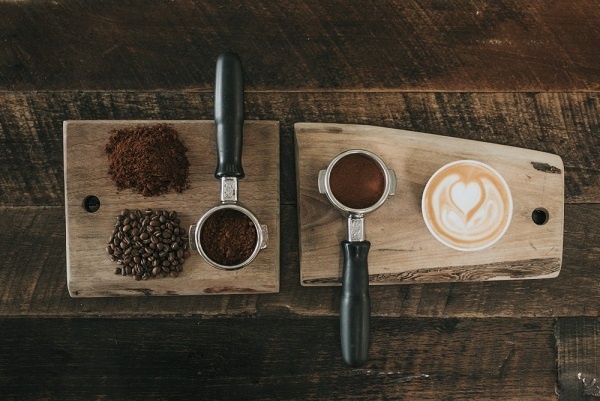 A recent human study showed that just 10 days of caffeine consumption caused a significant dose-dependant reduction in grey matter volume in the medial temporal lobe1, which has many important functions such as cognition, emotional regulation and storage of memories2. This suggests that there may be rapid, real-world negative effects of consuming caffeine, such as through coffee, on brain functions.

Caffeine is a central nervous system stimulant3. Caffeine metabolises to various compounds in the body, paraxanthine and other xanthines4. The main mechanisms of action mediated by caffeine and its metabolites are the antagonism of adenosine receptors, mobilization of intracellular calcium storage and inhibition of phosphodiesterases4.

Caffeine blocks A1 and A2A adenosine receptors4, thereby stopping adenosine exerting its action through these receptors in the brain. A1 receptors are found in almost all areas of the brain and can inhibit the release of neurotransmitters4. Therefore, the antagonism of these receptors causes increases in the stimulatory neurotransmitters dopamine, norepinephrine and glutamate4. Furthermore, the antagonism of A2A receptors increases the signalling of dopamine D2 receptors4, further contributing to a stimulant effect. However, adenosine has a vasodilatory effect and caffeine’s effect of blocking adenosine receptors in the brain causes reduced blood flow in the brain4 which may be contributing to the rapid grey matter atrophy seen in the medial temporal lobe by caffeine1.

The mobilisation of intracellular calcium can increase contractile force production by skeletal muscles which may cause a physical performance enhancing effect of caffeine4, and its phosphodiesterase inhibition (which causes vasodilatory effects5) is not noticeable as it requires very high doses of caffeine4.

The stimulatory effects of caffeine leading to an increase in dopaminergic signalling causes a reduction in Parkinson’s disease risk4 (as reduced dopamine is believed to contribute to the disease). Additionally, it is associated in epidemiological studies with a significantly lower risk of developing neurodegenerative diseases, such as Alzheimer’s disease4. However, the reduced cerebral blood flow may have negative effects and creates a complex interplay which makes it unclear whether caffeine is a net positive or net negative for brain health as its dopamine-increasing effects may cause the reductions in development of Alzheimer’s disease but despite caffeine’s various positive cognitive effects through its stimulatory action, it also has anxiety-increasing and “anti-sleep” effects3. This makes this naturally-found psychostimulant drug very complex and may make for individual specific use, such as obvious performance-enhancing effects for exercise, but should make for cautious use because of inhibitory effects on cerebral blood flow and causing reductions in grey matter in the medial temporal lobe.

Researchers have identified a group of cells in the...

Resistance to COVID-19 infection has been observed in health...