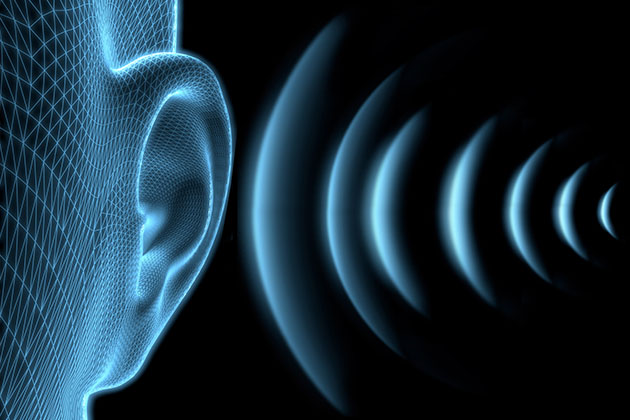 Hearing loss or deafness is caused by genetic inheritance in more than 50 percent of people. It is the most common birth defect which can unborn babies. Hereditary genetic conditions are responsible for congenital hearing loss and contribute to more 50% cases of deafness in new-borns and infants. Such hearing loss affects members within a family since a person may inherit a mutated gene or genes or an undesirable gene causing this loss to occur. The inherited hearing loss present at birth also accompanies other health issues such as problem with vision and balance in at least 30 percent of cases. Even when an offspring does not display a hearing disorder, he or she can inherit the gene mutation. This means that the person is a carrier. A carrier of an undesired gene mutation can pass it along to future offspring who then might experience hearing loss. This deafness is largely incurable.

In a study published in Cell, scientists at the University of Iowa and the National Institute on Deafness and Other Communication Disorders, have discovered for the first time a small-molecule drug which can preserve hearing in mice suffering from hereditary progressive human deafness. Researchers were able to partly restore hearing at minor sound frequencies and also save few of the “sensory hair cells” within the inner ear. This study has not only thrown light on the exact molecular mechanism which underlines this particular type of genetic deafness (called DFNA27) but proposes a potential drug treatment for it.

The study began when researchers tried to analyse the genetic basis of this inherited form of deafness a decade ago. They looked into the genetic information of the members of a family (referred to as LMG2). Deafness was dominant in this family i.e. they carried a dominant gene for deafness and any offspring only needed to inherit single replica of the faulty gene from mother or father to have this type of deafness. In their investigation spanning almost a decade, researchers localised the mutation which caused the deafness onto a “region” called DFNA27. This region included around dozen genes which when altered could lead to hearing loss, therefore the exact location of the mutation still was not pointed. A later set of studies helped to point out the mice Restgene (RE1 Silencing Transcription Factor) and researchers discovered that mice Rest gene gets regulated by an uncommon process in the ear’s sensory cells and this is extremely vital for the mammal’s hearing function. Researchers then started to examine the DFNA27 region as it was seen that the human Rest gene is located in this area only. Once the location and function of Restgene was better understood, further analysis was done to see what could modulate this gene and help improve deafness.

The Restgene was then manipulated so as to create the model for deafness on which experiments could be performed. It was seen that sensory hair cells were destroyed within the mice inner ear rendering them deaf. Similar mutations were found in the LMG2 family as well. When the manipulation was reversed, REST protein switches off and many genes were switched on leading to the revival of sensory hair cells and helped the mice to listen better. Therefore, the key is the REST protein encoded by Rest gene. This protein normally suppresses genes by a method called “histone deacetylation”. Researchers used a small molecule of a drug which could “act like a switch” and could block this process of histone deacetylation and thus turn off the REST protein. Switching the Rest gene off then allowed new hair cells to be built which ultimately partially restored hearing in mice.

This is an important and relevant study in analysing the internal mechanisms which define hereditary type of deafness. Although this study has been conducted in mice, the strategies uncovered here could be utilized for human testing. It is a fine starting point to perform additional studies in which small molecule-based drugs can be shown to be effective in treating DFNA27 deafness. This study could be also potentially be extended to other types of progressive hearing loss caused by inheriting genes. The genetic leads provide more information to uncover novel pathways for designing potential treatments for hearing loss in humans. Also, more small molecules could be used in the future to treat inherited deafness.

A novel mechanism to explain the different unrelated symptoms...