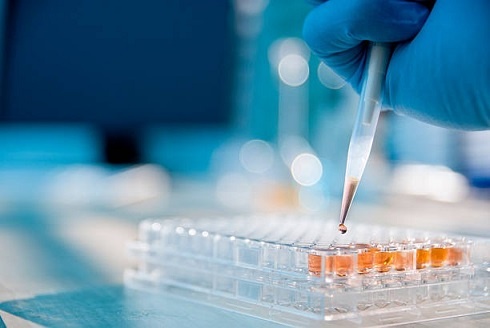 There is no clarity on the natural origin of SARS CoV-2 as no intermediate host has been found yet that transmits it from bats to humans. On the other hand, there are circumstantial evidences to suggest a laboratory origin based on the fact that the gain of function research (that induces artificial mutations in the virus through repeated passaging of viruses in human cell lines), was being carried out in the laboratory

COVID-19 disease caused by SARS CoV-2 virus has caused unprecedented damage to the entire planet not only economically but also has caused psychological impacts on people that will take a long time to recover. Since its outbreak in Wuhan in November/December 2019, a number of theories have been put forward regarding its origin. The most common one refers to the wet market in Wuhan where the virus jumped species from bats to humans via an intermediate host, due to its zoonotic nature of transmission as was seen in SARS (bats to civets to humans) and MERS (bats to camels to humans) viruses1,2. However, in the past year or so, there has been no clarity on the intermediate host for the SARS CoV2 virus. The other theory refers to the accidental leak of the virus from the Wuhan Institute of Virology (WIV) where the scientists were performing research on coronaviruses. In order to understand why the latter theory has gained significant popularity over the past year or so, one needs to dwell back into the events of the recent past, beginning 2011, to examine the nature of origin of such coronaviruses that could cause disease in humans.

In the year 2012, six miners working in a bat-infested copper mine in southern China (Yunnan province) got infected with a bat coronavirus3, known as RaTG13. All of them developed symptoms exactly like COVID-19 symptoms and only three of them survived. The viral samples were taken from these miners and submitted to the Wuhan Institute of Virology, the only level 4 biosecurity lab in China that was studying bat coronaviruses. Shi Zheng-Li and colleagues from the WIV have been researching on the SARS CoV viruses from bats in an effort to better understand the origin of such coronaviruses4. It is envisaged that the WIV carried out gain of function research5, that involved serial passaging of these viruses in vitro and in vivo in a bid to increase their pathogenicity, transmissibility, and antigenicity. This gain of function research is very different than genetically engineering the viruses to be more deadly in terms of their disease-causing ability. The idea behind funding and performing gain of function research is to remain a step ahead of viruses to understand their infectivity in humans so that we are better prepared as a human race should such eventuality arises.

Thus, it is likely that the virus SARS CoV-2 made an accidental escape when it appeared in late 2019 in the city of Wuhan, although there is no concrete evidence of the same. The closest relative of this virus was RaTG13 that was sampled from Yunnan miners. RaTG13 is not the backbone of SARS CoV-2 thereby refuting the theory that SARS CoV-2 had been genetically engineered. However, the sampling of related SARS viruses for performing research and subsequent gain of function research (leads to induced mutations) perhaps led to the development of SARS CoV-2. Gain of function does not involve genetic manipulation via genetic engineering. The genome sequencing of the new virus obtained from initial 5 patients that contracted COVID-19 showed that this virus was 79.6% identical to SARS virus6.

Initially, the scientific world thought that the SARS CoV-2 virus had jumped from animal species (bats) to an intermediate host and then to humans7 as was the case with SARS and MERS viruses as mentioned above. However, the inability of finding an intermediate host for the past 18 months has led to the conspiracy theory8 that the virus could have been accidentally leaked from the lab. It is also possible that the SARS CoV-2 virus came from the repository of viruses already held in WIV9 as the virus was already well adapted to infect human cells. Had it been of a natural origin, it would have taken some time to cause the degree of transmissibility and lethality that it did.

It still remains uncertain as to whether SARS CoV-2 had a natural origin or was man-made (gain of function leading to artificially induced mutations) which accidentally escaped from the laboratory. There is no hard evidence to support either of the theories. However, based on the fact that we haven’t been able to find an intermediate host for zoonotic transmission of this virus coupled with the fact that the virus was well adapted already to cause infection in human cells to a great extent and the associated research at WIV in Wuhan where the virus originated, suggests that it is a product of gain of function research which escaped from the lab.

Further evidence and investigation are required to establish a conclusive evidence not only to understand the origin of SARS-CoV2 virus but also to ameliorate any such future accidents should they possibly arise in order to save mankind from the wrath of such viruses.

Flares from the Supermassive Binary Black Hole OJ 287 put constraint on the “No...

A recent study has revealed that all the seven...
- Advertisement -
Join Our Facebook Group
100,538FansLike
71,864FollowersFollow
3,465FollowersFollow
31SubscribersSubscribe
ADVERTISEMENT