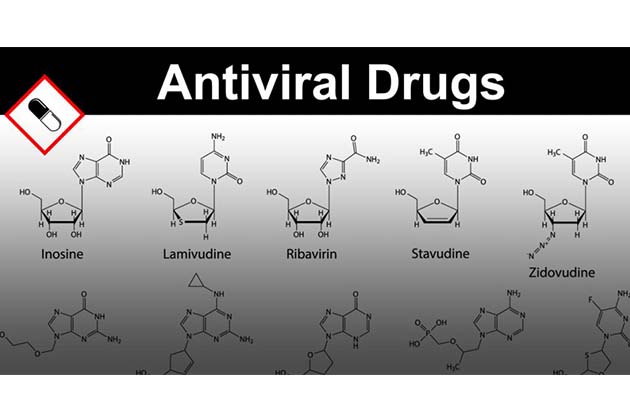 Similar to antibiotics, broad-spectrum antiviral drugs will have a strategy of targeting different types of viruses. In adopting this approach for antivirals, researchers need to identify various characteristics of the host that viruses ‘depend on’ for their lifecycle. Viruses are profoundly different from bacteria and since viruses hijack our cellular machinery it is more difficult to disrupt viral growth without causing disruption in human cell function. But since a variety of viruses take advantage of the same host function, a broad-spectrum antiviral drug can ‘deprive’ the virus from any access to the host function thus killing the virus, no matter which virus it is. Many antivirals have failed over the years because viruses are different from bacteria as they mutate much faster. An antiviral drug which is developed after years of labour generally has a very limited shelf life and such antivirals have a narrow scope of attack to begin with because they attack only a particular virus. As of 2018, medications are still not available for many viruses, e.g. Ebola. A strong, safe and viable wide-spectrum antiviral could target a host mechanism and kill a variety of viruses.

According to WHO, an estimated 3.7 billion people worldwide under 50 years of age are infected with herpes simplex virus 1 (HSV-1). HSV-1 is a very common contagious viral infection which persists for a lifetime even if it is acquired during childhood or adolescence. This virus infects primarily mouth and eyes but sometimes also genitalia. Like most viral infections it spreads easily and it is extremely challenging to prevent it. Handful of treatment drugs available for these infections are successful to a large extent, however the virus has emerged with drug-resistant strains especially after long-term use since most of these drugs follow common therapeutic approach.

Infection in the eye can be temporarily eliminated using available antiviral drugs but inflammation in the cornea – outer layer of the eye ball – is seen to persist indefinitely leading to other conditions like glaucoma and blindness by overuse of steroids medication. Current drugs in the market, called nucleoside analogues, prevent the virus from producing a protein which is crucial for virus’s replication and growth. However, drug resistance is an important aspect and patients who develop resistance to these analogues are left with very limited options to treat HSV-1 infection. In a recent study published in Science Translational Medicine, researchers have identified a small drug molecule which clears HSV-1 infection in the cells of the cornea by working very differently than available drugs making it a promising alternative drug against HSV-1.

The small drug molecule – called BX795 – clears infection in human corneal cells (cultured in the laboratory) and also corneas of infected mice. BX795 follows a novel way in which it acts on the host cells to clear up the viral infection. This molecule is a known inhibitor of an enzyme TBK1 which is involved in immunity in the host, or more specifically in innate immunity and neuroinflammation. It has been established before that partial TBK1 deficiency results in neuroinflammatory or neurodegenerative disorders. In the current study, when this enzyme was suppressed, viral infection was seen to be growing. However, on the other hand, higher concentrations of BX795 were seen to clearing up HSV-1 infection in cells. BX795 works by targeting AKT phosphorylation pathway in infected cells thereby blocking viral protein synthesis. HSV-1 is known to activate AKT pathway to manipulate protein synthesis and support viral entry and replication. Overall, lower concentrations of this molecule were required to clear the infection when compared to nucleoside analogues. No toxicity or any other effects were visible in uninfected cells. The authors state that a topical version of the dosage was used in the studies and they are in the midst of formulating a similar oral dosage.

Can BX795 be used to target other viral infections?

The important question to ponder upon is whether a similar therapeutic approach can be applied to other critical viral infections like HSV-2 (herpes simplex virus 2) or even HIV (human immunodeficiency virus). Since most viruses follow a common pathway to replicate inside a host cell, and BX795 targets that pathway, this can possibly be a new kind of broad-spectrum antiviral which could be used to treat other viral infections as well. Example, Human Papillomavirus (HPV) infections could be possibly targeted in a similar way by blocking AKT phosphorylation in the host cells which is essential for HPV to propagate.

Translating laboratory studies of broad spectrum medications to testing in animals is crucial. Our body is filled with beneficial viruses too (trillions maybe) which may be essential to our health, including some microbe-infecting viruses and a wide-spectrum antiviral might deprive these good viruses too. Nevertheless, alternative broad-spectrum antivirals are required as drug resistance is becoming a global problem and for many viruses drugs are not available. This discovery looks promising for new patients as well as for patients who have developed resistance to available drugs. Further research can establish the accurate potential of this new drug molecule.

Several studies indicate that activation of NLRP3 inflammasome is...