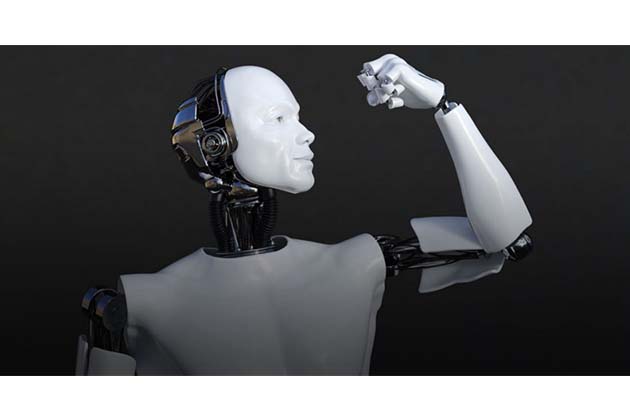 In a major advancement in robotics, robot with ‘soft’ human-like muscles have been successfully designed for the first time. Such soft robots can be a boon to design human friendly robots in the future.

Robots are programmable machines that are routinely used in industrial applications, example as part of automation, especially manufacturing because they are designed to be good at repetitive tasks which require a lot of strength and power. Robots interact with the physical world via sensors and actuators in them and they are reprogrammable making them more useful and flexible than routine single-function machines. It is obvious from the way these robots are designed to do the job that their motions are extremely rigid, sometimes jerky, machine-like and they are heavy, imposing and they are not useful when a particular task requires variable amounts of force at different time points. Robots are also sometimes dangerous and might need secure enclosures as they are not sensitive to their surroundings. The field of robotics is exploring a variety of disciplines to design, build, program and efficiently use robotic machines in various areas of industry and medical technology with different requirements.

In recent twin studies led by Christoph Keplinger, researchers have fit robots with a new class of muscles which are very similar to our human muscles and they possess and project strength and sensitivity just like we do. The central idea is to provide more “natural” movements to the machine i.e. robots. 99.9 percent of all robots today are rigid machines made out of steel or metal, whereas a biological body is soft but has incredible capabilities. These robots with ‘soft’ or ‘more real’ muscles can be suitably designed to perform routine and delicate tasks (which human muscles perform on a daily basis), for example just picking up a soft fruit or placing an egg inside a basket. Compared to traditional robots, robots fitted with ‘artificial muscles’ will be like a ‘softer’ versions of themselves and safer and they could then be customized to perform almost any task in the proximity of people, suggesting several possible applications associated with and around human life. Soft robots could be referred to as ‘collaborative’ robots, as they will be uniquely designed to carry out a particular task in a very similar way as a human.

Researchers have been trying to create soft muscle robots. Such a robot will require a soft muscle technology to impersonate the human muscles and two such technologies have been tried by researchers – pneumatic actuators and dielectric elastomer actuators. The ‘actuator’ is defined as the actual device which moves the robot, or the robot shows a particular movement. In pneumatic actuators, a soft pouch is pumped with gases or fluids to create a particular movement. This is simple design but still powerful though the pumps are impractical and they have bulky reservoirs. The second technology – dielectric elastomer actuators use the concept of applying an electric field across an insulating flexible plastic to deform it and thus creating a movement. These two technologies on their own have not yet been successful because when a bolt of electricity passes through the plastic, these devices fail miserably and thus are not resistant to mechanical damage.

In the twin studies reported in Science1 and Sciences Robotics2, researchers took the positive aspects of the two available soft muscle technologies and created a simple soft muscle-like actuator that uses electricity to alter the movement of liquids inside small pouches. These flexible polymer pouches contain an insulating liquid, example a regular oil (vegetable oil or canola oil) from the supermarket, or any similar liquid can be used. Once voltage was applied between the hydrogel electrodes placed between the two sides of the pouch, the sides were drawn to each other, oil spasm takes place, squeezing the liquid in it and causing it to flow around inside the pouch. This tension creates an artificial muscle contraction and once the electricity is cut off, the oil relaxes again, imitating an artificial muscle relaxation. The actuator changes shape in this manner, and the object which is connected to the actuator shows a movement. Therefore, this ‘artificial muscle’ contracts and releases (flex) instantly in milliseconds in the same manner and with same precision and force of real skeletal human muscles. These movements can even beat the speed of human muscle reactions because human muscles concurrently communicate with the brain causing a delay, though unnoticeable. Therefore, through this design, a fluid system was achieved which had direct electrical control exhibiting versatility and high performance.

In the first study1 in Science, actuators were designed in the shape of a doughnut and they had the capability and dexterity to pick up and hold a raspberry through a robotic gripper (and not exploding the fruit!). The possible damage which was done by a bolt of electricity when passed through the insulating liquid (a major issue with the previously designed actuators) was also taken care of in the current design and any electrical damage was self-healed or repaired instantly by just new flow of liquid into the ‘damaged’ part through a simple process of redistribution. This was attributed to the use of liquid material, which is more resilient, in place of a solid insulating layer used in many previous designs and which was damaged instantly. In this process the artificial muscle survived more than a million contraction cycles. This particular actuator, being doughnut shaped was easily able to pick a raspberry. Similarly, by tailoring the shape of these elastic pouches, researchers created a wide range of actuators with unique movements, example even picking up a fragile egg with precision and exact required force. These flexible muscles have been termed as “Hydraulically-amplified Self-healing Electrostatic” actuators, or HASEL actuators.In a second study2 published in Science Robotics,the same team further created two other soft muscle designs which contract linearly, very similar to a human bicep, thus having the capability to repeatedly lift objects heavier than their own weight.

A The general opinion is that since robots are machines so they surely must be having an edge over humans, but, when it comes to the astonishing abilities afforded to us by our muscles, one could simply say that robots pale in comparison. The human muscle is extremely powerful and our brain has an extraordinary amount of control over our muscles. This is the reason human muscles are capable of performing intricate tasks with precision e.g. writing. Our muscles repeatedly contract and relax when doing a heavy task and it is said that we actually use only about 65 percent capability of our muscles and this limit is mainly set by our thinking. If we can imagine a robot who has human-like soft muscles, the strength and capabilities would be enormous. These studies are seen as a first step to develop an actuator which could one possible day achieve the enormous capabilities of real biological muscles.

The authors say that materials like the potato-chips polymer pouches, oil and even electrodes are inexpensive and readily available taking the cost to only 0.9 USD (or 10 cents). This is encouraging for current industrial manufacturing units and for researchers to further their expertise. The materials being low-cost are scalable and compatible with current industry practises and such devices could be used for a number of applications like prosthetic devices, or as a human companion. This is a particularly interesting aspect, since the term robotics is always equated with high costs. A drawback associated with such artificial muscle is the high amount of electricity required for its operation and there are also chances of burning if the robot reserves too much of its power. Soft robots are far more delicate than their traditional robot counterparts making their design more challenging, for example possibilities of puncturing, losing power and spilling the oil. These soft robots definitely need somekind of self-healing aspect, like many some soft robots already do.

Efficient and robust soft robots can be very useful in human lives as they can complement humans and work with them like “collaborative” robots rather than robots which replace humans. Also, traditional prosthetic arms could be more soft, pleasant and sensitive. These studies are promising and if the high demand of power could be tackled, it has the potential to revolutionise the future of robots in terms of their design and how they move.

The findings of the BioRock experiment indicate that bacterial supported mining...

Future of Adenovirus based COVID-19 Vaccines (such as Oxford AstraZeneca) in light of recent...

Development of Herd Immunity against COVID-19: When Do We Know That an Adequate Level...