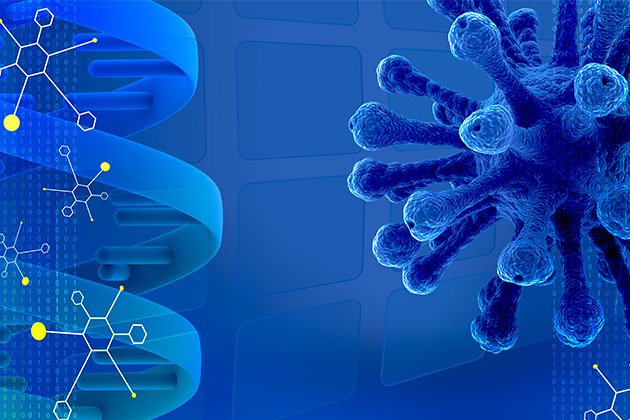 A novel study based on nanotechnology generates hope for treating acute kidney injury and failure.

Kidney is an essential vital organ which performs critical functions in the body. It removes wastes and extra water from our blood stream to produce urine which then flows from kidneys to the bladder through the ureters. These wastes which are produced in our body from normal breakdown of muscle and foods must be discarded and excreted efficiently.

In acute kidney failure, now called Acute Kidney Injury (AKI) nitrogenous wastes rapidly build up and urine output decreases i.e. the body struggles to produce urine. This happens within a short span of time (days or even hours) of the onset of the ailment causing causes serious complications. The leading cause of AKI is oxidative stress which occurs due to disturbed balance between free radicals and anti-oxidant defences resulting from increase in oxygen-containing waste products thus causing damage to lipids, proteins and DNA. This scenario causes inflammation and advances the kidney disease. There are then high chances of developing cardiovascular diseases and cancer. That is why anti-oxidants rich foods and supplements are known to protect from harmful effects of oxygen-containing waste products. When severity of kidney disease advances, support therapies like rehydration and dialysis are needed and even kidney transplant may be required. There is no cure available for AKI making it responsible for millions of deaths every year.

Protecting and treating injured kidneys remains an enormous challenge in medicine. An anti-oxidant drug NAC (N-acetylcysteine) considered the gold standard is generally used to protect kidneys from toxicity during procedures but this drug has poor bioavailability and thus has limited effectiveness.

Application of nanotechnology in biomedical methods including therapy has picked up pace in recent decades. But such applications have shown limitation in treating kidney diseases. In a new study, scientists from USA and China have described a novel preventive method for stopping AKI and treating it by using nanotechnology involving tiny self-assembling forms which measure just billionth of a meter in diameter. These shapes were designed and developed using the nanotechnology method called ‘DNA origami’ in which base pairing of four DNA nucleotides is used to engineer and fabricate what is called DNA origami nanostructures (DONs). These nanostructures – either triangular, tubular or rectangular in shape – can be then used for performing various tasks inside the body. The architecture of such nanostructures is ideally suited for living systems because they are stable and have low toxicity and immunogenicity.

DNA origami nanostructures self-assemble and latch onto different parts of the kidneys and form a protective layer around them. This has been seen when assessing their physiological distribution using quantitative imaging by positron emission tomography (PET). Their study is published in Nature Biomedical Engineering. The group prepared various DNA origami structures and also used radio labelling to study their behaviour in mouse kidney while analysing them using PET imaging. They were seen to accumulate in kidneys of healthy mice as well those who had AKI.

The study showed how DNA origami nanostructures act as a fast (within only 2 hours) and very active kidney protectant and were also therapeutic in relieving symptoms of AKI. Upon examination of their real-time distribution using PET scan it was see that rectangular nanostructures particularly were most successful in protecting kidneys in the same manner as a standard drug would. These structures track down oxygen-containing waste products and insulate the cells from damage due to oxidative stress. They help maintain balance of free radicals and anti-oxidant defences in and around the kidney reducing and alleviating oxidative stress which is the leading source and symptom of AKI. The measures taken by DONs stop the kidney disease to progress. DONs were tested both on living mice kidney and human embryonic kidney cells. These structures acted as a protective guard and improved kidney function in AKI as effectively as traditional drug therapies particularly NAC drug for AKI.

DNA origami structures were persistently present in kidneys which authors suggest is owing to several factors including resistance of DONs to digestive enzymes and their avoidance of immune system surveillance. Physiologically, improvement in kidney function was assessed by noting levels of serum creatinine and blood urea nitrogen and it was clear that there was significant improvement in kidney excretory function comparable to standard drug therapy.

This multidisciplinary study combines expertise of nanomedicine and in-vivo imaging and is the first ever to investigate distribution of DNA nanostructures in a living system by live tracking their behaviour. DONs have low toxicity in main organs of the body making them ideally suited for clinical use in humans. This modern technology is a strong foundation which can provide localized protection to kidneys from AKI and can be used to design novel therapeutic approaches for treating AKI and other kidney diseases. A solution for kidney diseases could become a reality for patients suffering from acute kidney injury. The study adds to the potential of therapeutic programmable nanostructures which can be used for targeted drug delivery and organ and tissue repair in the body.

Genetics of COVID-19: Why Some People Develop Severe Symptoms

Advanced age and comorbidities are known to be high...

Developing vaccine against malaria has been among the biggest...
- Advertisement -
Join Our Facebook Group
100,576FansLike
71,991FollowersFollow
3,465FollowersFollow
31SubscribersSubscribe
ADVERTISEMENT