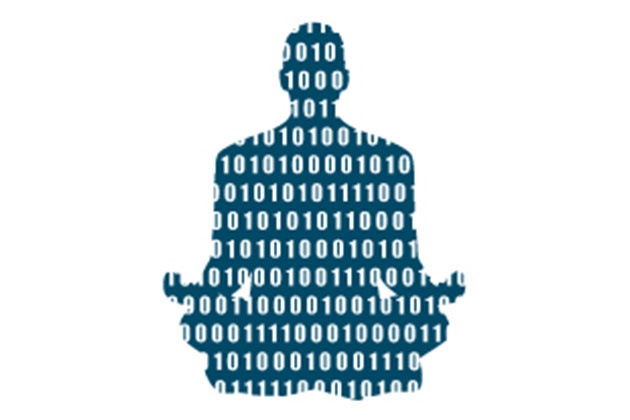 In today’s fast paced life where swiftness and multitasking are becoming a norm, adults especially young adults are facing enormous challenges including poor attention span, decreased academic/work performance, reduced contentment amidst huge distractions. Attention or focus towards a task or an event is a fundamental cognitive process which is critical for our higher-order cognition like memory, decision making, emotional well-being and daily activities. Some studies backed by moderate evidences have shown the potential of the act of meditation in reducing anxiety, depression and agony or pain by inducing changes in the brain.

In a study published on June 3 in Nature Human Behaviour, researchers describe a novel stand-alone personalized digital meditation training program called ‘MediTrain’ which lays emphasis on ‘focused-attention’ meditation with an aim to improve it for the users. The goal of the program is to achieve focused internal attention to one’s breath and while tackling distractions successfully returning one’s focus on breath. The main idea behind this program was to see if it can have a positive impact on concentration and attention span. Unlike other meditation apps available, MediTrain was designed, developed and tested as a meditation-inspired software program which integrates central aspects of traditional meditation with a neuroplasticity-based closed-loop algorithm for cognitive advancement – an approach which has been successful as part of other non-digital interventions.

The MediTrain program was tested in a randomized controlled trial with 59 healthy adult participants between 18 and 35 years of age who were split into two groups. 22 participants took part in the trial and used the program on an Apple iPad Mini2 and 18 participants were in the control group which used unrelated other meditation apps. The program starts by first instructing participants via a recording on how to focus their attention on their breath with their eyes closed, example by sensation of air in their nostrils or movement of their chest. Subsequently, they were instructed to be aware of their mind’s wandering (by certain distractions for example) and once wandering is detected then try to shift back their attention to their breath.

The program required a cumulative practice of 20-30 minutes every day consisting of very short meditation periods. At the start of use of the program, participants had to focus on their breath only for 10-15 seconds at one time. These durations were slowly increased as the participant learned how to maintain focus. Gradually over 6 weeks of using the program, participants were encouraged to increase the total amount of time in which they could maintain their focus. The participants regularly checked their daily progress and were asked if they were able to maintain focus in a simple yes/no. Based upon participant’s introspection and self-reporting after every meditation segment, closed loop algorithm of the program used an adaptive staircase algorithm to be able to adjust the difficulty at the next step i.e. gradually increase the duration of focus or decrease duration when focus wavers. So, this regular feedback taken by the program not only provides encouragement and allows introspection by participants, it is used by MediTrain to personalize lengths of the meditation sessions depending upon the abilities of each participant. This tailored method makes sure that participants do not get discouraged by their initial attempts. The data was sent directly from the app to the researchers.

Results showed that the attention span of participants was improved by an average of six minutes (after a start time of 20 seconds) while their self-reported wandering of mind went down at the end of six weeks. Also, response time across trials (RTVar) rates decreased significantly for participants of the program – lower rates are associated with better concentration. The improvements were also reflected in their brain activity in terms of positive changes in important neural signatures of attentional control as measured by electroencephalogram (EEG). The results of using MediTrain daily for 20-30 minutes were similar to what normally adults achieve after months of intensive meditation training. The participants had an improved ability to focus on their breathing, improved attention span and enhanced working memory. They were able to perform more consistently on specialized tests carried out after the 6-week period when compared to the control group.

MediTrain is a novel personalized meditation practice software which can be delivered using a digital technology – a mobile phone or a tablet. It is becoming increasingly important in the current digital era to be able to improve and sustain one’s attention span and working memory which has become challenging especially for the younger generation due to heavy use of media, visuals and technology.