Bridging the Gap Between Science and The Common Man: A Scientist’s Perspective 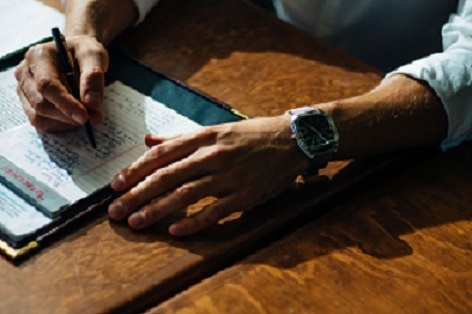 The hard work performed by the scientists lead to limited success, which is measured by peers and contemporaries by way of publications, patents and awards. As and when the success happens, it directly benefits the society in terms of novel discoveries and inventions that not only help people lead a better life but also brings adulation, admiration, recognition and respect for the scientists in the society. This can inspire young minds to take up science as a career provided that they become aware of the research performed by the scientist in a manner that is comprehensible to them. This is made possible through the dissemination of knowledge to the common man that resonates with them and necessitates the need for developing a suitable platform for scientists to share their work. Scientific European provides this by encouraging scientists to write about their work and connect them to society as a whole.

Scientists play a major role in the society by not only discovering and inventing new things for the benefit of mankind but can also shape the minds and careers of young students to train and become budding researchers by inspiring them to adopt science as a career option. The life of a Scientist is a challenging one, leading to success after a failure of umpteen number of experiments. However, as and when success happens, it provides a feeling of accomplishment and an unmatched sense of exhilaration. These successes lead to celebrations not only in terms of publication of their work in peer-reviewed journals, patenting the work, receiving awards and accolades, but also result in developing such as a device or a gadget (in terms of physical, material, engineering and chemical sciences), a drug (in terms of biological sciences) or a concept (in terms of social and environmental sciences) for the benefit of mankind. Publications in peer-reviewed journals, by far the only means of sharing the success of their hard work, is an expensive affair as each journal rightfully charges for the cost of publication which can run into at least a few hundreds of dollars for each publication. Even after toiling hard, succeeding and publishing in the relevant journals, it is extremely difficult for the content and knowledge described therein to reach the common man. This can be attributed to the inaccessibility of journals due to their cost, limited circulation and lack of awareness on where to find them, in addition to the scientific language and jargon that is used, making it incomprehensible for the general reader.

Scientific European has succeeded in this endeavour of transmission of scientific knowledge to the common man/general audience by providing analysis of news and review of current and upcoming inventions/discoveries that are published in peer-reviewed journals, for the benefit of science and making them understandable to the general reader. This has been accomplished by writing of articles/snippets about the novel discoveries and inventions, in a language that is understandable by the general audience, by the editorial team at the Scientific European.

In addition to the articles written by the team at Scientific European, the magazine also encourages subject matter experts (SME’s) in the field of physical, chemical, biological, engineering, environmental and social sciences to contribute articles about their work and about interesting news about science that will be of interest to the general reader and written in a manner that a common man can comprehend, thereby benefitting dissemination of science. These SME’s could be lecturers/senior lecturers and/or professors at the Universities, people holding key positions as principal investigators at Research Institutes and privately held companies as well as aspiring young Scientists that are developing their career in respective fields. The promulgation of science is extremely important in order to inspire the young students to adopt it as a career option, and helping bridge the knowledge gap between the Scientist and the common man.

Keeping in view the cost of publication that is charged to the authors in case of peer-reviewed publications, the management at the Scientific European has decided to provide this opportunity to the scientific community free of cost to the either side. This will help provide SME’s with a means of reaching out to general audience by sharing knowledge about their research and/or any current happenings in the field, and in doing so, gain recognition and adulation, when their work is understood and appreciated by the common man.

This appreciation and admiration coming from the society, is sometimes otherwise lacking from the peers and contemporaries, especially in the field of sciences in this competitive world. This can help boost the esteem of a scientist, who in turn, will encourage more youngsters to develop a career in science, leading to the benefit of mankind. Scientific European proudly presents a platform where the scientist can make himself/herself known by writing articles for the common man that are intellectually stimulating.

‘Scientific European’ is an open access magazine geared to general audiences. Our DOI is https://doi.org/10.29198/scieu.

We publish significant advances in science, research news, updates on ongoing research projects, fresh insight or perspective or commentary for dissemination to general people. The idea is to connect science to society. The scientists can publish an article about a published or an ongoing research project on a significant societal importance that the people should be made aware of. The published articles can be assigned DOI by the Scientific European, depending upon significance of the work and its novelty. We do not publish primary research, there is no peer-review, and articles are reviewed by the editors.

There is no processing fee associated with publication of such articles. Scientific European does not charge any fee to authors to publish articles aimed at dissemination of scientific knowledge in the area of their research/expertise to common people. It is voluntary; the scientists/authors do not get paid.

B.1.1.529 variant named Omicron, designated as a Variant of concern (VOC) by WHO