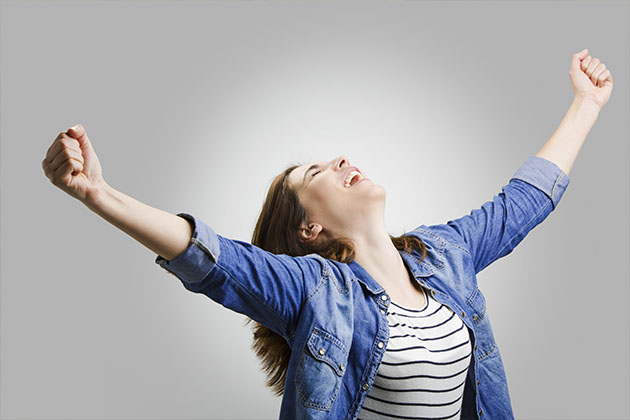 “Hot streak”, also called a “winning streak” is defined as consecutive wins or successes or a run of good luck. It’s somewhat of a mystery when and why do winning streaks happen in a person’s career i.e. when is the phase they are most successful in or have the best creative insights. Scientists and statisticians have pondered over this and have sometimes supported the theory of ‘probability’ for such consecutive successes. For example, in the field of sport, tossing of the coin theory is applied that if one tosses a coin several times a non-random sequence might occur at any given point. Other times it was believed that hard work could increase the possibility of a hot streak or it may at least help in continuing or maintaining it. There is still no comprehensive or logical explanation behind the concept of hot streak. Everyone wants to access the ‘secret formula’ for their elusive hot streaks because everyone chases abundant success in their careers.

The concept of “hot streak”

In a study published in Nature, researchers at Kellogg School of Management at Northwestern University, USA analysed and judged the careers dataset of 20,400 scientists, 6,233 motion picture/film directors and 3,480 individual artists focusing broadly on the fields of arts and sciences. For artists, researchers looked at the prices of their works which they simply charged and received at art auctions. A good way to judge film directors was looking at their ratings on the website IMDB (Internet Movie DataBase) because their ratings climbed up and down based upon how successful they were at a timepoint. For analysing career projections of scientists and researchers, it was seen how much their research works were cited in academic journals (data gathered from Google Scholar and Web of Science). Researchers explain that a “hot streak” defined as a period of powerful creative brilliance shown by people happens at least once in someone’s career and it usually continues for a period of about five years. During this fertile period, success achieved is higher than any other time in the career. Almost a quarter of this entire pool of people had two or more winning streaks. Therefore, this winning streak is very much “real” and not an untrue concept (as sometimes it is assumed) and it generally just occurs without any forewarning. For decades, analysts’ have maintained that everyone generally peaks sometime in the middle of a career, example, if someone starts working at 25 years and retires at 60, they experience a peak sometime in their late forties. However, evidence in this latest research says that hot streak is more “random” and can happen at any stage of someone’s career. So, this winning streak has nothing to do with age. For instance, a scientist or even an artist could have this streak of success or “peak of creativity” in early, middle or later part of his or her career.

Also, its analysed that the time period of five years signifies that once a hot streak gets kickstarted and high level of success is achieved, this leads to more frequent subsequent successes instilling good fortune in one’s career for some additional time in a sort of clustered manner. One prominent achievement can easily enhance a person’s and he or she may become more focused and feel good about what they are capable of. This bestows more fame and recognition for their work thus continuing their success streak for some more time. Major contribution also occurs because of the association with the right kind of people after the winning streak once starts. For example, a scientist who has achieved major success will get more grants/funding and awards and an artist might be able to build his own gallery and this can further bring more fame and popularity. Likewise, film directors may get more movie deals and films to direct and at a higher renumeration and profit share, not to mention more fame with film awards. The famous painter Vincent van Gogh had a hot streak in the year 1888 when he painted over 200 paintings and on the personal note he moved from Paris to smaller place amidst nature in South of France which made him happier and content. Albert Einstein, a famous theoretical physicist, had an extraordinary hot steak in 1905 when he discovered the theory of relativity and earned a Nobel Prize for it. Subsequently, he discovered the Brownian motion – how molecules interact with each other – marking this period a glorious time for physics discoveries.

Researchers do understand that science or art are highly subjective fields and quality of success cannot really be put out in the form of objective data. But there is still some universal method by which success can be judged. For example, scientists receive higher citations for their work when they are having a hot streak and this generally continues for up to 10 years. Similarly, film directors get higher IMDB ratings which measure up both the acclaim that they receive for their work and also the box office numbers. And, for artists, auction prices are a good indicator of their popularity and success and most importantly value of their work. And as the saying goes, nothing succeeds like success. One success leads to more opportunities for further successes, stream of money, awards and promotion. But because researchers aimed to do a statistical analysis so they were more interested in looking at the “value” which a person received in their career. Though in reality the definition of success is relative and some people define it in the ethical context bringing in mental contentment and happiness index.

Another important aspect of the winning streak is that not only is it real but also it cannot really be predicted and can occur at any given time. After a period of time, most likely five years, the hot streak can end for a person. In this study, no connection was seen between a person’s capability and productivity and the level of success they achieved in their career. Also, there is no noticeable increase in one’s productivity “during” the hot streak. However, a thriving ego is seen as one trait which could definitely lead up to creative streaks of success. And very hopeful it may sound, every person gets their share of successive runs, example 90 percent scientists had, so did 91 percent of artists and 88 percent of film director in the dataset analysed. So, it should be prevalent across other fields because too because these three occupations are already very diverse from each other and they were chosen for analysis mainly because of the ease of assembling their dataset. The “hot streak” is definitely a universal phenomenon.

The Milky Way: A More Detailed Look of the Warp