Homeopathy: All Dubious Claims Must be Put to Rest 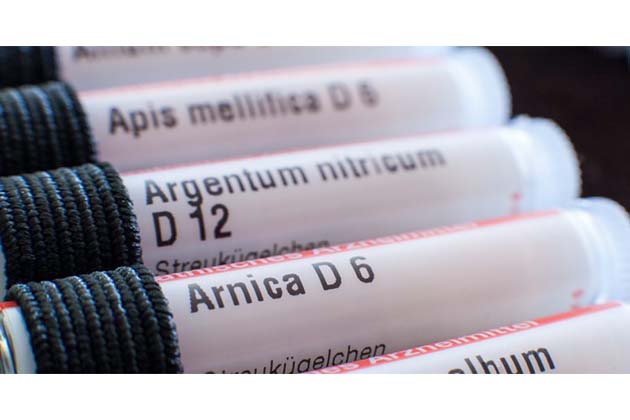 It is now a universal voice that homeopathy is ‘scientifically implausible’ and ‘ethically unacceptable’ and should be ‘rejected’ by the healthcare sector.

Healthcare authorities are now averse on wasting valuable government and public funds and resources towards ‘nonsense’ homeopathy because this only provides credibility to this absurd practise and puts people’s lives at risk by avoiding or denying them proper medication and care. The implausibility of homeopathy is now very much established because homeopathic preparations are highly diluted thus do not really contain any significant amounts of the “so called” active ingredients and therefore cannot have any kind of effect on the patient. There is also no concrete evidence available to support its effectiveness despite numerous studies being carried out.

The European Academies Science Advisory Council (EASAC), an umbrella organisation representing 29 national academies in Europe is calling for tougher regulations to control the spread of homeopathy in their report published recently1. Themember academies arenow reinforcingheavy criticism on the various health and scientific claims made for homeopathic products. The analysis and conclusions in this report are based on excellent, impartialscientific assessments which have already been published by legal authorities. The team has emphasizedthat while it is good to have alternative approaches to treatments but all these must strictly be driven by evidence and not some hyperbole of wishful thinking which puts patients to additional risks.

First and foremost, the very core of homeopathy is scientifically implausible. There is an absolute lack of scientific support for all the different mechanisms that are claimed by homeopathy. Most of its remedies are prepared in umpteen serial dilutions of water (based on the theory that a ‘substance’ will leave its ‘imprint’ on the water) resulting in an inconsistent or rather useless solution having no trace of the ‘original ‘substance in it. This mechanism, first of all, fails to be justified2 because it is neither plausible nor demonstrable and also doesn’t follow the principles of drug-receptor interaction of pharmacology3.These principles have been long-established to explain drug-receptor interaction and set central principles for any drug/medicine when delivered to a biological system. These principles have been substantiated from time to time through continuous research4. Further, there is not a single scientific evidence for any of the mechanisms claimed by homeopathy including electromagnetic signals (if any) and theso called ‘water memory’2.

Secondly, let us analyse the ‘mechanism’ of homeopathy in a greater detail. Looking at the chemical structure of water, if any ingredientis dissolved in it followed by several serial dilutions, then the actual impact of this ingredient on water will be of a very short range (in nanometres, 10-9 meters) and so the impact will not extend beyond the hydration layer thus having no consequential long-term effects. This is proposed from various theoretical scientific studies based upon spectroscopy findings and measurements which define long-range molecular order effects and interactions in spaceand time5,6. Therefore, the chemical structure and dynamics of water itself refute the claim made that the ingredient which is dissolved in water through serial dilutions is leaving any ‘imprint’ on it at all – the central idea on which homeopathy is based upon- and these explanations has been published time and again to prove the scientific implausibility of the proposed ‘long-term’ memory of water7,8.

Scientists say that since homeopathic treatment is not scientifically possible, and the homeopathy ’sugar pills’ don’t contain any active ingredients, any benefit seen on the patient can be mainly due to the placebo effect – when people believe the pills are going to help them with a condition, this belief can trigger a healing responseand most of the time, the nature course of illness and regression will take care of things. These happenings start propagating the false notion that homeopathy is of benefit.A comprehensive literature analysis of 110 homeopathy trials and 110 matched conventional medicine trials have shown9 a similar assessment confirming that the clinical effects of homeopathy are statistically very similar to placebo effects. Further, a detailed assessment of five large meta-analysies of different homeopathic trials has also concluded same results9,10. In this analysis all inadequate trails, bias and random statistical variation were excluded and showed that homeopathy medicine produced results statistically similar effect when compared to placebo and nothing more.

The Cochrane Database of Systematic Reviews (CDSR)11 is the leading, reliable resource for systematic reviews in health care.These reviews are very comprehensive, encompassing peer-reviewed protocols, standard evaluation processes and most importantly transparent analysisof data. The Cochrane Reviews of homeopathic treatments include those for dementia, asthma, autism, influenza and many more and the systematic assessments carried out in these reviewsconclude ‘no’ or ‘insufficient’ evidence to assess any possible effect of homeopathy. A debate published in 2015 in British Medical Journal12 showcases a comprehensive review of literaturediscussing the efficacy of homeopathy and also the contested claims put up by various sources which support or promote claims of homeopathy.

Questions raised on safety and quality

Since a homeopathic medicine or preparation is believed to be diluted to several degrees, it is very well assumed that no questions need to be raised about any types of safety concerns. Many scientists believe that this may not be necessarily true in practice. For example,in a very recent report, a starting ingredient (belladonna) for a homeopathic teething drug for infants was found to be having toxicity and it led to adverse effects in patients13. Such evidences – which have been investigated by USA’s Food and Drug Administration (FDA) – on lack of clarity and compromise on safety and quality by homeopathic practitioners is a big cause of concern and needs immediate attention. Highly consistent regulatory requirements need to be in place to demonstrate the efficacy and safety of all homeopathic products (used in preparing medicines) and these need to be based upon verifiable and solidscientific evidence which is currently not the case. Since no clear evidences are available, these homeopathic products are recommended by regulatory authorities to be not be granted approved or even registered at all1.

Keeping patient in the dark

Actually, with any type of medical treatment, there is likely to be some degree of placebo effect, hence this can be true for homeopathy. Interestingly, supporters of homeopathy argue that if the patient feels a placebo effect then there is ‘still’ a benefit to the patient. Scientists counter argue that if this is indeed correct and homeopaths accept that ‘placebo’ is the only benefit then they are effectively lying to the patients by claiming other non-achievable aspects and not clearly informing the patient about the placebo effect. This approach is against the core principal of ethics in the medical field – transparency with the patient and an informed-consent for treatment.

Also, the homeopathic solutions are never revealed to the patients making them to only guess all along their so-called treatment. For majority of homeopathic drugs, the bottle is not properly labelled with ingredients and it is never highlighted that their efficacy is actually based only on traditional homeopathic theories with no backing of any scientific concepts. On the contrary, homeopaths make bold direct or implied claims that their drugs have the potential to treat various medical conditions. All these aspects are unethical and these are misleading to the general public. To tackle this, the EASAC, for instance has set up regulations within Europe1 to diminish dubious claims and false, misleading advertisements by homeopaths. They have imposed restrictions on media coverages on homeopathic treatments on all public TV channels and public health programs. For now, they havemade it mandatory for homeopathic product labels to clearly identify ingredients and their amountsfor patients’ information.

Such measures need to be implemented in countries where homeopathy is already widespread e.g. India and Brazil. It is extremely important to make the public realize that homeopathy does not follow the fundamental ethical principles and going this route only creates unnecessary delays in seeking appropriate medical care. It also becomes the moral duty of every healthcare worker to take a stance against homeopathy and especially the pharmacists who try to sell these homeopathic remedies over pretence that they are more than placebos.Sometimes, homeopathy is confused with natural products such as herbal medicines (some of which may even have a plausibility unlike homeopathy). Therefore, media can play an important role in facilitating accurate dissemination of evidence-based scientific knowledge to the public.

3. Tallarida and Jacob 1979. The Dose–Response Relation in Pharmacology. Springer-Verlag.

The Gene variant that protects against severe COVID-19

A gene variant of OAS1 has been implicated in...