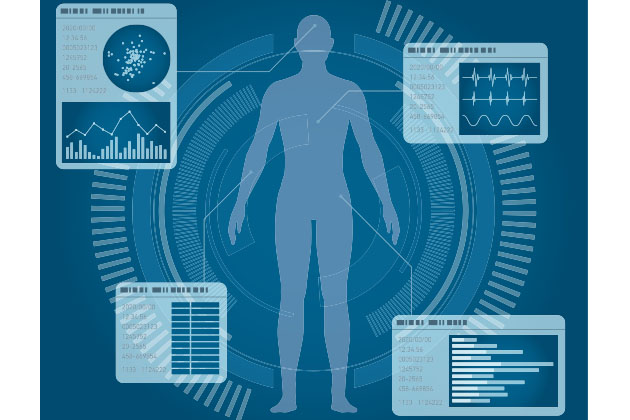 Discovery and design of wearable electronic devices which can be worn by customers on their body is on the rise in the past several years. Such a wearable technology or gadget can be attached to human skin and can, for instance, track heath or fitness status of an individual. Such ‘health or activity trackers’ and smartwatches are now manufactured by several technology players in the market and their popularity is on the rise. They have small motion sensors which allow syncing with mobile devices. These have become a part of the daily lives of people.

A speaker and microphone which can be worn!

Scientists from UNIST ‘s School of Energy and Chemical Engineering have designed an innovative wearable technology for human skin which becomes a ‘stick-on’ speaker and microphone. This material is an ultrathin, transparent hybrid nanomembranes (less than 100 nanometres) which are conductive in nature. This nanomembrane can turn into a loudspeaker which can be attached to any device to produce sound. The nanomembranes are basically thin separation layers with nanoscale thickness. They are highly flexible, ultralight in weight and have superior adhesibility because of which they can directly attach to any type of surface. Routinely available nanomembranes are prone to tear and exhibit no electrical conductivity and this is reason that such emerging technologies have been limiting. To bypass these limitations, researchers embedded a silver nanowire matrix within a transparent polymer nanomembrane. Such a hybrid then has the additional property of being conductive part from being ultrathin, transparent and overall is unobtrusive in appearance. The thinness is remarkable and means it is 1000 times thinner than a single sheet of paper! The additional properties facilitate efficient interaction with curved and dynamic surfaces without rupturing or cracking. Using such hybrid nanomembranes which have remarkable optical, electrical, and mechanical properties enabled researchers to fabricate loudspeakers and microphones which could be attached to the skin.

The speaker used an AC electrical voltage to heat the silver nanowire matrix which then produced sound waves (thermoacoustic sound) due to temperature-induced oscillations in the surrounding air. For practical demonstration, they used a commercial microphone to detect and record the sound. The speaker device attached to the skin played well and sounds were easily recognizable. To work as a microphone, hybrid nanomembranes were inserted between elastic films (micropatterned polydimethylsiloxane) with small patterns in a sandwich like structure. It could detect sound and vibration of vocal cords with precision. This happens because of the triboelectric voltage which is generated during contact with the elastic films. This was also practically tested and worked smoothly.

Such a paper-thin, stretchable, transparent skin-attachable technology which converts human skin into a loudspeaker or microphone is indeed interesting for customers for recreational purposes. This technology can also be useful in commercial applications. Example, the design of microphone could be modified to be used to unlock voice-activated security systems for smartphones or computers. It can be used for hearing and speech impaired, for use in sensors and conformal healthcare devices. For commercial usage device’s mechanical durability and performance will need to be improved. This study has set the path for new generation of wearable sensors and devices. The concern for safety for such wearable devices remains. Though very little scientific literature is available to comprehensively prove the harmful effects of such devices, it is well known that these devices emit radiation, especially cell phones and wi-fi connections. It is concerning that these electronic devices are worn so they are in direct contact with our body. A possibility exists that extended exposure from these devices could cause long term health risks to a person. More awareness is needed both on the part of manufacturers and consumers about whether such devices have been designed by following all correct safety procedures.

Variants of Coronavirus: What We Know So Far

Gravity Waves Above the Skies of Antarctica