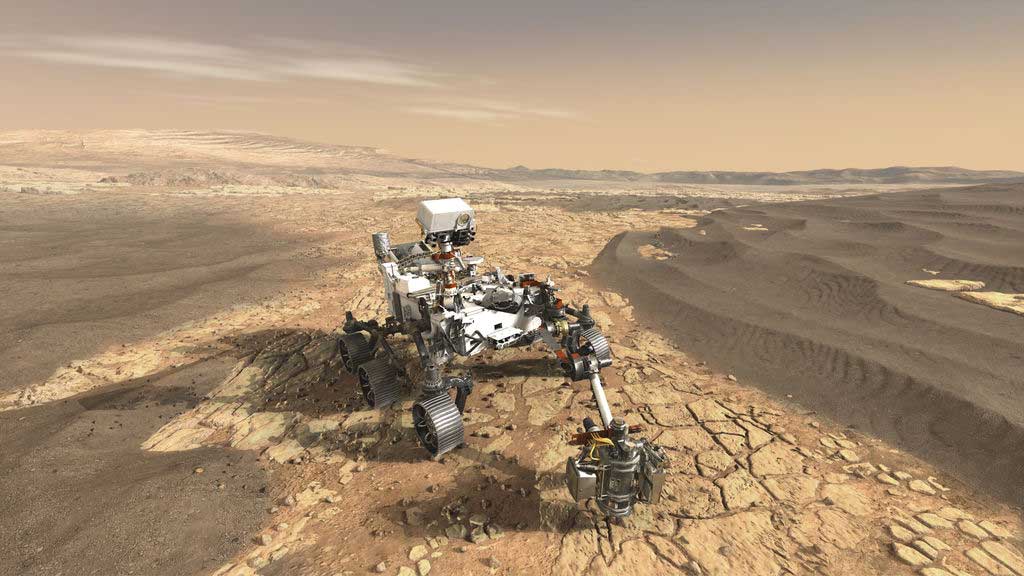 NASA’s ambitious mars mission Mars 2020 was successfully launched on 30 July 2020. Perseverance is the name of the rover.

The main task of Perseverance is to seek signs of ancient life and collect rock and soil samples for possible return to Earth.

Mars is cold, dry planet today. However, it was once very different with wet conditions billions of years ago. The wet condition had lasted long enough to potentially support the development of microbial life. This Mars mission is significant and ambitious from this point. Perseverance is designed to better understand the geology of Mars and look for signs of ancient life particularly in special rocks known to preserve signs of life over time.

The Mars rover, Perseverance will collect and store a set of rock and soil samples in about 30 tubes. In future, some other spacecraft will pick up and bring these samples to Earth by return flight possibly by 2031.When that happens, the rocks will become the first samples ever to have brought directly from Mars to Earth (samples from other celestial bodies do fall on earth occasionally in the form of meteorites though).  So far, the scientists have collected samples from moon, asteroids, solar wind and comet Wild 2 but not from any planet.

It will also test new technology to benefit future robotic and human exploration of Mars. This includes a new autonomous navigation system for avoiding hazards which will allow the rover to drive faster in challenging terrain and a set of sensors for gathering data during the landing.

Soon after its launch, the spacecraft entered safe mode state after it was placed on an interplanetary trajectory due to technical reasons. During this, all but essential systems were turned off.

Now, the spacecraft has exited safe mode, returned to nominal flight operations and successfully cruising to Mars. The rover is expected to land on Jezero Crater, Mars on February 18, 2021.The trip to Mars will take about seven months and about 300 million miles. The mission duration is at least one Mars year (about 687 Earth days).

A pair of astronomers have made the big discovery...

In order to explore the dark energy, the Dark...

A Novel Method for Real Time Detection of Protein Expression