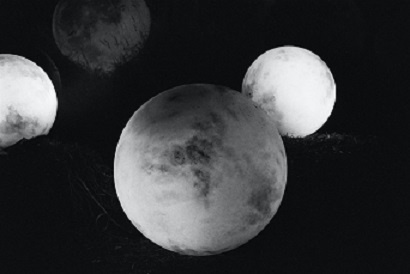 A recent study has revealed that all the seven exoplanets in the stellar system of TRAPPIST-1 have similar densities and Earth-like composition.This is significant because it builds the knowledge-base for a model of understanding of Earth-like exoplanets outside of solar system.

Stars in the galaxies have stellar systems comprising mainly of their planets and satellites. For example, our home stellar system viz. solar system has nine planets (of varying densities, sizes and compositions) and their satellites. Mercury, Venus, Earth and Mars, the four planets closet to Sun have rocky surfaces hence are referred to as terrestrial planets. On the other hand, Jupiter, Saturn, Uranus, Neptune are made of gases. The planet Earth in the stellar system of Sun is unique in supporting life.

The quest for Search of habitable worlds beyond Eartth means search for habitable planets in the stellar systems of other stars. There could be trillions of planets outside of the solar system. Such planets are called exoplanets. Does any of the innumerable exoplanets support life? Any such exoplanet can only be terrestrial one with hard rocky surface like Earth. Study of terrestrial exoplanets therefore, is a very interesting area of study. The exoplanet community is an active research community in pursuit of identifying potential life-bearing worlds in the stars outside of the solar system.

The dwarf star TRAPPIST-1 was discovered in 1999. This ultra-cool star is situated at a distance of 40 light years. In 2016, three exoplanets were reported in the stellar system of this star which was revised to seven subsequently in 2017. Three of the exoplanets are thought to be in habitable zone (1) .

The knowledge about these exoplanets in the stellar system of TRAPPIST-1 is growing continuously. The earlier studies had revealed that these planets are roughly the size and mass of the Earth. This meant these planets have rocky surfaces hence Earth-like terrestrial planets. And, these are closely located in orbits in close proximity to the star. The latest finding reported is that all the planets are of similar densities and made of similar materials.

Using space and ground-based telescopes, the scientists have done a precise measurement of the transit times (the time taken by the planets to transit the star measured indirectly by dips in the brightness of the star when the planets cross in front of it) which enabled them refine the mass ratios of the planets to the star. Following this, they carried out photodynamical analysis and derived the densities of the star and the planets. This revealed that all the seven exoplanets have similar densities and Earth-like composition possibly due to little less iron content than the Earth (2,3).

This latest development in the understanding of density and composition of planets in the stellar system of TRAPPIST-1 is significant because it builds the knowledge-base for a model of understanding of Earth-like exoplanets outside of solar system.

Homeopathy: All Dubious Claims Must be Put to Rest

It is now a universal voice that homeopathy is...