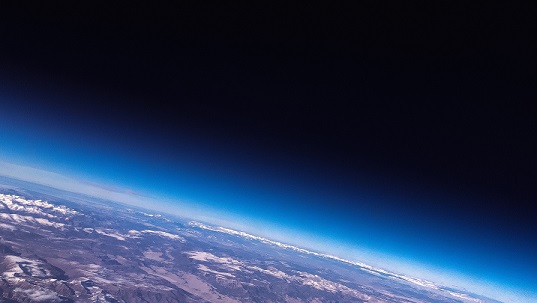 New research expands role of Earth’s magnetic field. In addition to protecting Earth from harmful charged particles in incoming solar wind, it also controls how the energy generated (by charged particles in solar winds) is distributed between two the poles. There is northern preference meaning more energy is diverted to magnetic north pole than magnetic south pole.

Earth’s magnetic field, formed due to flow of superheated liquid iron in the outer core of Earth below 3000 km from the surface plays very important role in our life. It deflects the stream of charged particles emanating from the Sun away from the Earth thus shielding life from the harmful effects of ionising solar winds.

When the electrically charged particles in the solar wind flows in the atmosphere, they generate energy. This terrestrial electromagnetic energy is hitherto understood to be symmetrically distributed between north and south poles. However, new research using the data from the Swarm satellite in polar low-Earth orbit (LEO) at an altitude of around 450 km, has shown that this is not the case. The energy is preferentially distributed to the north pole. This asymmetry of northern preference means more of terrestrial electromagnetic energy heads towards magnetic north pole than towards magnetic south pole.

Earth’s magnetic field thus, also plays role in distribution and channelising of the terrestrial electromagnetic energy (generated due to entry of electrically charged particles) in the atmosphere.

Ionising radiations in the solar wind is known to have potential to cause damages to communication networks, satellite-based navigation systems and electrical grids. Better understanding of earth’s magnetic field would be helpful in planning safety and protection against solar winds.

A pair of astronomers have made the big discovery...

Researchers have studied an alternative approach to regulate immune...