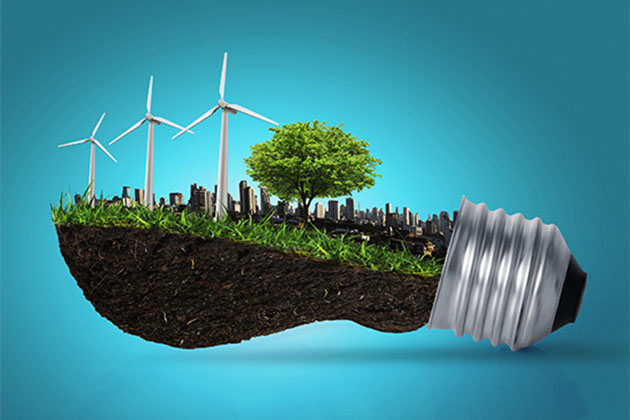 Lignin is a material which is a constituent of cell wall of all dry land plants. It is the second most abundant natural polymer after cellulose. This material is the only polymer found in plants which is not composed of carbohydrate (sugar) monomers. Lignocellulose biopolymers provide shape, stability, strength and rigidity to plants. Lignocellulose biopolymers consist of three main components: cellulose and hemicellulose form a framework in which lignin is incorporated as a kind of connector thus solidifying the cell wall. Cell wall lignification makes plants resistant to wind and pests and helps them from rotting. Lignin is a vast but very underutilized renewable resource of energy. Lignin which represents up to 30 percent of the lignocellulose biomass is an unexploited treasure – at least from a chemical point of view. The chemical industry depends mostly on carbon compounds for creating different products like paint, artificial fibres, fertilizers and most importantly plastic. This industry does use some renewable resources like vegetable oil, starch, cellulose etc but this comprises only 13 percent of all compounds.

Lignin, a promising alternative to petroleum for making products

In fact, lignin is the one and only source of renewable on earth that contains a large number of aromatic compounds. This is of importance because aromatic compounds are generally extracted from the non-renewable source petroleum and then are used to produce plastics, paints etc. Thus, the potential of lignin is very high. In comparison to petroleum which is a non-renewable fossil fuel, lignocelluloses are derived from wood, straw or Miscanthus which are renewable sources. Lignin can be grown in fields and forests and are generally neutral towards the climate. Lignocelluloses is being considered as a serious alternative to petroleum in past few decades. Petroleum drives the chemical industry at present. Petroleum is a raw material for many basic chemicals which are then used to produce useful products. But petroleum is non-renewable source and is dwindling, therefore focus needs to be on finding renewable sources. This brings lignin into the picture as appears to be a very promising alternative.

Lignin is full of high energy but retrieving this energy is complicated and an expensive process and thus even biofuel generated as the end result is generally very high on cost and cannot economically replace “transportation energy” currently in use. Many approaches have been researched for developing cost effective ways of breaking down lignin and converting it into valuable chemicals. However, several limitations have restricted conversion of a touch plant matter like lignin to being used as an alternative energy source or even try making it more cost effective. A recent study has successfully engineered bacteria (E. Coli) into acting as an efficient and productive bioconversion cell factory. Bacteria grow and multiple very fast and they are able to withstand harsh industrial processes. This information was combined with understanding of naturally available lignin degraders. The work was published in the Proceedings of the National Academy of Science USA.

The team of researchers led by Dr Seema Singh at the Sandia National Laboratories solved three main problems that are encountered in turning lignin into platform chemicals. The first major hurdle is that bacteria E.Coli generally does not produce the enzymes which are needed for conversion. Scientists tend to solve this problem of making enzymes by adding an “inducer” to the fermentation ring. These inducers are effective but are very expensive and thus do not fit well in the concept of biorefineries. Researchers tried a concept wherein a lignin derived compound like vanilla was used as a substrate as well as an inducer by engineering the bacteria E.Coli. This would bypass the need for an expensive inducer. Though, as the group discovered, vanilla wasn’t a good choice particularly because once lignin breaks down, vanilla is produced in large quantities and it starts inhibiting the function of E.Coli i.e. vanilla starts creating toxicity. But this worked in their favour when they engineered the bacteria. In the new scenario, the very chemical that is toxic to the E.Coli is used to initiate the complex process of “lignin valorisation”. Once vanilla is present, it activates the enzymes and bacteria starts to convert vanillin into catechol, which is the desired chemical. Also, the amount of vanillin never reaches the toxic level as it gets autoregulated in the current system. The third and final problem was of the efficiency. The system of conversion was slow and passive thus researchers looked into more effective transporters from other bacteria and engineered them into E. Coli which then fast tracked the process. Overcoming toxicity and efficiency problems by such innovative solutions can help make the production of biofuel a more economical process. And, removal of an external inducer along with incorporation of auto-regulation can further optimize the biofuel-making process.

It is well established that once lignin is broken down, it has the ability to provide or rather “bestow upon” valuable platform chemicals which can then be converted to nylon, plastics, pharmaceuticals and other important products which are currently derived from petroleum, a non-renewable energy source. This study is relevant in being a step towards researching and developing cost-effective solutions for biofuel and bioproduction. Using bioengineering technology we can produce larger quantities of platform chemicals and several other new end products, not just with bacterial E.Coli but also with other microbial hosts. Authors’ future research shall focus on demonstrating an economical production of these products. This research has a huge impact on energy generation processes and the expansion of range of possibilities for green products. The authors remark that in the near future lignocellulose should definitely complement petroleum if not replace it.

Development of multi-drug resistance (MDR) bacteria in the past...

The Science of Brown Fat: What more is Yet to be Known?

Brown fat is said to be “good". It is...
- Advertisement -
Join Our Facebook Group
100,530FansLike
71,855FollowersFollow
6,467FollowersFollow
31SubscribersSubscribe
ADVERTISEMENT