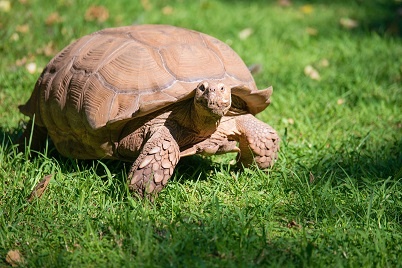 Galápagos archipelago in Ecuador is remarkable for its rich and unique biodiversity. The Galapagos National Park cover 97% of the land area of the islands and the waters around the islands is designated ‘Marine Biosphere Reserve’ by UNESCO. Colourful sea birds, penguins, marine iguanas, swimming sea turtles, giant tortoises, variety of marine fish and molluscs, and the islands’ iconic turtles are some of unique animal species endemic to the island.

Galápagos is a very significant biological hotspot. It became famous worldwide because of its association with the landmark theory of evolution by natural selection. The British naturalist, Charles Darwin visited the islands way back in 1835 while on voyage on HMS Beagle. The endemic species of animals on the islands inspired him to conceive the theory of origin species by natural selection. Darwin had noted islands differed on physical and geographical features like soil quality and rainfall. So did plants and animal species on different islands. Remarkably, the shapes of shells of giant tortoise were different on different islands – on one island the shells were saddle shaped while on the other, the shells were dome shaped. This observation made him think how new species could come into being at different locations in the course of time. With the publication of Darwin’s Origin of Species in 1859 theory, the biological uniqueness of Galápagos islands became well recognised worldwide.

Given islands are volcanic in origin with an average rainfall and vegetation, one of the issues is to explain the mechanism of interaction of factors that support and sustain such a rich ecosystem comprising of unique wildlife habitats. This understanding is important for assessing and mitigating vulnerability of the islands to current environmental realities like climate change.

It is known for some time that rising up (upwelling) of the nutrient-rich deep waters to the surface of the sea around the islands support the growth of phytoplankton (microscopic single-celled photosynthetic organisms like algae) which form the base of the food webs of the local ecosystems. Good base of phytoplankton means the creatures forward in the food chain thrive and flourish. But what factors determine and control the upwelling of deep waters to the surface? According to the latest research, local northward winds play a key role.

Based on a regional ocean circulation modelling, it has been found that the local northward winds at upper-ocean fronts generates a vigorous turbulence that determines the intensity of upwelling of deep waters to the surface. This localized atmosphere–ocean interactions is at the foundation of sustenance of the Galápagos ecosystem. Any assessment and mitigation of vulnerability of the ecosystem should factor this process in.

COVID-19 Outbreak: Bill Introduced in the US Congress to Audit Anthony Fauci’s Emails

A study has successfully developed and tested an external...