Climate Change: Rapid Melting of Ice Across the Earth 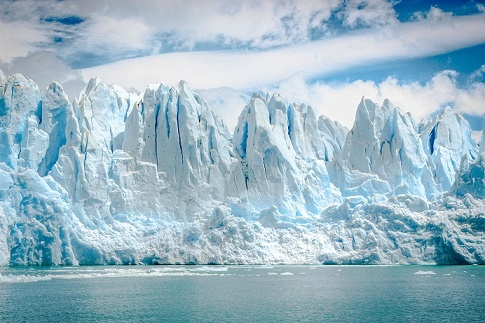 The rate of ice loss for Earth has increased by 57% from 0.8 to 1.2 trillion tonnes per year since 1990s. As a result, the sea level has risen by about 35 mm. The majority of the ice loss is attributed to warming of the Earth.

Climate change, one of the key environmental issues facing mankind is the culmination of the chain of interlinked manmade processes. Deforestation, industrialisation and other related activities lead to an increase in greenhouse gases in the atmosphere which in turn traps more infrared radiation leading to an increase in temperature of the Earth (global warming). A warmer Earth leads to global ice loss caused by melting particularly in glaciers, in mountains and polar regions. As a result, sea level rise hence the increased risk of flooding in coastal areas and adverse impact on society and economy at large. The main reason for the Earth’s ice loss is global warming. The extent of ice loss in quantitative terms in relation to Earth’s warming was not known hitherto.  A new research sheds light on this for the first time.

The rise in sea level will adversely affect the coastal communities in times to come.