Carbon Capture Based on Crystallization of Bicarbonate-water Clusters: A Promising Approach to Control Global Warming 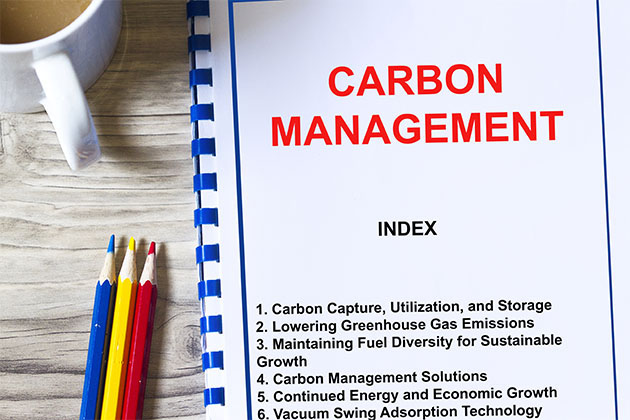 Greenhouse emissions are the biggest contributor towards climate change. Emissions of critical greenhouse gases is a result of large-scale industrialization and human activity. Most of these greenhouse emissions are of carbon dioxide (CO2) from burning of fossil fuels. The total concentration of CO2 in the atmosphere has increased by more than 40 percent ever since the era of industrialization started. This steady increase in greenhouse emissions is warming the planetin what is termed as ‘global warming’ as computer simulations have shown that emissions are responsible for increase in the average surface temperature of earth over time indicating ‘climate change’ due to changes in rainfall patterns, storm severity, sealevels etc. Thus,developing suitable ways of ‘trapping or capturing’carbon dioxidefrom emissions is a critical aspect of tackling climate change. Carbon capture technology has been around for decades but has recentlyacquired more focus due to environmental concerns.

The standard procedure of carbon capture involves trapping and separating CO2 from a gaseous mixture, then transporting it to storage and storing it remotely away from the atmosphere usually underground. This process is highly energy intensive, involves several technical issues, risks and limitations, for example, high probability of leakage at the storage site. A new study published in Chem describes a promising alternative for capturing carbon. Scientists at Department of Energy USA have developed a unique method to remove CO2 from coal-burning power plants and this process requires 24 percent less energy when compared to benchmarks which are currently deployed in the industry.

Researchers worked on naturally occurring organic compounds called bis-iminoguanidines (BIGs) which have the ability to bind to negatively charged anions as seen inprevious studies. They thought that this particular property of BIGs should also be applicable to bicarbonate anions. So BIGs can act like a sorbent (a substance which collects other molecules) and convert CO2 into solid limestone (calcium carbonate). Soda lime is a mixture of calcium and sodium hydroxides used by scuba divers, submarines and other closed breathing environments to filter exhaled air and prevent any dangerous accumulation of CO2. The air can be then recycled multiple times. For example, rebreathers for scuba divers enables them to stay underwater for long time which is otherwise impossible.

Based upon this understanding they developed a CO2 separation cycle which used an aqueous BIG solution. In this particular carbon-capture method they passed flue gas through the solution which caused CO2 molecules to bind to BIG sorbent and this binding would crystallize them into a solid type of organic limestone. When these solids were heated to 120 degrees Celsius, bound CO2 would be released which could then be stored. Since this process occurs at relatively lower temperatures compared to existing carbon-capture methods, the energy required for the process is reduced. And, solid sorbent could be be dissolved again in water and recycled for reuse.

Current carbon-capture technologies have many persistent issues like problem with storage, high energy cost etc. The primary issue is use of liquid sorbents which either evaporate or decompose over time and also require at least 60 percent of total energy for heating them which is very high. The solid sorbent in the current study overcame the energy limitation because CO2 is captured from a crystallized solid bicarbonate salt which required around 24 percent lesser energy. There was also no sorbent loss even after 10 consecutive cycles. This lower need for energy can bring down costs of carbon capture and when we consider billions of tons of CO2, this method can be very impactful by making greenhouse emissions nullthrough adequate capture.

One limitation of this study is the relatively low CO2 capacity and absorption rate which is due to the limited solubility of BIG sorbent in water. Researchers are looking at combining traditional solvents like amino acids to these BIG sorbents to address this limitation. The current experiment has been done on a small scale in which 99 percent CO2 was removed from exhaust gases. The process needs to be further optimized so that it can be scaled up to capture at least a ton of CO2 every day and from any different types of emissions. The method must be robust in handling contaminations in emissions.The ultimate goal of a carbon capture technology would be todirectly capture CO2 from the atmosphereby using an affordable and energy efficient method.

Vital Sign Alert (VSA) Device: A Novel Device for Use in Pregnancy

A novel vital signs measurement device is ideal for...

Influence of Gut Bacteria on Depression and Mental Health