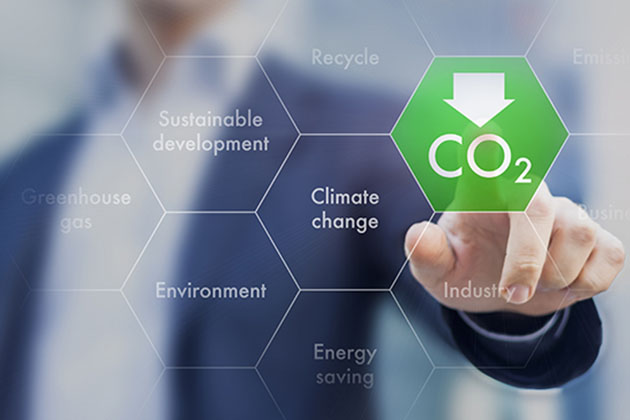 In a study published in Joule, carbon dioxide (CO2) which is generated by directly capturing from air can be then processed for removal of carbon. This can enable us to produce carbon-neutral hydrocarbons which are a better alternative for carbon-free sources that are currently used like solar or wind. A Canadian company called Carbon Engineering, a CO2 capture and clean fuel enterprise worked in collaboration with Harvard University to achieve this. The company is founded by Prof David Keith who is also a professor of Physics at Harvard University

The idea of direct air capture technology is very straightforward. Giant fans are used to draw ambient air into contact with an aqueous solution which sucks out CO2 from the air, cheaply and directly and then traps it. This carbon dioxide is then stick into a liquid. Using heating and some chemical reactions this carbon dioxide is re-extracted (or separated from the liquid). Finally, carbon dioxide is now prepared for further use. Example, it is mixed with hydrogen to turn this whole thing into combustible fuels like gasoline. The end goal is using this carbon as a source for making valuable chemicals like fuels.

Carbon Engineering have successfully achieved CO2 capture and fuel generation. The idea of direct air capture has been around for quite a while. But this is the first time that a pilot plant study taking care of scalability and cost-effectiveness has been successfully implemented. Using standard industrial equipment, the plants by this company look capable of manufacturing 2,000 barrels of fuel in a day which could translate to 30 million gallons per year across their plants. Prof Keith claims that direct air capture will cost roughly $94-$232 per ton of carbon dioxide captured which is quite reasonable. This cost is effectively lower compared to the value being set at $1000 per ton in theoretical analyses carried out by different research groups. At this low price of $94-$232 per ton, direct air capture could easily take on around 2 0percent of global carbon emissions. These emissions are a result of flying, driving and transportation needs worldwide. The fuels prepared from this direct air capture method are compatible with existing fuel distribution and also the type of transport which is used. The technology would remain the same but a more efficient and environment friendly way to deliver this technology would be adapted.

Researchers state that these results have been achieved after decades of practical engineering and cost analysis. They are optimistic and confident that this technology is viable, buildable and scalable for producing carbon-neutral fuels in the near future. It can help to reduce the carbon footprint and there could be a possibility of even removing carbon altogether in the long run. They aim to complete the full study on a much larger industrial scale by 2021. The study opens up the possibility of stabilising climate at an affordable and practical price without majorly altering an energy system (e.g. transportation).

Researchers have reported a new way to treat Urinary...

Notre-Dame de Paris: An Update on ‘Fear of Lead Intoxication’ and Restoration