A Novel Method Which Could Help Forecast Earthquake Aftershocks 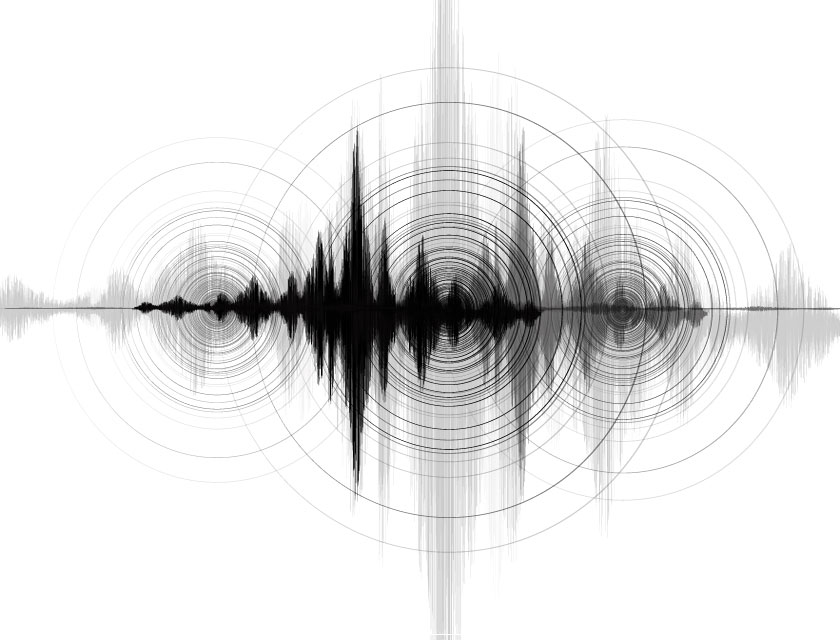 An earthquake is a phenomenon caused when rock underground in the Earth’s crust suddenly breaks around a geological fault line. This causes rapid release of energy which produces seismic waves which then make the ground shake and this is the sensation we fell during an earthquake. The spot where the rock breaks is called focus of the earthquake and place above it on ground is called ‘epicentre’. The energy released is measured as magnitude, a scale to describe how energetic was an earthquake. An earthquake of magnitude 2 is barely perceptible and can be recorded only by using sensitive specialized equipment, while earthquakes of more than magnitude 8 can cause the ground to noticeably shake very hard. An earthquake is generally followed by many aftershocks occurring by a similar mechanism and which are equally devasting and many times their intensity and severity is similar to the original earthquake. Such post-quake tremors occur generally within the first hour or a day after the main earthquake. Forecasting spatial distribution of aftershocks is very challenging.

Scientists have formulated empirical laws to describe size and time of aftershocks but pinpointing their location is still a challenge. Researchers at Google and Harvard University have devised a new approach for assessing earthquakes and forecasting location of aftershocks using artificial intelligence technology in their study published in Nature. They specifically used machine learning – an aspect of artificial intelligence. In the machine learning approach, a machine ‘learns’ from a set of data and after acquiring this knowledge it is able to use this information to make predictions about newer data.

Researchers first analysed a database of global earthquakes using deep learning algorithms. Deep learning is an advanced type of machine learning in which neural networks try and mimic the thinking process of human brain. Next, they aimed to be able to forecast aftershocks better than random guessing and try to solve the problem of ‘where’ the aftershocks will occur. Observations collected from more than 199 major earthquakes around the world were utilized consisting of around 131,000 mainshock-aftershock pairs. This information was combined with a physics-based model which describing how Earth would be strained and tense after an earthquake which will then trigger aftershocks. They created 5 kilometer-square grids within which system would check for an aftershock. The neural network would then form relationships between strains caused by main earthquake and the location of aftershocks. Once neural network system was well-trained in this manner, it was able to predict location of aftershocks accurately. The study was extremely challenging as it used complex real-world data of earthquakes. Researchers alternatively set up artificial and kind of ‘ideal’ earthquakes to create forecasts and then examined the predictions. Looking at neural network output, they tried to analyse what different ‘quantities’ are likely to control forecasting of aftershocks. After doing spatial comparisons, researchers arrived to a conclusion that a typical aftershock pattern was physically ‘interpretable’. The team suggests that a quantity called the second variant of deviatoric stress tension – simply called J2 – holds the key. This quantity is highly interpretable and is routinely used in metallurgy and other fields but has never used before for studying earthquakes.

Aftershocks of earthquakes cause further injuries, damage properties and also hinder rescue efforts therefore predicting them would be life-saving for humanity. Real time forecast may not be possible at this very moment as the current AI models can deal with a particular type of aftershock and simple geological fault line only. This is important because geological fault lines have different geometry in diverse geographical location on the planet. So, it may not be currently applicable to different type of earthquakes around the world. Nevertheless, artificial intelligence technology looks suitable for earthquakes because of n number of variables which need to considered when studying them, example strength of the shock, position of tectonic plates etc.

Neural networks are designed to improve over time, i.e. as more data is fed into a system, more learning takes place and the system steadily improves. In the future such a system could be an integral part of prediction systems used by seismologists. Planners could also implement emergency measures based upon knowledge of earthquake behaviour. The team wants to use artificial intelligence technology to predict magnitude of earthquakes.

COVID-19 mRNA Vaccine: A Milestone in Science and a Game Changer in Medicine

Viral proteins are administered as antigen in the form...