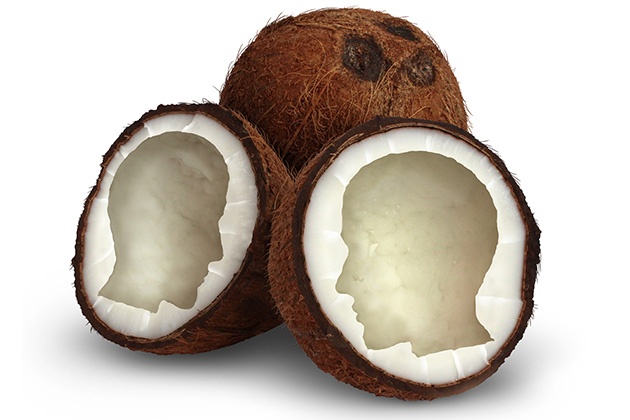 Multiple studies in the past have shown that virgin coconut oil possibly impacts several pathways which then contributes to progression of Alzheimer’s disease. Coconut oil constitutes mainly of absorbable medium chain fatty acids metabolized easily by the liver. These fatty acids could also be converted to ketones – considered as an alternate source of energy for neurons. Coconut oil has been shown to have anti-oxidant effects in protecting neurons. These properties make coconut oil a unique dietary fat.

In a latest study published in Brain Research, researchers have investigated the potential effects of coconut oil on the expression of important amyloid precursor protein (APP) which is responsible for amyloid plaque formation. Researchers explored expression of amyloid precursor protein and secretion of amyloid peptides in mammalian cell line Neuro 2A (or N2a) cells which express APP gene. This neural cell line is routinely used to study neuronal differentiation, axonal growth and signaling pathways. In the current study, N2a cells underwent treatment with 0-5 percent concentrations of coconut oil and this led to reduced amyloid precursor protein expression in the cells and also decreased secretion of amyloid peptides 40 and 42. Additionally coconut oil also promoted N2a cells differentiation pointing out that coconut oil has a protecting effect on neuronal cells development.

Results indicated that ADP-Ribosylation Factor 1 (ARF1) – a protein important for secretory pathway – is likely contributing to the effects of coconut oil on both expression of APP and amyloid peptides secretion. It was clear that coconut oil achieved this through a likely interaction with ARF1. ARF1 is known to be responsible for sorting and transporting coat proteins in the cell. This is the first time an association between ARF1 and amyloid precursor protein (APP) processing is shown. This association is regulated through coconut oil treatment. Knocking out ARF1 reduced secretion of amyloid peptides establishing ARF1 protein’s role in regulation of APP.

The study describes a previously unreported role of coconut oil in reducing amyloid precursor protein (APP) expression and secretion of amyloid peptides, the effect achieved due to down-regulation of ARF1. Thus, ARF1 is responsible for APP transportation inside neurons while coconut oil affects function and expression of APP. The study details a fresh perspective into intracellular trafficking of amyloid precursor protein and this is crucial to understand Alzheimer’s disease.

This study suggests that using coconut oil in diet early in one’s life, especially in people genetically predisposed towards Alzheimer’s disease due to family history, can delay or even stop the onset of the disease. Current and past studies warrant additional investigations and human clinical trials to assess dosage and safety of coconut oil. Coconut oil is inexpensive, is readily available and could be easily incorporated into the diet of at-risk patients.

Longevity: Physical Activity in Middle and Older Age is Crucial

Study shows that engaging in long-term physical activity can...

Gravitational wave was directly detected for the first time in...