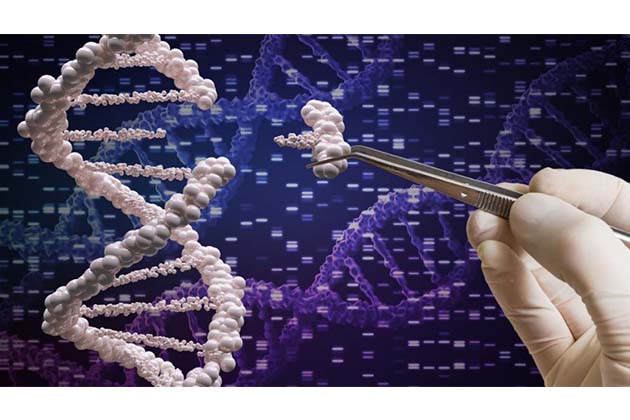 A study published in Nature has shown for the first time that a human embryo can be corrected at a very early stage of embryonic development by a gene-editing (also called gene correction) technique called CRISPR. The study, a collaboration between the Salk Institute, Oregon Health and Science University in Portland and Institute for Basic Science in Korea shows that researchers have corrected pathogenic gene mutation for a heart condition in the human embryo so as to eliminate this disease in the present offspring and future generations. The study provides significant insights into preventing thousands of diseases that are caused by single/multiple mutations in only a one gene.

A heart condition called Hypertrophic cardiomyopathy (HCM) is the most common cause of sudden cardiac arrest leading to death and affects approximately 1 in 500 people of any age or gender. HCM is thought to be the most common inherited or genetic heart condition worldwide. It is caused by a dominant mutation in a gene (MYBPC3) but the presence of this condition is not detected until it is too late. People with a mutant copy of this gene have a 50 percent chance of passing it on to their own children and thus correcting this mutation in embryos would prevent the disease not only in affected children, but also in their future descendants. Using IVF (In vitro fertilization) techniques, researchers injected the corrected gene components into healthy donor eggs fertilized with the donor’s sperm. Their methodology allows the donor’s cells’ own DNA-repair mechanisms to correct the mutation during the next round of cell division. The mutation is basically corrected by using either a artificial DNA sequence or the non-mutated copy of original MYBPC3 gene as a starting template.

Researchers analyzed all the cells in early embryos at to see how effectively the mutation was repaired. The technique of gene editing though at a very preliminary stage has been found to be safe, accurate and effective. In short, “it’s working”. It was surprising for researchers to see that the gene editing went off very well and they did not see any side concerns like induction of detectable off-target mutations and/or genome instability. They developed a robust strategy to ensure consistent repair in all the cells of the embryo.This is a novel strategy which has not been reported so far and this technology successfully repairs the disease-causing single gene mutation by taking advantage of a DNA repair response which is very unique to embryos only at a very early stage of conception.

Such advances in stem cell technologies and gene editing – though still very much in infancy – have given hope to possibly millions of people inheriting disease-causing mutations in their genes by showing a technique to prevent and cure a number of such diseases. The potential of this study is huge and impactful; however, this is an ethically debatable topic and any steps towards such studies have to be cautiously taken by after giving highest consideration to all necessary ethical judgments. Other barriers to this type of study include no support for embryo research and prohibition of any clinical trials related to germline (cells that become sperm or eggs) genetic modification. One instance which the researchers have categorically stated is careful avoidance of introduction of unintended mutations into the germ line.

The authors have stated that their study is fully compliant with the recommendations in the 2016 roadmap “Human Genome Editing: Science, Ethics, and Governance” by the National Academy of Sciences, USA.

Making a huge impact with possibilities

The results of this study published in Nature demonstrate the great potential of embryonic gene editing. This is the first and largest study in the area of gene editing. However, this area of research is encumbered with realistic assessment of both benefits and risks along with a continuous assessment of the safety and efficacy of the procedure in a broader perspective.

This research shall have a huge impact on discovering eventual cures for thousands of diseases which are caused by mutations in single genes. In a “very distant future” edited embryos could be transplanted into a uterus with the goal of establishing a pregnancy and during such a process, a clinical trial could then monitor the embryos as they develop into offspring. It sounds farfetched at this moment, but that is the intended long-term goal of this study. The ground work has been made by bringing scientists one step closer to snipping inherited genetic diseases out of human offspring.

Study shows first step towards developing a test for...