Tau: A New Protein That May Aid in Developing Personalized Alzheimer’s Therapy 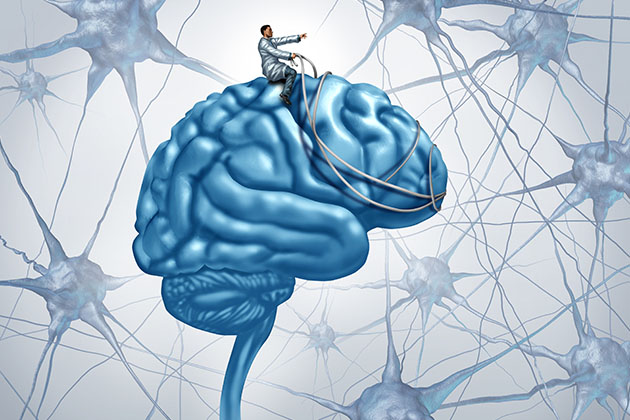 Research has shown that another protein called tau is responsible for early symptoms of Alzheimer’s disease and this information may aid in developing therapies.

Alzheimer’s Disease (AD) or simply Alzheimer’s has no cure and it also cannot be prevented. Deferring the onset of symptoms of Alzheimer’s for up to 10-15 years can certainly impact the lives of patients, their families and healthcare givers. Currently, only a late diagnosis of AD can be made and by that time function of the brain is largely weakened. Key characteristics of Alzheimer’s is build-up of plaque and defective proteins around neurons inside the brain which are responsible for advancement of the disease. Multiple research shows that higher levels of protein amyloid in the brain are the very early indicators of developing AD. Most of the research on Alzheimer’s disease has been focused on understanding how this protein amyloid beta accumulates in the brain. Positron Emission Tomography (PET) imaging technique has been used to visualize deposits of amyloid in Alzheimer’s patients. These images and analysis of brain tissue has shown that people with Alzheimer’s definitely have higher accumulation of amyloid protein in their brains compared to healthy people.

Is there another protein responsible?

Though it is seen that even after amyloid beta gets accumulated and Alzheimer’s disease is at its earliest stage, many patients still have their cognitive processes – both memory and thought – very much intact. This is indicative of a scenario in which amyloid protein must be changing first and then there must be some other factor responsible which researchers predicted could be a second protein present inside brain cells called tau. It could even be a combination of both because of which a patient may show mild cognitive impairment. Interestingly, even people who have no signs of Alzheimer’s have sometimes amyloid proteins accumulated in their brains. Recent studies have generated interest in tau protein which though has been associated with the disease but hasn’t been the focus of much research. One obstacle in pursuing study on tau protein has been that a non-invasive way to get an image of this protein inside a living person’s brain has been only lately achieved. Researchers at Washington University School of Medicine, St. Louis have used a previously unknown imaging agent which binds to the tau protein (without causing side effects) making it visible in PET scans. In their study they aimed to understand the significance of tau as a marker of cognitive decline – a critical characteristic of Alzheimer’s. Their study is published in Science Translational Medicine.

In the study, 46 participants – 36 healthy adults and 10 patients with mild AD – underwent brain imaging which used the new PET imaging agent. Their brain images were then compared to understand decline in cognitive abilities due to AD. The extent of cognitive impairment was evaluated using cerebrospinal fluid measures, clinical dementia rating and paper tests for memory and other brain functions. The severity of cognitive dysfunction was analysed along with images. Results seen in 10 patients (with mild AD) in PET scans clearly showed that tau is a better predictor of symptoms of cognitive decline compared to amyloid. And tau protein might be more closely linked to symptoms like memory loss. This new tau protein (called T807) is seen to be critical in firstly understanding progression of Alzheimer’s and secondly to gather information about which portions of the brain are affected and involved in disease progression. Though increased tau protein is already an established marker of Alzheimer’s but for the first-time regions in the brain which accumulate these abnormal proteins have been pinpointed. As long as tau is deposited in the hippocampus of the brain, its well tolerated. Its spread to other areas like temporal lobe (which is associated with memory processing) can be damaging which is reflected in memory and attention tests. This allows potential use of tau as a diagnostic tool. Such a situation was not applicable to amyloid protein and this confirmed that tau protein can predict more accurately when a person is transitioning from an early stage – with no symptoms – to mild Alzheimer’s disease. A combination of both amyloid and tau could also be responsible. The study does have some limitations because the images are basically ‘one snapshot’ of the brain at one point of time and they cannot wholly depict association of tau and mental deterioration.

Since imaging agents are now available for both amyloid beta and tau, the debate of which one is more crucial can continue but necessary tools can be used to study effect of experimental therapies targeting both these proteins. The new imaging agent for tau is already approved for clinical trials and can be used in brain imaging for various disorders which involve elevated tau protein – example brain injury or trauma. There is immense hope that an earlier diagnosis of Alzheimer’s disease could help to design drugs for build-up of amyloid and tau proteins. Researchers optimistically propose a personalized Alzheimer’s therapy in the future which would be based upon the exact scenario in a patient’s brain.

Why Omicron Should be Taken Seriously

Evidences so far suggest that Omicron variant of SARS-CoV-2...

PHF21B Gene Implicated in Cancer Formation and Depression has a Role in Brain Development...

Deletion of Phf21b gene is known to be associated...