Treatment of Paralysis Using a Novel Method of Neurotechnology 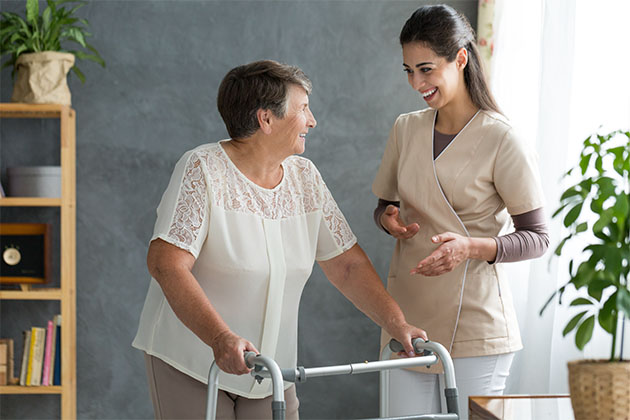 The vertebrae in our body are bones which make up the spine. Our spine contains several nerves which extend from our brain down till the lower back. Our spinal cord is a group of nerves and related tissue which this vertebra of the spine consists of and provides protection to. The spinal cord is responsible for transmitting messages (signals) from brain to different parts of our body and vice versa. Because of this transmission we are able to feel pain or move our hands and legs. A spinal cord injury is an extremely severe physical trauma when damage is caused to the spinal cord. When the spinal cord sustains an injury, some of the impulses from our brain “fail” to get delivered to different parts of the body. This results in complete loss of sensation, strength and mobility anywhere below the injury location. And if the injury occurs close to the neck, this results in paralysis throughout large part of the body. Injury of the spinal cord is very traumatic and has a significant impact on the sufferer’s daily life inflecting lasting physical, mental and emotional effects.

Currently there is no cure to repair damage caused by a spinal injury as it is irreversible. Some forms of treatment and rehabilitation help patients to lead fruitful and independent lives. Lot of research is ongoing with the hope that someday it would be possible to completely treat spinal cord injuries. In a breakthrough study a team of scientists from Ecole Polytechnique Fédérale de Lausanne and Lausanne University Hospital in Switzerland, have designed a novel therapy to advance recovery from spinal cord injury. This study called as STIMO (STImulation Movement Overground) has been published in Nature1 and Nature Neuroscience2. Scientists state that their findings are based upon the understanding they have gained in analysing animal models through years of research.

Scientists aimed to mimic real time behaviour of brain and spinal cord. The participants in this study were three paraplegics who had suffered cervical spinal cord injuries and had been paralysed since many years (minimum four). All had undergone different rehabilitations and though there were neural connections at the injury site, they did not gain movement. After undergoing the new rehabilitation protocol described in the current study, they were able to walk just within a week’s time with the help of crutches or walker showing that they recovered voluntary control of leg muscles which were paralysed after they sustained injury.

Researches achieved this by ‘targeted electrical stimulation of nerve cells’ in lumber spinal cord along with weight-assisted therapy. The electrical stimulation of the spinal cord was done with very high levels of precision and this made this study unique. The stimulation was like short electric jolts which would amplify signals and help the brain and legs of paralyzed participants communicate better. For this purpose, implants – array of electrodes (16 electrodes onto a pulse generator)- were placed on the spinal cord allowing researchers to target distinct individual muscles in participant’s legs. This implant, a machine of size of a matchbox had been originally designed for muscular pain management. It was technologically challenging to be able to surgically implant this device at specific regions in the spinal cord. Different configurations of these electrodes in the implants activated targeted regions of the spinal cord and mimicked signals/messages which needed to be delivered to the brain to be able to walk. Alongside electrical stimulation, patients also had to on their own ‘think’ about moving their legs so as to awaken any dormant neuron connections.

After five months of training, voluntary muscle control of all participants significantly improved. Such a long and high-intensity training session was seen to be very good for maintaining plasticity by utilizing our nervous system’s inherent ability to ‘reorganize’ nerve fibres and growth of new nerve connections. Longer training led to improved and consistent motor function even after external electrical stimulations were turned off.

Previous studies which used empirical approaches have been successful in which few paraplegics were able to take few steps over a short distance with help of walking aids as long as electrical stimulations were provided. When stimulations were turned off their previous state returned where patients could not activate any leg movements and this is because the patients were not ‘trained enough’. A unique aspect of the current study is that neurological functions was seen to persist even after training ended and electrical stimulation was turned off though participants walked much better when stimulations were on. This training treatment might have helped to rebuild and strengthen neural connections between brain and spinal cord which had become non-functional as a result of injury. Scientists were delighted at the unexpected response of human nervous system to their experiment.

This is a breakthrough research for patients who have sustained different types of chronic spinal cord injuries and a hope has been generated that with the right training they can recover. Start-up company called GTX medical cofounded by the authors of this study is looking to design and develop tailored neurotechnology which can be used to provide rehabilitation within the healthcare system. Such a technology shall also be tested much earlier, i.e. immediately post-injury when the recovery potential is much higher as body’s neuromuscular system has not experienced complete atrophy associated with chronic paralysis.

A combination of biological and computational approach to study...

A Way Forward in Developing Medicines with Fewer Unwanted Side Effects