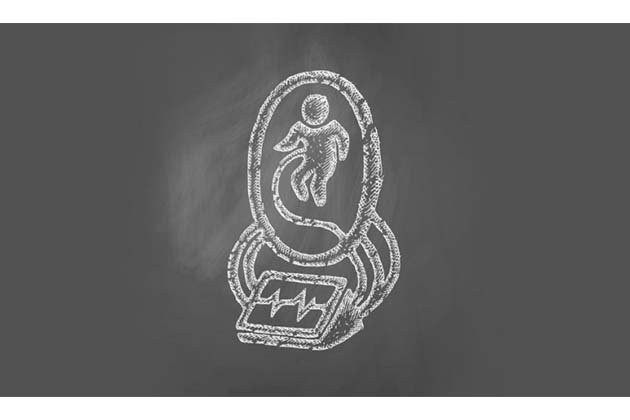 A study has successfully developed and tested an external womb-like vessel on baby sheep, generating hope for premature human babies in the future

An artificial womb designed and developed with an intent to support fragile premature babies has been successfully demonstrated for the first time ever in animals (baby sheep here). This study published in Nature Communications is a major scientific breakthrough for the year 2017 and has generated immense hope for preterm newborns. This is the kind of study that immediately strikes a chord with the general public as it has a huge potential to affect the lives of millions of preterm babies worldwide.

The study led by Professor Alan Flake, a surgeon and director of the Center for Fetal Research in the Center for Fetal Diagnosis and Treatment at Children’s Hospital of Philadelphia, USA shows that lambs that are born preterm (at the equivalent of 23 or 24 weeks gestation human infant) were successfully kept alive and also appeared to develop normally while floating inside a transparent, womb-like support container or vessel, called the “Biobag”.

This current novel system mimics life in the uterus as closely as possible by utilizing knowledge from previous neonatal research. It uses a distinctive fluid-filled plastic container or vessel attached to other custom-designed machines which provide the necessary physiological support. The fetal lambs grows in a sealed, temperature-controlled, sterile environment insulated from any variations (temperature, pressure or light) and hazardous infections, while breathing amniotic fluid as they normally would do in the womb. The baby’s heart pumps blood via the umbilical cord into the system’s low-resistance external oxygenator that very intelligently substitutes for the mother’s placenta in exchanging oxygen and carbon dioxide. This is extremely necessary since at this gestation period baby’s lungs are not developed yet to breathe in oxygen from the atmosphere. Different electronic monitors continuously measure their vital signs. For the system to be successful, its inflow and outflow apparatus have been continuously designed and redesigned at regular intervals. The lambs successfully continued to grow in the Biobag for full four weeks (670 hr over 28 days) after their birth and showed normal breathing, swallowing, eye movement, activity signs, sprouted wool and a very normal growth and organ maturation. Researchers call this as an “awe-inspiring sight” but nevertheless, they state that their system needs continuous evaluation and refinement.

The researchers did not try to extend viability to an earlier period than the current mark of 23 weeks because of several limitations which increase risks, including size, physiological functioning would impose unacceptably high risks. Most of the lambs from the study were euthanized before they reached full term for further evaluation; however one is now a healthy grown sheep.

It has been predicted that 15 million human babies are born preterm (before 37 weeks) every year worldwide and this number is only increasing. The rate of preterm birth ranges from 5% to 18% of babies born in 184 countries worldwide. Complications that arise due to preterm birth are a leading cause of death among children below the age of 5.

Majority of infant deaths are attributed to prematurity even after significant improvement in neonatal care practices. And even though fragile infants who are able to survive at 23-23 weeks period (30-50 percent do), they still have to suffer from an inferior quality of life, facing permanent health problems and even lifelong disability in many cases. Also, access to high-level care affects the outcomes differently in each case. These scenarios also put a financial and emotional burden on parents as well as the healthcare sector.

Now sheep, next is humans?

This study tests and monitors the effects on fetal lambs and it is already known that prenatal lung development in sheep is very similar to humans. Though the sheep brains develop at a somewhat different pace than humans. The current system will need to downsized for human infants, who are around one-third the size of the infant lambs that were used in the study. If it is similarly successful for human babies in the coming 1-2 decades, there is an astonishing likelihood that extremely premature infants will continue to develop in chambers or vessels that are filled with womb like amniotic fluid, rather than relying on incubators supported by ventilators and won’t have to suffer from multiple invasive procedures.

Human testing which can be carried forward from this study is still, realistically speaking, a couple of decades away, but this study definitely predicts possible similar success on human infants. The main aim is to cross the threshold of 28 weeks for human premature babies, which then reduces any severe outcomes on life. Such an extra-uterine system/artificial womb if developed for growth and organ maturation for only just a few weeks can dramatically improve outcomes for premature human babies.

This is an appealing, extraordinary science

Looking at this study, we could start imagining a world where babies can grow in an artificially simulated womb thus eliminating possible health risks of pregnancy which affect the mother as well as the unborn baby. However, we cannot get carried away with these thoughts, because removing the most important element – “the creator and nurturer of life” – the mother from the entire process would really make growth of babies (from 0 till 9 months) a stuff of science fiction with the entire early development happening literally on a machine. The idea which researchers have propagated is not to “entirely eliminate” mothers but rather provide a technology to reduce and/or prevent mortality and morbidity caused by preterm births.

T2K, a long-baseline neutrino oscillation experiment in Japan, has...

Hypertrophic Effect of Endurance Exercise and the Potential Mechanisms