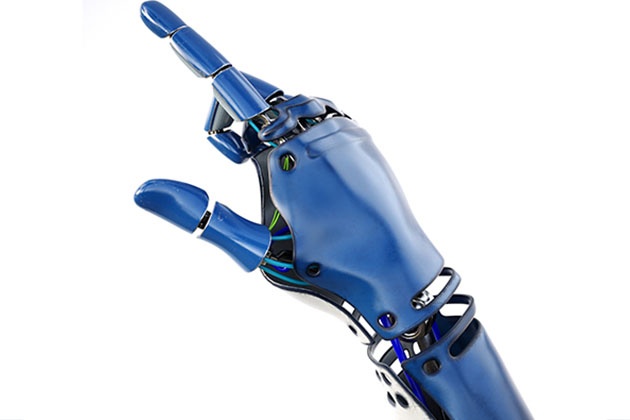 Our skin, body’s largest organ, is also the most important as it covers our entire body, controls our body temperature and protects us from harmful external factors like sun, abnormal temperatures, germs etc. Our skin can remarkably stretch and can repair itself. The skin is also important because it provides us with a sense of touch through which we are able to make decisions. Skin is a complex sensing and signalling system for us.

In a study published in Science, researchers led by Prof Zhenan Bao at Stanford University and Seoul National University have developed an artificial sensory nerve system which could be a big step towards creating “artificial skin” for prosthetics limbs which could restore sensation and act like a normal skin cover. The challenging aspect of this study was how to effectively mimic our skin which possesses several unique properties. The feature which is most difficult to mimic is the manner in which our skin acts like a smart sensory network which firstly transmits sensations to the brain and also orders our muscles to react through a reflex to make prompt decisions. For example, a tap causes elbow muscles to stretch, and sensors in these muscles send impulse to the brain through a neuron. The neuron then sends a series of signals to relevant synapses. The synaptic network in our body recognizes the pattern of sudden stretch in muscles and sends out two signals simultaneously. One signal causes the elbow muscles to contract as a reflex and second signal goes to the brain to inform about this sensation. This whole sequence of event happens in almost a fraction of second. Mimicking this complicated biological sensory nerve systems including all functional elements in the network of neurons still remains challenging.

Researchers have created a unique sensory never system which could replicate how the human nervous system functions. The “artificial nerve circuit” designed by researchers integrates three components into a flat, flexible sheet measuring few centimetres. These components have individually been described previously. The first component is a touch sensor which can detect forces and pressure (even mini ones). This sensor (made of organic polymers, carbon nanotubes and gold electrodes) send signals through a second component, a flexible electronic neuron. Both these components are enhanced and improved versions of what was developed by same researchers before. Sensory signals generated and passed through these two components are delivered to a third component, an artificial synaptic transistor which is modelled exactly like human synapses in the brain. All these three components have to work cohesively and demonstrating the end function was the most challenging aspect. Real biological synapses relay signals and store information which is required to take decisions. This synaptic transistor “performs” these functions by delivering electronic signals to the synaptic transistor by using the artificial nerve circuit. Therefore, this artificial system learns to recognize and react to sensory inputs based upon the intensity and frequency of low-power signals, just how a biological synapse would do in a living body. The novelty of this study is how these three individual components that are known previously were integrated successfully for the first time to deliver a cohesive system.

Researchers tested the ability of this system to generate reflexes and also sense touch. In one experiment they attached their artificial nerve to a cockroach leg and applied tiny pressure to their touch sensor. The electronic neuron converted the sensor signal into digital signals and passed them through the synaptic transistor. This caused the cockroach’s leg to twitch based upon the pressure increase or decrease in the touch sensor. So, this artificial setup certainly activated the twitch reflex. In a second experiment, researchers exhibited the ability of the artificial nerve in detecting different touch sensations by being able to differentiate Braille letters. In another test they rolled a cylinder over the sensor in different directions and were able to accurately detect the exact direction of the motion. Thus, this device is able to improve object recognition and fine tactile information processing like texture recognition, braille reading and distinguishing edges of objects.

This artificial nerve technology is at a very early stage and has not reached the required complexity level but has given immense hope for creating artificial skin coverings. It is clear that such “coverings” would also require devices to detect heat, vibration, pressure and other forces and sensations. They have to have a good ability of getting embedded into flexible circuits so that they can effectively interface with the brain. To mimic our skin, the device needs to have more integration and functionality which shall make it more stable and reliable.

This artificial nerve technology could be a boon for prosthetics and restore sensations in amputees. The prosthetic devices have improved a lot over the year with more 3D printing technology available and more responsive robotics systems. Despite these upgrades, most prosthetic devices available today have to be controlled in a very rough manner as they do not provide a good satisfying interface with the brain because of lack of incorporation of the intricacies of vast human nervous system. The device does not give feedback and thus the patient feels very dissatisfied and discards them sooner or later. Such an artificial nerve technology when successfully incorporated into prosthetics will deliver touch information for users and will help provide the patients with a better experience. This device is a big step towards making skin-like sensory neural networks for various applications by granting powers of reflex and touch sense.

COVID‑19: National Lockdown in the UK

To protect the NHS and save lives., National Lockdown...

Studies of the regions of Y chromosome that are...