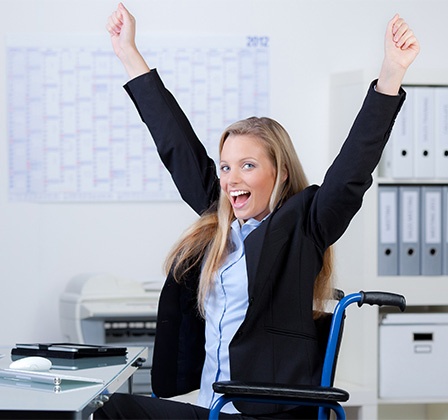 Early nerve transfer surgery to treat paralysis of arms and hands due to spinal injury is helpful in improving function. Post two years of surgery and physiotherapy, patients regained function in elbows and hands leading to improvement in independence in their daily lives.

People who have tetraplegia (also called quadriplegia) have paralysis in all four limbs – both upper and lower after suffering a cervical spinal cord injury. This affects the patient’s independence in daily life and routine activities. Improvement in function of hand is critical for a tetraplegic.

Tendon transfer surgery is routinely done for reconstruction of upper limb function wherein tendon of the functional muscle is moved to a new insertion site in order to reanimate/restore function in the paralyzed muscle. In an alternate new surgical technique called nerve transfer, one end of a healthy nerve is transferred to the site of injured nerve with an aim to restore function. More than one muscle can be reanimated thus many nerve transfers can be completed at the same time. This is in contrast to tendon transfers which require a single tendon to reconstruct a single function. There is also lesser challenge and complication in performing nerve transfers and they have shorter mobilization periods post-surgery while providing more options for reconstruction. Nerve transfers haven’t been very successful in most spinal cord injuries so far.

A new study published on July 4 in The Lancet aimed to investigate the outcomes of a nerve transfer surgery in its ability to reanimate function of upper limbs in tetraplegics. Surgeons from Australia led by Natasha van Zyl recruited 16 young adult participants (average age of 27 years) who had traumatic spinal cord injury after fall, diving, sports or motor accidents. They suffered early (18 months post injury) cervical spinal cord injury of motor level C5 and below.

All participants underwent single or multiple nerve transfers on one or both their upper limbs. Surgeons took functional nerves from shoulder and transported or rerouted them into paralyzed muscles in the arm, thus bypassing the injury. The functional nerves having healthy connection to the spinal cord above the injury were now connected to the paralyzed nerves below the injury facilitating nerve growth. 10 of 16 participants had nerve transfers to one arm combined with tendon transfer to the other. Three participants could not complete the program due to reasons unrelated from surgery. In total, 27 limbs were worked on and 59 nerve transfers were completed. The goal was to restore elbow extension, grasp, pinch, opening and closing hand.

Post two years of nerve transfer surgery and rigorous physiotherapy, primary outcomes were measured by arm test (ARAT), grasp release test (GRT) and spinal cord independence measure (SCIM). The results showed significant functional improvement in upper limb and hand function with meaningful improvements in elbow extension. The participants could reach out their arm, open and close their hand, have the strength to grasp objects. Because of restored elbow extension participants could move their wheelchair. They could do several daily tasks independently like feeding, brushing, writing, using tools and devices. This led to significant positive change in their daily lives.

The current study describes the outcome of a nerve transfer surgery which enabled 13 young paraplegic adults with full paralysis to successfully regain movement and function in their upper limbs – elbows and hands. Nerve transfer connects functional nerves with injured nerves to restore power to the paralyzed muscles. When compared to tendon transfer, nerve transfer surgery is seen to restore more natural movement and also finer motor control leading to improvement in function and independence in people with tetraplegia.

Stress Could Affect Development of Nervous System in Early Adolescence

Scientists have shown that environmental stress can affect normal...

Bulgaria has proven to be the oldest site in...
- Advertisement -
Join Our Facebook Group
100,578FansLike
71,996FollowersFollow
3,465FollowersFollow
31SubscribersSubscribe
ADVERTISEMENT