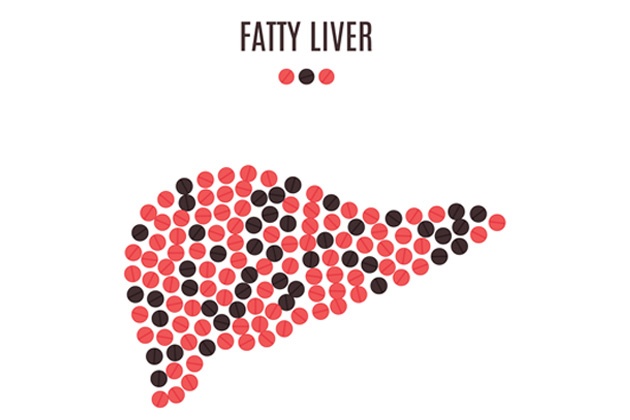 Non-alcoholic fatty liver disease is the most common liver condition which affects people who drink no or very little alcohol. It affects 25 percent of global population and is quite prevalent in developed countries. The condition is characterized with accumulation of extra fat in hepatic cells leading to different liver dysfunctions. This condition is difficult to diagnose at an early stage. No treatment is available for non-alcoholic fatty liver disease and doctors generally recommend losing weight. In a serious form of this disease called non-alcoholic steatohepatitis (NASH), fat accumulation is accompanied by inflammation, cell death and fibrosis.

A study published in Cell on May 2, 2019 proposes a new possible therapeutic target for treating non-alcoholic fatty liver disease. Researchers have identified a mitochondrial protein called Mitofusin 2 which could be one of the factors that can provide protection against this condition. In their study they saw that levels of Mitofusin 2 protein were seen to be low in patients suffering from NASH as seen from their liver biopsies. The lower levels were present even in the early stages of NASH indicating that this disease develops when Mitofusin 2 protein decreases in the liver cells. A similar scenario was seen in hepatic cells of a mouse model of non-alcoholic fatty liver disease .In mice the decrease in levels of Mitofusin 2 was responsible for hepatic inflammation, abnormal lipid metabolism, liver fibrosis and liver cancer.

In experiments conducted on a mouse model of NASH, mice were placed under a chow diet for 2 weeks and adenoviruses encoding Mitofusin 2 protein were intravenously injected into mice. The virus was specifically modified to artificially express the proteins. The livers of these mice were analyzed after 1 week. Results showed that condition of NASH was seen to improve in mice with significant improvement in lipid metabolism.

Detailed experiments revealed that membrane protein Mitofusin 2 directly binds to and aids transfer of phosphatidylserine (PS) which is primarily synthesised in the endoplasmic reticulum (ER). Mitofusin 2 extracts PS into membranes allowing transfer of PS to mitochondria where PS is converted to phosphatidylethanolamine (PE) to be sent to ER for making phosphatidylcholine. A deficiency in Mitofusin 2 causes reduction in transfer of PS from ER to mitochondria impairing lipid metabolism. This defective transfer leads to ER stress and causes NASH-like symptoms and cancer. It was clear that hepatic Mitofusin 2 gets downregulated in human liver during progression from simple steatosis to NASH. The study describes a novel function of Mitofusin 2 in maintenance of phospholipid metabolism. The link between Mitofusin 2 and phospholipids is particularly important because this can influence antioxidant, anti-inflammatory, anti-fibrotic properties and several membrane dependent functions. Re-expression of Mitofusin 2 in mice on chow diet improved the liver disease.

Russia Registers World’s First Vaccine against COVID-19: Can We Have the Safe Vaccine for...

There are reports of Russia registering world’s first vaccine...

Genetics of COVID-19: Why Some People Develop Severe Symptoms