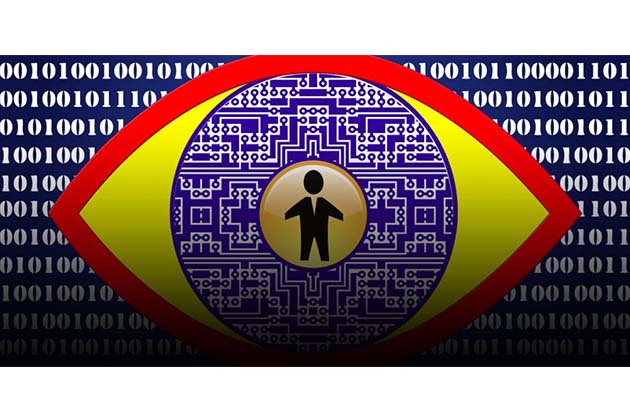 The structure of the human eye is quite complex and how we are able to see is an intricate sequential process which takes place in less than a millisecond. Any light first passes through a protective sheet of the eye called cornea and then it moves into the lens. This adjustable lens in our eye then bends the light, focusing it into the retina – the tissue membrane that coats the back of the eye. Millions of receptors in the retina contain pigment molecules which change shape when they are hit by light triggering electrical messages which travel to our brain via the optic nerve. Thus, we perceive what we see. When any of these tissues – cornea and retina – or the optic nerve are unable to function properly, our vision gets affected. Though vision problems can be corrected by eye surgeries and by wearing spectacles with corrective lens, many conditions lead to blindness which is sometimes incurable.

Invention of the “bionic eye”

According to World Health Organization, an estimated 1.5 million people worldwide have an incurable disease called retinitis pigmentosa (RP). It affects about 1 in 4,000 people worldwide and causes gradual vision loss when light-sensing cells called photoreceptors break down in the retina eventually leading to blindness. The implantable visual prosthetics called the “bionic eye” [officially named Argus® II Retinal Prosthesis System (“Argus II”)] invented by Professor Mark Humayun of the University of Southern California, restores functional vision in people suffering from complete or partial blindness1,2 due to inherited retinal degenerative disease. The Argus II captures images on an eye glass-mounted small video camera, converts these images to electrical pulses, and then transmits those pulses wirelessly to electrodes implanted on the retinal surface. Thus, it bypasses defunct retinal cells and stimulates viable retinal cells in blind patients, resulting in perception of patterns of light in the brain. The patient then learns to interpret these visual patterns thereby regaining some useful vision. The system is controlled by a software which can be upgraded for better performance as the researchers continue to develop new algorithms.

In continuation to their findings, manufacturer and marketer of “bionic eye” Second Sight Medical Products, Inc. (“Second Sight”)3 has shown that five-year clinical trial results of the retinal implant have proven long-term efficacy, safety and reliability of this device in improving visual function and quality of life for people blinded by retinitis pigmentosa. Their study led by Professor Lyndon da Cruz at Moorfields Eye Hospital NHS Foundation Trust, assessed 30 subjects in the clinical trial who were implanted with the Argus II in 10 centres across United States and Europe. All patients were blind (i.e., with bare light perception or worse) from RP or similar disorders. The results demonstrated overall safety of Argus II by improved visual function in patients and these improvements were sustained over the course of five years. Patients reported that after using Argus II, they had a renewed connection with the outside world and their family and friends and felt an overall life-altering positive change in their wellbeing. This is an extremely remarkable study and provides promising news for patients blinded by retinitis pigmentosa.

Social aspects of the miracle eye

The Argus II is the first and only retinal implant to have demonstrated safety, long-term reliability and benefit through appropriate studies thus gaining approvals in US and Europe. Since the end of 2016, over 200 patients have been treated of their blindness with Argus II. The costs evaluated for Argus II is about USD 16,000 for a duration of 25 years when the patient is first diagnosed with RP. In a publicly funded healthcare system (in many developed countries) it could be easily accessible to patients. The costs could also be justified under a health insurance coverage especially when onset of the condition happens gradually. The high costs may not act as a deterrent when compared with long term “care” needs for such patients. However, if we think of access to this technology in low-and-middle-income countries, the possibilities appear very low because of the high costs involved in an out-of-pocket payments scenario.

After successful testing in humans, Second Sight is now including a feasibility study of the Argus II and hardware and software upgrades for existing and future Argus II patients. They are focusing on development of an advanced visual prosthesis, the Orion™ I Visual Cortical Prosthesis4, aimed at patients with nearly all other forms of blindness in one or both eyes. This is a slightly modified version of Argus II bionic eye, and involves a pair of glasses outfitted with a camera and an external processor, however using 99 percent of Argus II’s technology. In comparison to the Argus II, Orion I is a neuro stimulation system that bypasses the eye and instead, an array of electrodes are placed on the surface of the visual cortex (part of the brain that processes visual information). Thus, delivering electrical pulses in this area will possibly tell the brain to perceive patterns of light. This wireless device was recently implanted in a 30-year-old woman patient’s visual cortex and several tests showed that she was able to perceive spots of light and without any major side effects.

Orion I is currently (end of 2017) approved for clinical trial and has been granted a conditional approval by FDA in USA for testing on only five human subjects at two locations4. Second Sight is currently conducting further testing of the device and answering certain questions before starting the actual trial. A major downside of Orion I is that it requires more invasive surgery than Argus II as a small section of the human skull will need to be removed to expose area of the brain where array of electrodes will be placed. Such electrical brain implants carry risks of infection or brain seizures and the company only plans to test on human subjects who are completely blind.

By bypassing the eye, Orion I could be a boon for other types of blindness which are caused by damaged optic nerve due to multiple reasons including glaucoma, cancer, diabetes, injury or trauma. The technology which Orion I proposes to use will essentially replace the eye and the optic nerve completely and cure blindness. This device which is now on fast track for trials and approvals is seen as a gamechanger for people with no cure or treatment available for their blindness – nearly six million people worldwide who are blind but are not a suitable candidate for Argus II.

Second Sight estimates that about 400,000 retinitis pigmentosa patients globally are eligible for its current device Argus II. Though about 6 million people who are blind due to other causes, like cancer, diabetes, glaucoma, or trauma could hypothetically use the Orion I instead. Also, Orion I may provide better sight compared to Argus II. These are first steps in understanding such a brain implant because it will be medically challenging compared to a retinal implant because the brain’s visual cortex is far more complicated than the eye. This device will require more invasive surgery through the brain making patients more prone to infection or seizures. Orion I will also possibly require more approvals from regulators because of all these aspects.

Studies has shown that the “bionic eye” promises to...

There is no clarity on the natural origin of...
- Advertisement -
Join Our Facebook Group
101,329FansLike
75,519FollowersFollow
1,966FollowersFollow
30SubscribersSubscribe
ADVERTISEMENT