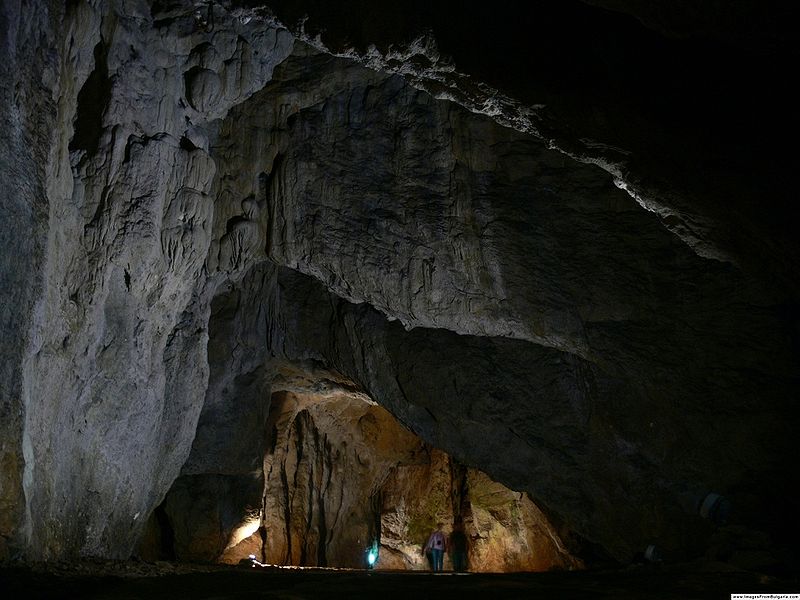 Bulgaria has proven to be the oldest site in Europe for human existence by virtue of the present scientific evidence using high-precision carbon dating and analysis of proteins and DNA from the homimin remains excavated in the Bacho Kiro Cave, Bulgaria. Data analysis show that the remains are 47000 years old and belonged to Homo sapiens.

Is Bulgaria the oldest centre of human evolution in Europe? Yes, as far as the availability of scientific evidence for the presence of earliest known Homo sapiens in Europe is concerned. The confirmation of finding the oldest Homo sapiens bones in Europe has now been reported in scientific literature.

The excavation at the site of Bacho Kiro Cave, near Dryanovo monastery (a functioning monastery founded in 12th century) in the town of Dryanovo in central Bulgaria, has yielded the oldest human remains ever to be found in the Europe, dating back to 47,000 years.

About 47,000 years ago, a group of humans lived in the Bacho Kiro Cave. They lived on animals like bison, wild horses and cave bears. The cave has yielded lots of artefacts like ivory beads, pendants made with cave bear teeth, etc. and several hominin (belonging to the family hominids) remains including a molar tooth and several bone fragments.

Morphological analysis of the molar tooth suggested its human origin. The rest of the hominin remains could not be initially confirmed whether they were of human origin because all were too fragmented to be identified by appearance. The confirmation came from protein analysis (by study of amino acid sequences in the polypeptide chain in the protein extracted from the bone) using protein mass spectrometry. The researchers used accelerator mass spectrometer, the latest in carbon dating to an extensive dataset of excavated hominin and animal remains and produced a high-precision time-line of the site. The age of hominin remains was ascertained to 47,000 years. The analysis of the mitochondrial DNA extracted from the molar tooth and hominin bone fragments conclusively attribute the remains to modern humans.

These results provide evidence of the earliest human presence in Europe in the caves of central Bulgaria and establishes Bulgaria as the oldest central site of human existence in Europe.

‘Autofocals’, a Prototype Eyeglass to Correct Presbyopia (Loss of Near Vision)

Scientists from Stanford University have developed a prototype of...

For the first time nanorobots have been designed which...
- Advertisement -
Join Our Facebook Group
100,577FansLike
71,994FollowersFollow
3,465FollowersFollow
31SubscribersSubscribe
ADVERTISEMENT