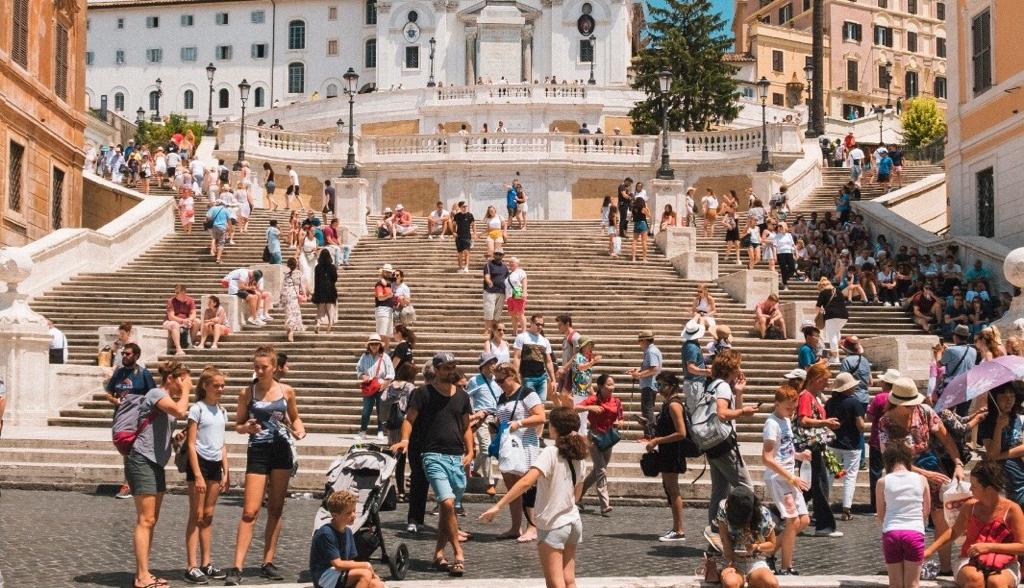 Studies of the regions of Y chromosome that are inherited together (haplogroups), reveal Europe has four population groups, namely R1b-M269, I1-M253, I2-M438 and R1a-M420, pointing to four distinct paternal origins. R1b-M269 group is the most common group that is present in countries of Wales, Ireland, England, Germany, Spain, Netherlands, France and Poland while I1-M253 has its origins in Northern Europe and is predominantly found today in countries of Sweden, Finland, Denmark, Iceland, and Norway. I2-M438 has its origins in Southern and Eastern and is predominantly found today in Sicily, Celtec, Bosnia, Herzegovina and Switzerland. The R1a-M420 group has its origins in Eurasia and South West Asia around 25000 years ago. Another genetically distinct population group is of Roma people belonging to haplogroup H1a1a-M82, has its origins in the north-western region of the Indian sub-continent

European continent has seen a number of infightings and migrations. With the result, the continent has been described as turning into a melting pot with populations of various origins and cultures living and thriving together. In order to understand the paternal origins of the populations living in Europe today, it is helpful to study Y chromosome variability and how it contributes to the distribution and development of male genetic pool. Studies on the polymorphism of the Y chromosome show the presence of four major haplogroups, namely R1b-M269, I1-M253, I2-M438 and R1a-M4201.

R1b-M269 group is the most common group that originated around 4000-10000 years ago in Basque region of France and Spain2 and is present in ~110 million European men. It is present in countries of Wales, Ireland, England, Germany, Spain, Netherlands, France and Poland and increases in frequency on an east to west gradient, its prevalence in Poland at 22.7%, compared to Wales at 92.3%. Interestingly, this haplotype has been associated with different European colonisations, mainly in several American countries.

I1-M253 has its origins in Northern Europe around 5070 years ago and is predominantly found today in countries of Sweden, Finland, Denmark, Iceland, Norway.

I2-M438 has its origins in Southern and Eastern Europe around 33000 years ago and is predominantly found today in Sicily, Celtec, Bosnia, Herzegovina and Switzerland.

R1a-M420 has its origins in Eurasia and South West Asia around 25000 years ago, and is currently found in populations extending from Scandinavia and Central Europe to southern Siberia and South Asia.

Another European population group with haplogroup on Y chromosome of H1a1a-M823, comprising 10—12 million people, concentrated mainly in Eastern and Central European region such as Romania, Bulgaria, Hungary etc. at present, had its origin in north-western region of Indian sub-continent. These people are known as Roma4 people.

Thus, in spite of migrations, European population comes across as having these genetically distinct groups based on haplotypes, that have maintained their paternal identity.

Drug Trials for COVID-19 Begins in the UK and USA

MicroRNAs or in short miRNAs (not to be confused...
- Advertisement -
Join Our Facebook Group
100,501FansLike
71,765FollowersFollow
6,461FollowersFollow
31SubscribersSubscribe
ADVERTISEMENT