A Wireless ‘‘Brain Pacemaker’’ That Can Detect and Prevent Seizures 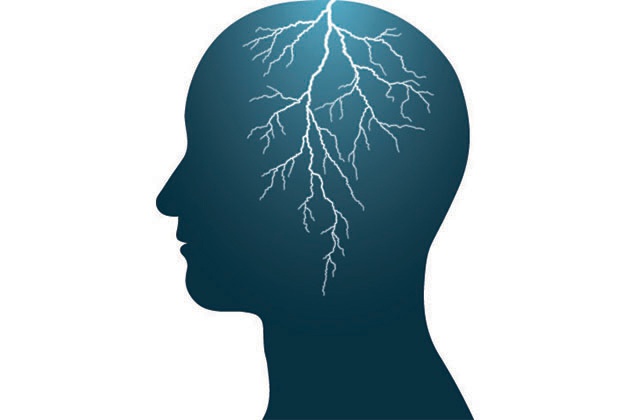 According to World Health Organization (WHO) neurological disorders affect more than one billion people worldwide and it causes more than 6 million deaths annually. These disorders include epilepsy, Alzheimer’s disease, brain stroke or injuries and Parkinson’s disease. The impact of these diseases is present in both developed and developing countries and many times treatment is unavailable due to lack of a proper health system, trained personnel or other factors. The global population is ageing and according to WHO, in the next 30-40 years more than half the population will be over 65 years of age. It is imperative to understand that neurological disorders are going to be a huge health burden in the near future

A ‘pacemaker’ for the brain

Engineers from University of California Berkeley USA have designed a novel neurostimulator which can simultaneously listen (‘record’) and also stimulate (‘deliver’) electric current inside the brain. Such a device can provide a perfected personalized treatment for patients suffering from neurological disorders particularly Parkinson’s disease and epilepsy. The device is coined WAND (wireless artifact-free neuromodulation device), and it could be also called as a ‘brain pacemaker’ similar to the heart pacemaker – a tiny, battery-operated device which is able to sense when the heart is beating irregularly and then delivers a signal to the heart to achieve the desired correct pace. Similarly, the brain pacemaker is able to wirelessly and autonomously monitor the brain’s electrical activity and once it has learned to identify signs or features of a tremor or seizure in the brain, the device can self-adjust stimulation parameters by delivering the ‘correct’ electrical stimulation when something is not in order. It is a closed loop system which can record as well as stimulate alongside and is able to adjust the different parameters in real-time. WAND is able to record electrical activity in the brain over more than 125 channels in a closed-loop system. For a practical demonstration, researchers showed that WAND was able to recognize and take appropriate measures to successfully delay extremely specific arm movements in primate monkeys (rhesus macaques).

One of the major challenges in finding the right therapy for a patient having a neurological condition is the lengthy duration of first finding a procedure and then the high costs involved. Any such device could very effectively prevent tremors or seizers in patients. However, the electrical signatures which come before the actual seizure or a tremor are extremely subtle. Also, the frequency and strength of the desired electrical stimulation which has the ability to prevent these tremors or seizures is also very sensitive. That is the reason why small adjustments for particular patients usually takes years before any such device is able to provide an optimal treatment. If these challenges are adequately met, there can be a definite increase in outcomes and accessibility.

In a new study published in Nature Biomedical Engineering, researchers wanted the device to give the best possible outcome for a patient by providing an optimal stimulation. This is achievable only by listening as well as recording the patterns or neural signatures. But, recording and stimulating electrical signals is very challenging as large pulsations which are delivered by stimulation can overwhelm the electrical signals in the brain. The issue with current deep brain stimulators is that they are unable to ‘record’ and at the same time ‘deliver’ stimulation to the same region of the brain. This aspect is the most crucial for any closed-loop therapy and no such device is currently available commercial or otherwise.

This is where the exceptionality of WAND comes into the picture. Researchers designed WAND customized circuits which can ‘record’ complete signals from both the subtle brain waves as well as from stronger electrical pulsations. The subtraction of signal from electrical pulsations results in a clearer signal from the brain waves which none of the existing devices are able to do. Thus, simultaneous stimulation and recording in the same region of the brain conveys us the exact happenings which can be used to design an ideal therapy. WAND allows reprogramming for use in different applications. In a live experiment on monkeys, WAND device was proficient in detecting neural signatures and was then able to deliver the desired electrical stimulation. For the first time, a closed-loop system has been demonstrated to perform these two tasks together.

A “sibling” of Earth’s galaxy Milky Way is discovered...

Scientists have fabricated artificial wood from synthetic resins which...