Combination of Diet and Therapy for Cancer Treatment 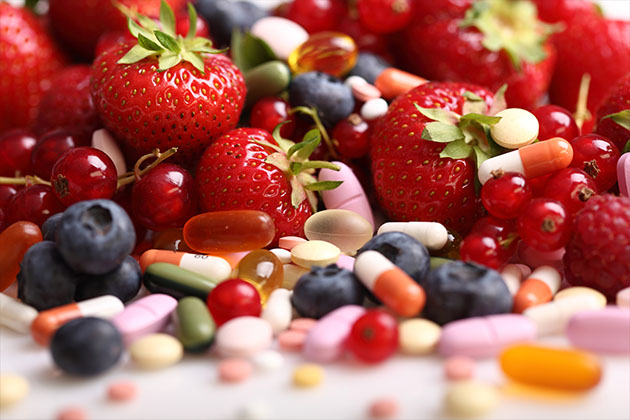 Cancer treatment has been at the forefront of the medical and research community worldwide. 100 percent successful treatment for cancer is still not available and majority of research has been focusing on making cancer cells in the body susceptible to chemotherapy or radiation therapy or targeted medicines. An emerging new class of cancer drugs have been actively researched upon in the recent years. These drugs target a specific molecular pathway which become faulty in many types of cancer – a cell signalling pathway called phosphatidylinositol-3 kinase (PI3K), which is activated by insulin. PI3K, a family of enzymes plays a key role in many internal cellular functions that are involved in cancer. Genetic mutations in PI3K enzyme is present in most cancerous tumours. It is this frequency of mutations which makes PI3K an appealing candidate to make anti-cancer drugs. Inhibiting pathway of this enzyme is seen as a potential way to attack cancer. For achieving this goal, more than 50 drugs have been designed and developed so far which have already been through clinical trials for testing for efficacy. Unfortunately, these clinical trials haven’t been much of a success, owing to questionable efficacy of these drugs and also their high toxicity. Taking such drugs which are going to inhibit the pathway leads to a drop in insulin in the body which only increases blood sugar level causing problems like hyperglycemia or abnormally high levels of blood sugar. Patients have to stop taking this drug because pancreas is eventually unable to make up for this loss by producing more insulin after doing it for some time.

A new study published in Nature has shown that ketogenic or keto diet is efficient for eliminating some of the side effects of new generation cancer drugs and can be very beneficial in cancer therapy. The ketogenic diet constitutes of meat, eggs and avocados as staple food items. The idea of this diet is to eat very few carbohydrates – which are quickly broken down to blood sugar – and also moderate protein – which can also get converted into blood sugar. This diet makes our body produce small fuel molecules called ‘ketones’ (hence the name ketogenic) and they are produced in the body in the liver exclusively from only fat. Ketones are like an alternative fuel for the body whenever sugar (glucose) is in limited supply, including the brain. Therefore, the body basically switches its fuel supply and ‘runs’ entirely on fat as no carbohydrates and limited protein is being produced. This may not be the ideal scenario but is efficient to lose weight and maintain yourself. The keto diet has been used since many decades to control insulin levels in the body.

Following a ketogenic (or ‘keto’) diet can have useful effects during cancer therapeutic treatment and side effects of new class of cancer drugs can be avoided. Researchers from Cornell University first examined the effect of PI3K-inhibting drug called buparlisib in mice suffering from pancreatic cancer. When the insulin levels increased as a side effect to using this drug, PI3K pathway reactivated and cancer treatment reverses, rendering the drug as ineffective. To be able to control this effect of elevation of insulin which was happening whenever the drug was taken, a follow up drug treatment needed to be done. They tried various options like blood sugar or insulin controlling drugs etc and tested on mice, however, no effect was seen. Interestingly they observed that mice who were on keto diet performed better in maintaining blood sugar and insulin check while simultaneously inhibiting tumour growth which is the desired scenario. This was possible because while being on a keto diet, there was reduced glycogen storage so no extra glucose was released when PI3K pathway was inhibited. Therefore, once a patient is able to control his/her sugar and insulin, cancer drugs work much better and more efficiently in controlling the growth of tumours.

Keto diet does not have any role on its own in inhibiting or treating the cancer and if taken alone without any enzyme inhibitors, cancer still progresses at an expected pace. The diet itself could be harmful if taken on your own for too long. Therefore, keto diet needs to be ideally combined with the actual course of cancer treatment. As an outcome of this study, during human clinical trials for PI3K inhibitor drugs, diet of the patients’ needs to be carefully managed. Researchers would like to assess if combining approved PI3K inhibitor drugs and keto diet (specially prepared by nutritionists) can show a safe, efficient and improved outcome for people suffering from different types of cancer.

A pair of astronomers have made the big discovery...
- Advertisement -
Join Our Facebook Group
100,577FansLike
71,994FollowersFollow
3,465FollowersFollow
31SubscribersSubscribe
ADVERTISEMENT