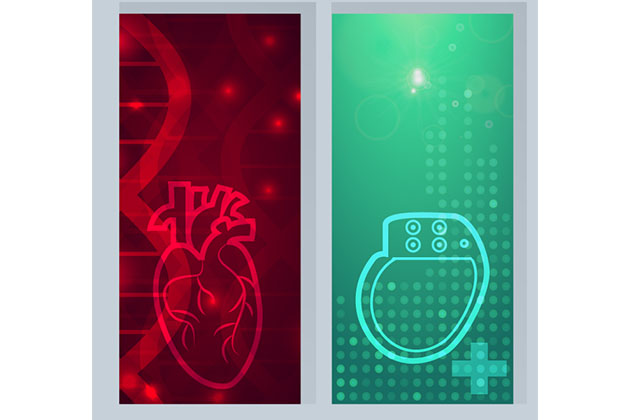 Our heart maintains a pace through its internal pacemaker called sinoatrial node (SA node), also called sinus node located in the upper right chamber. This internal pacemaker releases electrical charge 60-100 times in a minute and this energy carries out contractions in heart muscles which allow our heart to pump blood throughout our body. As we age or get an illness, this internal pacemaker is unable to keep the heart beating properly. Irregular heartbeat is also caused by a condition called arrythmia which slows down one’s heart’s normal rate. To substitute for this loss, a traditional heart pacemaker – a battery-operated electronic device – can be surgically implanted inside a patient to regularize heartbeat and keep the heart beating steadily.

The device consists of a battery-powered pulse generator which is implanted under the skin near the collar bone. It also has insulated wires which connect the device to the heart. The electronic circuit generates electric signals which are delivered to the heart via electrodes. The pacemaker is a life-saving device; however, one significant limitation of current pacemaker is that they need to be replaced at any time between 5 to 12 years of first when they are fitted because of battery’s limited life. The implantation can only be done via an invasive surgery using local anaesthesia which itself is challenging as a patient’s chest cavity needs to be opened. Surgery is not only expensive but it also increases patient’s risk of complication, infections or even bleeding. Another type of tiny pacemaker has been designed which can be implanted via a catheter avoiding surgery but it is still undergoing testing.

Researchers have been focusing on building cardiac pacemakers which could alternatively use natural energy from a person’s own heartbeat instead of battery. Theoretically, such a pacemaker would not need to be replaced once it is implanted inside a patient. Plutonium-powered pacemakers have been manufactured many decades earlier. Experimental design of new pacemakers has faced several limitations so far – like rigid design structure which limits its power and complications with miniaturization.

An innovative batteryless pacemaker with a unique design

In a new study published in ACS Nano researchers from National Key Laboratory for Science and Technology, Shanghai, China set out to design a novel small pacemaker device which can be powered from energy of one’s own heartbeat and they successfully tested this device in pigs. The new device can be tucked under the heart rather than near the collar bone as with conventional pacemakers. The pacemaker is based on an ideal symbiotic relationship between one’s heart and the device.

The design of this new pacemaker was initiated by first making a small flexible plastic frame. This frame was bonded with piezoelectric layers which upon being bent generate energy. This part, called energy ‘harvester’ was placed on a chip. The device was implanted in pigs and it was observed that the animals’ own heartbeat could alter (bend) the shape of the frame thereby generating enough energy (power) equivalent to a battery-powered pacemaker. The device’s flexible plastic frame allows it to capture more energy from the heart compared to traditional pacemakers which have hard cases.

Since humans have a physiology very similar to pigs, this pacemaker could work well in humans too. Researchers point out some technical issues which will need to be addressed, example the device comprises of three separate technologies –energy harvester, pacemaker chip and wires – which need to be integrated into one device. Further testing in animals and then in humans can confirm the device’s long-term stability. Such a device if successful will require invasive surgery only once reducing patient’s risk of complications. One major limitation of this new device could be that doctors may not be able to remotely monitor patients as in the case of battery-operated pacemakers.

A recent study suggests that single dose of Pfizer/BioNTech...