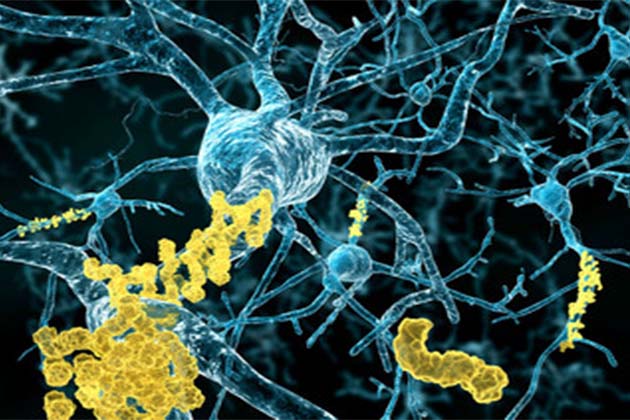 The brain ‘pacemaker’ for Alzheimer’s disease is helping patients to perform daily tasks and take care of themselves more independently than before.

A novel study has for the first time attempted to use deep-brain simulation to counter brain activity related to performing a function in patients of Alzheimer’s disease (AD) the cause of which is still poorly understood. Many previous studies have targeted parts of brain which are thought to be involved in memory – since memory loss is the key symptom of Alzheimer’s disease. Most medications and treatments are focused on improving memory, however, big change in thinking power and skills of the patients which happens in the course of AD also needs to be similarly addressed. Since no new Alzheimer’s disease drug has been produced in the last decade or so, this potential innovative treatment offers hope to Alzheimer’s disease patients and to this field.

The study of human memory is still at a very early level but is nevertheless fascinating in whatever we know about it. Human memory is simply data. Memories are stored as microscopic chemical changes at the different connection points between billions of neurons in the humanbrain. Memory involves all structures and processes that are involved in the storage and subsequent retrieval of information from our brain. A patient suffering from Alzheimer’s disease starts showing signs of loss of short-term memory (e.g. a recent event). This is the most crucial symptom of AD, when information cannot be retrieved from the brain and this is termed as “memory loss”. This loss in retrieving information then affects thinking power and skills and daily functioning.

Alzheimer’s disease has affected approximately 50 million people at the end of 2017 and this number is expected to cross 130 million by 2050. The elderly population is growing at a faster rate (in both developed and developing countries) because of more population (in developing countries) and overall higher life expectancy worldwide and AD is affecting this ageing population at a fast pace. It’s being estimated that someone in the world is affected by dementia every 3 seconds. Unfortunately no treatments available for AD and there seems to be no cure in sight with many failures seen in the trial of potential drugs leading to pharmaceutical companies to abandon the such trials. The development of new medications for Alzheimer’s disease is completely stalled as of end of 2017.

Simulating the brain: the brain pacemaker

The study published in Journal of Alzheimers Disease has conducted a novel experiment to improve everyday capabilities and function of AD patients unlike most trials conducted earlier for AD have attempted to treat memory loss exclusively. This technique called “deep brain simulation” has seen to be beneficial on patients of Parkinson’s disease (another neurological condition) and thus urged the researchers to try it for Alzheimer’s disease. AD is a devastating condition which affects patients adversely and also their near and dear ones.

The deep brain simulation (device is called the ‘brain pacemaker’) is thought to affect interaction of neurons in the brain thus affecting brain activity and involves implantation of small, thin electrical wires into the patient’s frontal lobe — a part of the brain associated with “executive functions”. These wires are connected to a battery pack which sends electrical impulses into the brain. The device continuously stimulates the frontal lobe in the brain, very similar to a cardiac pacemaker which stimulates the heart. The brain pacemaker increases “brain metabolism” in certain areas and increases the connection between neurons thus facilitating what is known as “functional connectivity”. This connectivity is thought to decrease steadily over the course of Alzheimer’s disease thus leading to decline in decision making and problem-solving skills.

The study led by Dr. Douglas Scharre at the Ohio State University Wexner Medical Centre, USA suggests that “brain pacemaker” can help patients to improve their judgments, be able to make sound decisions, increase their ability to focus on a particular daily task and avoid mental distractions. Researchers highlight increased ability to do simple daily tasks like making the bed, choosing what to eat and well-meaning social interactions with family and friends. The main goal of the researchers was to slow down the progression of Alzheimer’s disease with a safe and stable device.

This study was done on only three patients, though the results were seen after a good duration of 2 years and these three participants were compared with a set of 100 other participants who had similar age and Alzheimer’s disease symptom levels but did not get the brain pacemaker implanted. Two among these three patients showed progress and included 85-year-old LaVonne Moore of Delaware, Ohio who showed great improvement in functional independence in daily tasks like cooking, getting dressed and planning outings. There was considerable improvement in many areas including decision-making, problem-solving, planning and focus and she expressed satisfactory outcome.

Though at a very elementary stage, this study has encourages researchers in the Alzheimer’s disease field and also builds hope for millions of patients. Tackling Alzheimer’s disease will require more such multitude approaches which cover various features of this disease and its extremely important to lay emphasis on the overall quality of life of patients. Since no new treatments have been discovered for AD in the past 10 years and also clinical trials are stalled for any new AD drugs, alternative approaches to treatment must be continued to be further researched upon to draw steady conclusions about how such treatments could work on an ensemble of patients.

A larger multi-centre trial would be needed to be able to get more participants to evaluate the extent of this study. The authors maintain that a section of Alzheimer’s disease patients may benefit from the brain pacemaker, some others may not because every patients’ neurons will respond differently and some may not respond at all. A larger and more comprehensive trial will reveal a clearer picture. Nevertheless, such a device would slow down the progress of Alzheimer’s disease in most patients translating into an improved everyday functioning.

Plastic Pollution in Atlantic Ocean Much Higher Than Previously Thought

In the practice of medicine, one generally prefers time...