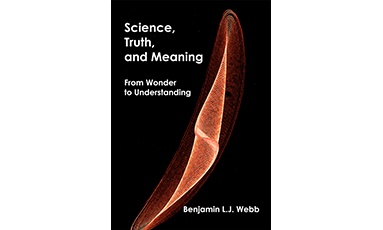 The book presents a scientific and philosophical examination of our place in the world. It reveals the journey mankind has made from the philosophical enquiry of the early Greeks to how science has profoundly influenced our conception of existence.

‘Science, Truth, and Meaning’ is the title of this book because it presents a scientific and philosophical examination of our place in the world. It celebrates the diverse, interconnected, scientific knowledge that mankind has constructed, and describes how it is reducible to a shared foundation. The book explores scientific truth, and confronts whether truth is absolute or relative to who and what we are. It reveals the journey mankind has made from the philosophical enquiry of the early Greeks to how science has profoundly influenced our conception of existence.

The first chapter is entitled ‘Philosophy and science: Paving the way to modern science’, and discusses how questions about the workings of the Universe were once the domain of philosophers, and that that this led to modern science, and scientific method, which became our proven method of determining useable truths about physical reality. The application of scientific method through integrated disciplines utilising a common set of expanding proven principles and rules, enabled us to start to delineate the processes of the Universe. Yet, since science is constrained by the rules governing the interaction of force and matter, philosophical enquiry has, and continues to, enable us to probe possibilities limited only by the creativity of the mind. Hence, philosophy is can be a guide as to what might be, whereas science uses this to determine what is.

Chapters 2 and 3 address the physical world as described by classical and quantum theories. The development and details of these two models encapsulate our current understanding of the fundamental nature of physical reality. Classical, and the later quantum, physics describe with incredible accuracy the behaviour of the largest and smallest objects in the Universe, respectively. Yet, primarily, they are incompatible and conflicting theories. Classical physics defines the processes of the very large (such as galaxies) acting over huge expanses of space and time, whereas quantum theory explains the behaviour of the very small (such as subatomic particles). To unite these two independently accurate descriptions into one grand theory of everything is the holy grail of science.

Chapters 4 and 5 are concerned with the biological world- what we are and how we came to be. Though the theories of the previous chapters underlie how force and matter interact to produce physical phenomena, they don’t describe the way humans understand all macroscopic behaviour, and principally not that of living things. This chapter discusses both the physical mechanisms that enable a living entity to live, and how organisms and species evolve over many millions of years.

Having assessed what we are, how we came to be, what is the space in which exist and how is it constructed, we are able to come full circle and re-address the fundamental questions of the philosophers of the first chapter. Chapter 6 and 7 are, thus, concerned with what ‘mind’ is, and how it interacts with the world. Man’s search for meaning using the framework of science as a foundation reveals that though some questions about our existence can be answered, the added knowledge adds new problems that weren’t apparent before. We conclude that there is much we still do not know, and may never know. Indeed, we find that truth is a relative not absolute concept.

The difficulties in obtaining the truth we seek about our place in the Universe are linked not only to our understanding of many concepts, such consciousness, free will, and determinism, but also the very limitations on our mental capacity imposed on us by reality itself. Yet, in finding that certain questions cannot be answered, a firmer grounding of what is possible for a human mind to understand enables us to focus of what is important and achievable.

Dr Webb is a biochemist and molecular biologist by profession, with expertise primarily in virology and cancer research, both in academia and currently the biotechnology industry. His PhD was obtained at Imperial College London, followed by research positions at institutions such as University College London and Cancer Research UK. His interest in the topics covered in this book started as a personal research journey 20 years ago, with the aim of obtaining a broader understanding of how accurately science can explain physical reality. These studies culminated in this book.

The views and opinions expressed in blogs are solely those of the author(s) and other contributor(s), if any.

Discovery of the first exoplanet candidate in X-ray binary M51-ULS-1...