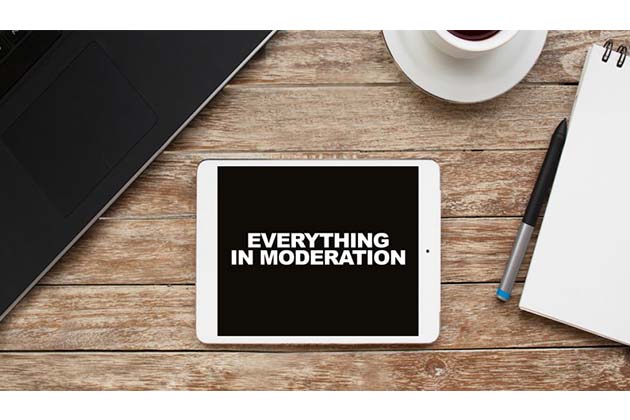 Researchers have formulated data from a major global study – Prospective Urban Rural Epidemiology (PURE) study1 to analyze the relationship between nutrition and disease. They followed around 135,000 participants from 18 countries (low-income, middle-income and high-income) across five continents. The study took note of people’s diet and did a follow up on them for an average of 7.4 years.

The study found that high carbohydrate intake was associated with an increased risk of death. In popular belief, it has always been discussed that consuming a higher amount of dietary fats (saturated fats, polyunsaturated fats and mono unsaturated fats) is associated with a lower risk of death when compared to lower intakes. Though, total or individual fats were not associated with risk of heart attacks or any major type of cardiovascular disease. However, on the other hand, the study also found that a diet that is high in carbohydrates is related to higher mortality though with lower risk of cardiovascular disease.

It would not be an exaggeration to state that this study in Lancet definitely questions the conventional beliefs and opinions about dietary fats and their respective clinical outcomes. The results of the study might appear “surprising” as they showa very different picture of possibilities when it is viewed in context with previous studies. These thoughts notwithstanding, the researchers clarify that these new results are very much consistent with several studies and randomized trials that have been conducted in developed countries during the last two decades or so.

In developing countries (of South Asia particularly), the study found that any decrease in dietary fat intake automatically led to increased consumption of carbohydrate. The researchers explain that this increase in carbohydrates but not fat was contributing to higher mortality rates in South Asia.

It is interesting to note that dietary guidelines around the globe have mainly focused on reducing the overall daily fat to below at least 30 per cent of daily caloric intake and saturated fat to below 10 per cent of caloric intake. This has been based on theknowledge that reduction of fat (particularly saturated fat) should lessen the risk of cardiovascular disease. These guidelines were developed more than 40 years ago and since then the overall consumption of fat has also fallen in western countries. However, the authors point out that these learnings and guidelines previously reported did not always take into account how the saturated fats are being replaced in the diet which is obviously heavily influenced by geographical location and also social and cultural demography

Another related PURE report concurrently published in Lancet2 assessed the global consumption of fruit, vegetable and legume and its relation to mortality and heart attacks and diseases. While the study found a beneficial effect of increasing consumption of fruit, vegetables, and legumes, the maximum benefit was seen at three to four servings a day (or a total of 375–500 grams) especially when eaten raw than cooked and with no additional benefit from consuming more. This acquired relevance since vegetables and especially fruits are an expensive food item and thus unaffordable to the larger population in the regions of Asia and Africa. Thus, a target of minimum three servings in a day sounds achievable and affordable. This is thought-provoking since most dietary guidelines have always recommended a minimum of five daily servings and also did not differentiate between the benefits of raw vs cooked vegetables.The authors point out that the studies which credited five daily servings of fruits and vegetables for decreased risk of cardiovascular diseases, were carried out mainly in developed countries.

Legumes including beans, peas, lentils, chickpeas etc.are routinely consumed by many populations in South Asia, Africa and South America. It has been found that eating just one daily serving definitely decreases the risk of cardiovascular disease and death. Since legumes are not popularly consumed in Europe or North America, replacing starches like pasta or white bread with more legumes would be a promising dietary transformation in developed countries.

A final third study in The Lancet Diabetes and Endocrinology3 by the same group of researchers examined the impact of fats and carbohydrates on blood lipids and blood pressure.They found that LDL (so-called ‘bad’ cholesterol) is not reliable in forecasting the effects of saturated fat on future cardiovascular events. Instead, the ratio of 2 organizing proteins (ApoBand ApoA1) in the blood offer best indication of the impact of saturated fat on cardiovascular risk on the patient.

The PURE study has included populations from varied geographic regions which have not been studied before (especially South Asia and Africa) and the diversity of populations evaluated in this study strengthens the data on foods which potentially reduce disease risk. The authors emphasize that “moderation” in most aspects of diet should be the preferred approach, as opposed to the popular notions of having very low or very high intakes of most nutrients. The idea of “moderation” becomes extremely relevant since nutritional inadequacy is a bigger challenge in developing countries when compared to nutritional excesses in developed countries. The findings in this study are globally applicable and has the potential propose a “reconsideration” of nutrition policies based on socio-economic conditions.

Did the Nobel Committee Err in NOT Awarding Rosalind Franklin the Nobel Prize for...

The double-helix structure of DNA was first discovered and...