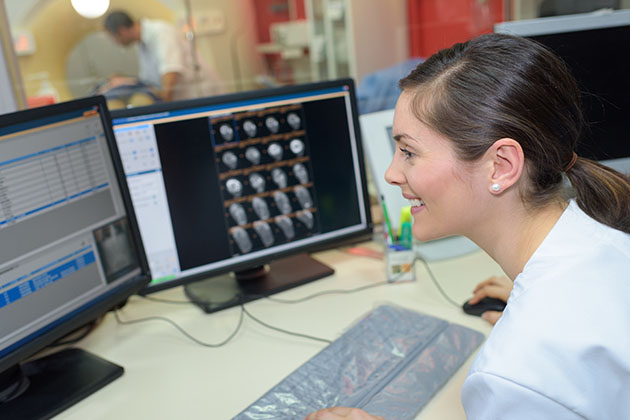 The demand and popularity of smartphones is on the rise worldwide as it is an excellent way to connect. Smartphones are being used for every little to important tasks on a daily basis as the world is adopting them in an impressive manner. Since smartphones are being used in more or less every domain of our lives, it is only evident that it will be critical in healthcare system in the future. ‘mHealth’, the application of mobile devices to healthcare is promising and smartphones are already used to improve a patient’s access to advice, information and treatment.

A study1 published in BMJ Innovations has evaluated the impact of an awareness SMS (Short Message Service) campaign for diabetes. The ‘Be He@lthy, Be Mobile’ initiative started in 2012 aimed to develop, establish and scale-up prevention and management of disease using mobile phones. Since then it has been launched in 1o countries worldwide. In this trial, a regular awareness SMS campaign focused at people who had voluntarily signed up for free ‘mDiabete’ programme. The participations for this programme increased significantly from 2014 till 2017. In this study conducted in Senegal, participants received a series of SMSs over the course of 3 months to which they responded with either of the three options – ‘interested in diabetes’, ‘have diabetes’ or ‘work as a healthcare professional’. The efficacy of the SMS campaign was assessed by comparing two centres – one which received the campaign and second which did not receive – marked as centre S and centre P respectively. Alongside usual diabetes care was provided at medical centres.

The SMSs were sent to centre S from 0 to 3 months and to centre P from centre 3 to 6 months and HbA1c was measured at both these centres using same assays. The HbA1c test, called haemoglobin A1c is a crucial blood test which indicates how well diabetes is being controlled in a patient. Results showed important difference between change in HbA1c from 1 to 3 months of the campaign and HbA1c further evolved in centres S and P from month 3 till 6. The Hb1Ac change from month 0 till 3 was better in centre S compared to P. Thus, by sending diabetes education messages via SMS there was an improvement in glycaemic control in type 2 diabetes patients. This effect was consistently seen at both centres and it even improved during the 3 months once SMSs were stopped.

The SMS approach is valuable for low-and-middle income low-resourced countries where otherwise it is challenging to provide information and motivation to patients of diabetes as illiteracy is a major hurdle. SMS approach is also cost-effective for therapeutic education as one SMS costs only GBP 0.05 in Senegal and the campaign costs GBP 2.5 per person. Text messaging can be useful where medical resources are scarce and facilitating useful exchange between diabetes patients and health personnel can mitigate risk of diabetes-related complication.

A review2 published in Nature led by Imperial College London shows how healthcare workers in low-income countries, example in sub-Saharan Africa, could utilize smartphones for diagnosing, tracking and controlling infectious diseases. Even in such countries the use of smartphones is on the rise and has reached 51 percent at the end of 2016. Authors aimed to understand how smartphone technology can be effectively utilized for healthcare in rural areas which do not have sufficient clinics. The smartphones could help people to get tested, access their test results and receive support in their own home rather than a medical centre. Such an arrangement makes people feel easy and comfortable to look after their health especially in remote rural regions which are located far from clinics. Infectious disease like HIV/AIDS is considered a stigma in many societies in low-income countries and therefore people feel ashamed of attending a public clinic to get themselves tested.

Established mobile technologies like SMS and calls can connect patients directly to healthcare workers. Many smartphones have in built sensors which can assist in diagnosis, such as heart rate monitor. A smartphone also has a camera and microphone (via speaker) which can be used to analyse images and sounds like breathing. Simple testing technology could be attached to smartphones using USB or by wireless method. A person could collect a sample easily – example via pinprick for blood – the results would be scanned using mobile apps and then sent to local clinics to be uploaded to a central online database from where a patient could access it from a smartphone rather than visiting the clinic. Further, virtual follow-up appointments could be made using smartphones. Using this alternate methodology rates of disease testing can certainly rise and with just the existing infrastructure. The master database hosting test results from a region can give us details of prevailing symptoms which can help to devise better treatments. It can also warn us of any likely future outbreaks.

The approach is however challenging as the authors state that embracement of technological advances can improve access to testing but around 35 percent of world’s total population doesn’t have access to mobile phones. Also, safety and hygiene can get compromised at a patient’s home compared to the sterile environment of a clinic in which a trained healthcare worker performs the task. In building up a database of patient’s information privacy and confidentiality of data will be of utmost importance. The local people in rural areas first need to gain confidence and faith is the technology which can motivate them to trust it for their health-related needs.

A Way Forward in Developing Medicines with Fewer Unwanted Side Effects

A breakthrough study has shown a way forward to...

A novel mechanism to explain the different unrelated symptoms...