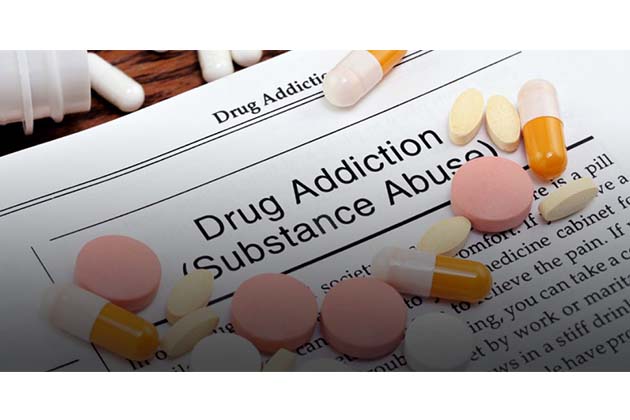 Researchers have neutralized a protein molecule called granulocyte-colony stimulating factor stimulating factor (G-CSF) that is commonly seen among cocaine users (both new and repeat users) in their blood and brain. This protein is responsible for affecting reward centres of the brain and thus neutralizing this protein or “turning it off” would reduce craving among cocaine addicts. The study published in Nature Communications has been conducted on mice and is being suggested by medical professionals as the first step towards a potential medication to help people beat cocaine addiction.

Cocaine is a lethal drug and can cause serious health effects or even sudden death and it’s also the second most trafficked illegal drug in the world. Worldwide, around 15 – 19.3 million people (equivalent to 0.3% to 0.4% of the total population) use cocaine at least once in a year. Cocaine is highly addictive as it’s a powerful stimulant and usually drug tolerance can form in just a few doses with a rapid eventual drug dependence. Cocaine creates a psychological dependence and affects the brain. Addiction to cocaine leads to long term damages to a person’s health including physical, mental and emotional wellbeing. Young population (under 25 years of age) is the most vulnerable to cocaine because it causes temporary stimulation and euphoria and this age generally has higher propensity for addiction.

Cocaine drug addiction is a complex disease which involves not only changes in the brain of the user but also enormous changes in a wide range of social, familial and other environmental factors. Treatment of cocaine addiction is very complex as it must address all these changes alongside other co-occurring mental disorders that require additional behavioural or medicinal interventions. Traditional approaches to treat cocaine deaddiction or seeking behaviour generally include psychotherapy and “no medication-assisted therapy”. The ‘12-step programmes’ traditionally involve encouraging physiological principles such as courage, honesty and compassion and also psychotherapy done parallelly. However, most of such psychotherapy and behavioural interventions are subject to high failure rates and increased occurrences of relapse. This study led by Dr. Drew Kiraly at Icahn School of Medicine at Mount Sinai, USA has been termed as “exciting” and “novel” because this is the first time an alternative to regular de-addiction programs has been described. It’s a big step in a new direction to control and erase cocaine addiction in patients.

The G-CSF protein is seen capable of producing a positive signal at the reward centres of the brain. Researchers expectedly found that when they directly injected this protein into mice’s brain’s reward centres (called the “nucleus acumbens”), there was a significant increase in cocaine seeking behaviour and overall cocaine consumption among the mice as they were seen to be basically craving. Targeting or neutralizing G-CSF can be a safe, alternative approach to curb this addiction. Interestingly, safe and tested treatments are already available for neutralizing G-CSF. These drugs are being routinely used to stimulate production of white blood cells (infection fighting cells) after chemotherapy during treatment of cancer since chemotherapy typically suppresses white blood cells. When these drugs were administered to neutralize G-CSF, mice lost all motivation and desire to seek out cocaine. Just like that this was a huge turnaround. Also, no other behaviour of the animal was altered in this process, whereas several clinical trials before have reflected unnecessary abuse potential of any kind of medication which has been tried for de addiction. This was a crucial find for researchers to be able to address cocaine addiction through these already tested and FDA approved drugs

The authors point out that starting to use any kind of new medication is always laden with challenges which include possible side effects, routes of delivery, safety, feasibility and the abuse potential. Authors insist that once more clarity is available in understanding how this protein can be best targeted to reduce addictive behaviour, higher possibilities of translating results to trials with human participants will occur. Similar therapies could be applied to other drugs as well like heroin, opium which are cheaper (in comparison to cocaine) and available to a larger population in low-and-middle-income countries and are also illegally trafficked. Since most drugs have similar effects and target overlapping regions of the brain, this therapy could be successful for them as well. Though at the time of publishing this study the possible timeline for human trials is unclear, there are standard methods to overcome many of these challenges and this is a potential new area of medications for de-addiction which could soon become a “reality”. The study inches scientists a little closer to finding the ultimate cure for cocaine (and similarly other drugs) addiction in humans without implicating any other behavioural changes or any side risks of developing other addiction.