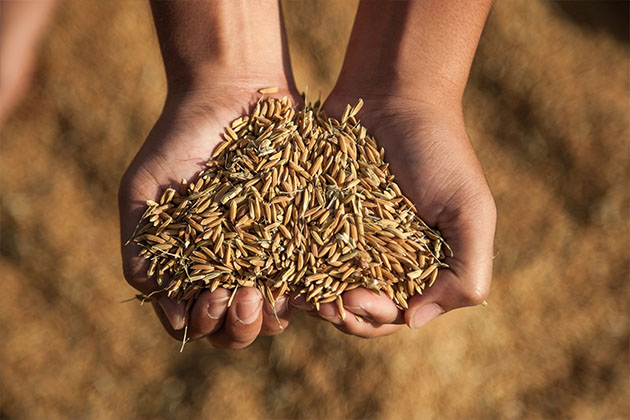 Study describes a new mechanism which mediates the symbiont associations between plants and fungi. This opens up avenues to increase agricultural productivity in the future by growing better resilient crops that require less water, land and lesser use of chemical fertilizers.

Plants have a complex symbiotic relationship with mycorrhizal fungi. These fungi form a sheath around plant roots providing multiple benefits under a symbiont relationship. The relationship allows for increased water and nutrient uptake by the plant especially phosphorus and in return, the plant provides carbon to the fungi to feed on and grow. The fungi extend quite long at the plant roots and thus larger volume of soils is now accessible. Almost 80 percent of all land plant species have a mycorrhizal fungus associated with roots. This relationship is the most ubiquitous and relevant plant-microbial interaction of which the underlying mechanisms are still being explored.

In a study published on July 8 in Nature Plants, researchers used genomic sequencing, quantitative genetics, high performance computing and experimental biology to find genetic triggers to enable symbiont relationship between plant and fungi. They chose Arabidopsis, a plant which naturally does not interact with ectomycorrhizal fungus L. bicolor. They identified a specific gene which is most likely to control the symbiotic relationship between this plant and fungi in the soil. Subsequently, they genetically engineered this plant into a new version which now expresses a protein called G-type lectin receptor-like kinase PtLecRLK1 protein. The plant was now inoculated with the fungus.

G-type lectin receptor-like kinase PtLecRLK1 protein is seen to mediate a symbiotic interaction between Populus – L. bicolor as well as the transgenic Arabidopsis – L bicolor systems as the fungus envelops plant root tips and forms a fungal sheath indicating a symbiotic formation. With modification of a single gene, a non-host Arabidopsis was converted into a host for this symbiont.

The current study describes an important molecular step on how symbiotic plant-fungi association is established. Better understanding this relationship by finding genetic triggers can help to use this symbiont relationship to be able to grow plants in adverse conditions like draught, or increasing nutrition and nitrogen uptake, dealing with pathogens etc. The study opens up avenues to engineer beneficial plant-mycorrhizal relationships. It can help us grow crops which will need less water, lesser agricultural land, less chemical fertilizers, resist pests and pathogens and produce more yield per acre.

Hunter gatherers are often thought of as dumb animalistic...

Bulgaria has proven to be the oldest site in...