Probiotics Not Effective Enough in Treating ‘Stomach Flu’ in children 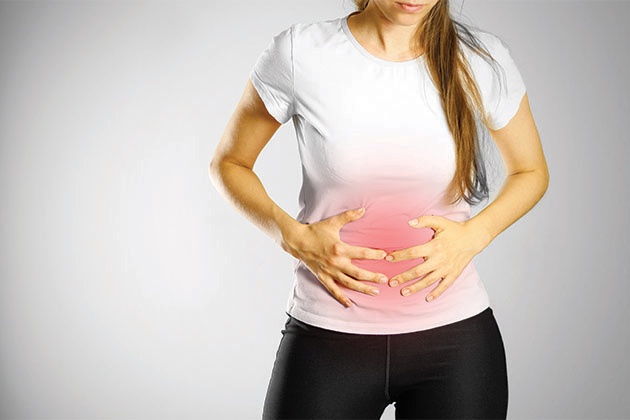 Twin studies show that expensive and popular probiotics may not be effective in treating ‘stomach flu’ in young children.

Gastroenteritis or commonly called as ‘stomach flu’ affects millions of young children worldwide. It is caused by bacteria, viruses or parasites and though it is not a life-threatening disease but it’s a huge burden on medical care as it is a common cause of hospitalization. There is no quick treatment for pediatric acute gastroenteritis apart from giving children fluids mainly to prevent dehydration, and some medicine for nausea and ample rest. Since there is lack of any proper treatment, doctors are prescribing probiotics in treating children who have acute gastroenteritis.

Deeper understanding of the microbiome – millions of friendly bacteria, viruses, fungi etc. – which are believed to benefit the human body has fueled the growth of probiotics. Probiotics is primarily safe live microorganisms also called ‘friendly’ or ‘good’ bacteria which are thought to fight stomach infections. They are believed to restore normal balance of bacteria in our digestive system and they also boost our immunity by improving our immune system. Many smaller studies have shown that probiotics may be useful but such results have been limiting.

Probiotics not effective after all?

A new vigorous study1 published in New England Journal of Medicine, involving 1,000 children (3 months to 4 years of age) gives first evidence that probiotics may not be the best or useful approach especially for young children. The authors aimed to generate conclusive evidence either for or against use of probiotics in infants and toddlers suffering from acute gastroenteritis. Researchers evaluated a most commonly prescribed probiotics called Lactobacillus rhamnosus GG (LGG) which has a version ideally suited for babies and young children. The study involved 971 children who were given treatment over 3 years from 2014 till 2017 at emergency centers at geographically diverse medical centers across the United States. The children were chosen if they displayed symptoms of gastroenteritis like loose stool, vomiting, diarrhea or intestinal infection. A precondition was that they had not consumed any probiotics for at least 2 previous weeks.

Half of the children were randomly chosen to receive probiotic LGG twice daily for five days, others consumed an identical looking placebo. Apart from this, children were given standard clinical care. Researchers or the parents didn’t know at this point which of the children were given probiotics. It was seen that all children showed same symptoms and identical recovery – whether they were given probiotics or placebo – for instance every child had diarrhea for two days. A comparison between infants and toddlers was also made. Patients who had taken probiotics were tested to see whether gastroenteritis was caused by virus or bacteria. The probiotic was also independently tested for purity and strength. Researchers came to only one conclusion –probiotic LGG made no difference. The probiotic didn’t help either in curbing vomiting or diarrhea.

In a second study2 conducted in Canada also published in New England Journal of Medicine, 886 children (aged 3 months to 2 years) who had gastroenteritis received a five-day course of probiotic containing Lactobacillus rhamnosus R001 and Lactobacillus helveticus R0052 or a placebo (commonly given in South Asia). In this study also no difference was seen between the two groups of children given probiotics or placebo.

These twin studies in Canada and in the United States conclude that two popular probiotic formulations which were tested had simply no effect on the children and therefor it can be concluded that probiotics should not be used for gastroenteritis either by doctors or by parents on their own. Doctors must consider totality of these evidences and should incorporate the same in intervention strategies for acute pediatric diarrhea. However, authors make it clear that their studies are about the effect two popular probiotics on gastroenteritis in young children and it does not claim that probiotics have to be completely eliminated for everything. Though safe, probiotics are still expensive and unnecessary ‘pills containing bacteria’ and it is better for the children to consume good food like yogurt, fruits or vegetables instead.

Such studies are also crucial in making advances towards eliminating medications which have zero effect. Probiotics are being sold for being effective in all kinds of ailments – from digestive health to obesity and heart and also for mental health. This is a multi-million-dollar industry; however, experts urge that there is need for stricter regulations around probiotics as they come under dietary supplements which otherwise do not require approval unlike other over-the-counter drugs. And most of the research on goodness of probiotics is small and limiting and non-conclusive and devoid of any strong evidences. Therefore, considering the popularity of probiotics, there is a need for large, high-quality, independent and vigorous studies like these to come to any general conclusions.

Extra-Terrestrial: Search for Signatures of Life

Astrobiology suggest that life is abundant in the universe...

The oldest evidence of artificial mummification in the world comes...