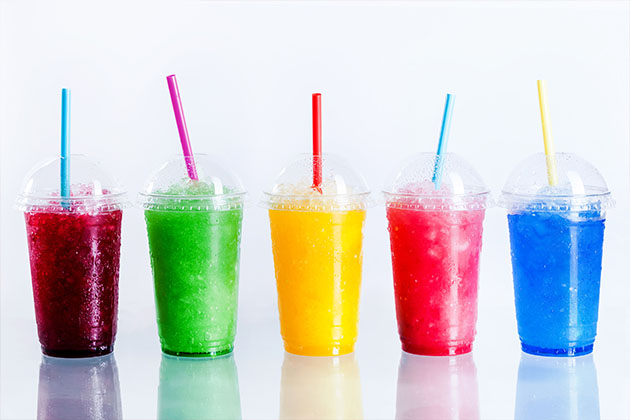 More and more people of all age groups worldwide are regularly consuming sugary drinks. The consumption of sugary and artificially sweetened drinks is at an all-time high especially in western countries. Sugar drinks include naturally or artificially sweetened beverages, fizzy drinks containing soda, 100 percent fruit juices and boxed juices. Several evidences have shown that higher consumption of sugary drinks is associated with increased risk of obesity, greater risk of diabetes, hypertension and other cardiovascular diseases. Evidence linking sugary drinks with risk of cancer has been limited so far. Though, obesity caused by their consumption is the strongest risk factor for cancer.

A study published on July 10 in BMJ has investigated the associations between higher consumption of sugary drinks, artificially sweetened beverages and 100 percent fruit juices with increased risk of cancer. The findings have been reported from NutriNet-Sante cohort study in France which included 101,257 healthy male and female adults of average age of 42 years. All participants filled out two daily 24-hour questionnaires which measured their normal dietry intake of 3,300 various foods and beverages. All participants were followed up for nine years. Medical records and health insurance databases validated first cases of cancer. Risk factors of cancer like age, gender, medical history, smoking status, exercise levels etc were noted. In the study, the risk was assessed for overall cancer and in particular breast, prostate and bowel cancers.

In the participants’ follow-up, 1100 cancer cases were validated with average age of diagnosis being 59 years. Analysis showed that 100 ml increased daily consumption of sugary drinks was associated with increased risk of cancer – 18 percent overall cancer and 22 percent breast cancer. Both boxed fruit juices, 100 percent fruit juices and other sugary drinks was associated with high level of overall cancer. No link was found with prostrate and colorectal cancers. Interestingly, consumption of artificially sweetened beverages did not show any association. The understanding id that consumption of such drinks affects visceral fat in our body – the fat stored around vital organs like liver and pancreas. They also affect blood sugar levels and cause increased inflammation which leads to increased cancer risk.

Antibiotic Resistance: An Imperative to Stop Indiscriminate Use and New Hope to Tackle Resistant...

Recent analyses and studies have generated hope towards protecting...