Molnupiravir: A Game Changing Oral Pill for Treatment of COVID-19 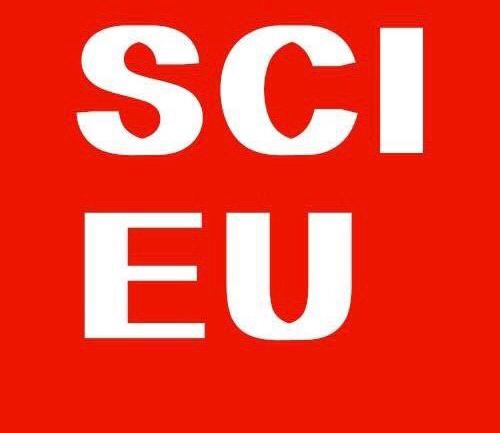 Molnupiravir, a nucleoside analog of cytidine, a drug that has shown excellent oral bioavailability and promising results in Phase 1 and Phase 2 trials, could prove to be a magic bullet acting as an anti-viral agent against SARS-CoV2 in humans. Major advantages of molnupiravir vis a vis existing injectable anti-viral drugs are that it can be taken orally and has shown to eliminate SARS-CoV2 virus in 24 hours in preclinical studies in ferrets.

COVID-19 pandemic is proving to be deceptive and unpredictable across the globe. While countries such as United Kingdom are slowly reopening and relaxing lockdown in view of much reduced incidence, the next-door France is facing a third wave and countries such as India are currently facing worst phase of pandemic despite all preparation and capacity building in the past one year. Although several therapeutic interventions have been tried against COVID-19 such as the use of dexamethasone and use of anti-viral drugs such as favipravir and remdesivir to combat the disease, hunt is still on for an effective treatment with 239 anti-viral compounds under development targeting different phases of viral life cycle1. In addition, other ways are being tested to prevent viral entry into cells by interfering with its binding to the host cell. This is being done by either developing proteins that bind to viral spike proteins thus preventing its interaction with the ACE 2 receptor on the host cell or developing ACE 2 receptor decoys that bind to the spike protein of virus and inhibits its entry into the host.

Several other drugs have been designed to target viral proteins that are formed once virus enters the host cell, takes over the cellular machinery and starts making its own proteins to further use them for genome replication and eventually making more virus particles. Of the several proteins, the key protein target is the RNA-dependent RNA polymerase (RdRp) that copies the RNA. Scientists have used several nucleoside and nucleotide analogs to trick the RdRp into incorporating them into viral RNA which eventually jams RdRp and stops viral replication. Several such analogs have been used such as favipiravir and triazavirin, both originally designed to combat flu viruses; ribavirin, used for respiratory syncytial virus and hepatitis C; galidesivir, for blocking replication of Ebola, Zika, and yellow fever viruses; and remdesivir, originally used against Ebola virus.

Although vaccination provides some hope in the form of lessening the disease severity upon getting an infection, it still does not prevent the spread of infection. People can still get infection even after effective immunization which is a good enough reason to fast-rack the search for anti-viral agents1, both broad spectrum and specific ones (just the way we have arsenal of antibiotics against bacteria). Of recent mention is the drug called Molnupiravir, a nucleoside analog of cytidine, that can be taken orally and has been shown to combat coronavirus infection. Denison and colleagues reported that molnupiravir reduced replication of multiple coronaviruses, including SARS-CoV-2, in mice2. It has been shown to decrease viral replication 100,000-fold in mice engineered to have human lung tissue3. In case of ferrets, molnupiravir not only reduced symptoms, but also led to zero virus transmission within 24 hours4. Authors of this study claim it to be the first demonstration of an orally available drug that rapidly blocks SARS-CoV-2 transmission. Of particular significance was that molnupiravir treatment prevented virus transmission to the untreated direct contacts despite a prolonged direct proximity of the source and contact animals. This complete block may help in preventing a successful spread of the SARS-CoV-2 virus. In another preclinical studies in hamsters, molnupiravir, in combination with favipiravir showed a combined potency on reduction of viral loads rather than treatment with molnupiravir and favipiravir alone5.

A randomized, double-blind, placebo-controlled, First-in-Human study designed to evaluate the safety, tolerability, and pharmacokinetics of molnupiravir following oral administration to healthy volunteers in a total of 130 subjects shows that molnupiravir was well tolerated with no significant adverse events6,7. Based on these findings, a Phase 2 study was conducted in 202 non-hospitalised patients and showed a quicker decrease in infectious virus among individuals with early COVID-19 treated with molnupiravir. These results are promising and if supported by additional phase 2/3 studies8 that are ongoing and phase 3 studies that have been given a go ahead could have important implications in the treatment and preventing the transmission of the SARS-CoV-2 virus, that continues to spread and evolve in majority of the countries across the globe. If molnupiravir shows promising results in the trials mentioned above, it would warrant a large scale and effective production methods to produce it in large quantities. Recent studies by Jamison and colleagues have described a chromatography free enzymatic two-step process of making molnupiravir from cytidine, first step involves enzymatic acylation followed by transamination to yield the final drug product9. This will be particularly useful while scaling up the drug product for commercial use for developing a cost-effective process to enable drug availability at an affordable cost for the affected countries especially the developing and under-developed countries.

Hidden, oceanic internal waves have been found to play...