‘Ionic Wind’ Powered Airplane: A Plane That Has No Moving Part 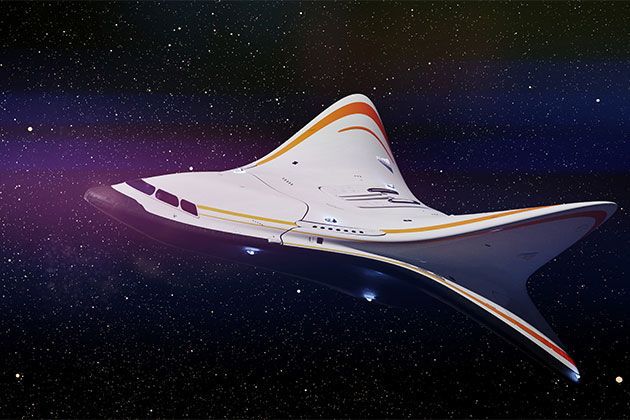 Ever since the discovery of airplane more than 100 years ago, every flying machine or aircraft in the sky flies uses moving parts like propellers, jet engine, blades of a turbine, fans etc which obtain power from either fossil fuel combustion or by using battery which can produce a similar effect.

After almost decade long research, aeronautic scientists at MIT have built and flown for the first time a plane which has no moving parts. The method of propulsion used in this airplane is based on the principal of electroaerodynamic thrust and is called ‘ion wind’ or ion propulsion. So, in place of propellers or turbines or jet engines used in conventional airplanes, this unique and light machine is powered by ‘ionic wind’. The ‘wind’ can be produced by passing strong electric current between a thin and a thick electrode (powered by lithium ion batteries) which results in ionizing of gas thereby producing fast-moving charged particles called ions. The ionic wind or flow of ions smash into air molecules and push them backwards, giving airplane the thrust to move forward. The direction of the wind depends upon the arrangement of electrodes.

Ion propulsion technology is already used by NASA in outer space for satellites and spacecrafts. In this scenario since space is vacuum, there is no friction and thus its quite simple to drive a spacecraft to move forward and its speed also gradually builds up. But in the case of aircrafts on Earth it is understood that our planet’s atmosphere is very dense to get ions to drive an aircraft above the ground. This is the first time ion technology has been tried to fly airplanes on our planet. It was challenging. firstly because just enough thrust is needed to keep the machine flying and secondly, the airplane will have to overcome the drag from resistance to air. The air is sent backward which then pushes the airplane forward. The crucial difference with using the same ion technology in space is that a gas needs to be carried by the spacecraft which will be ionized because space is vacuum while an aircraft in Earth’s atmosphere ionizes nitrogen from atmospheric air.

The team performed multiple simulations and then successfully designed an aircraft having five-meter wing span and weight of 2.45 kilograms. For generating electric field, set of electrodes were affixed underneath the plane’s wings. These consisted of positively charged stainless steel wires in front of a negatively charged slice of foam covered in aluminium. These highly charged electrodes can be switched off by remote control for safety.

The airplane was tested inside a gymnasium by launching it using a bungee. After many failed attempts this airplane could propel itself to remain airborne. During 10 test flights, airplane was able fly up to a height of 60 meters minus any weight of a human pilot. Authors are looking to increase the efficiency of their design and produce more ionic wind while using less voltage. The success of such a design needs to be tested by scaling up the technology and that may be an uphill task. The biggest challenge would be if the size and weight of the plane increases and covers bigger area than its wings, the plane would require higher and stronger thrust to stay afloat. Different technologies can be explored example making batteries more efficient or maybe using solar panels i.e. finding new ways of generating the ions. This airplane does use the conventional design for aircrafts but it may be possible to try another design in which electrodes could shape the ionizing direction or any other novel design could be conceptualized.

The technology described in the current study could be perfect for silent drones or simple airplanes because drones currently used are a big source of noise pollution. In this new technology, silent flow generates ample thrust in the propulsion system which can propel the plane over a well-sustained flight. This is unique! Such a plane will not require fossil fuels to fly and thus would not have any direct polluting emissions. Also, when compared to flying machines which use propellers etc this is silent. The novel discovery is published in Nature.

First womb transplant from a deceased donor leads to...