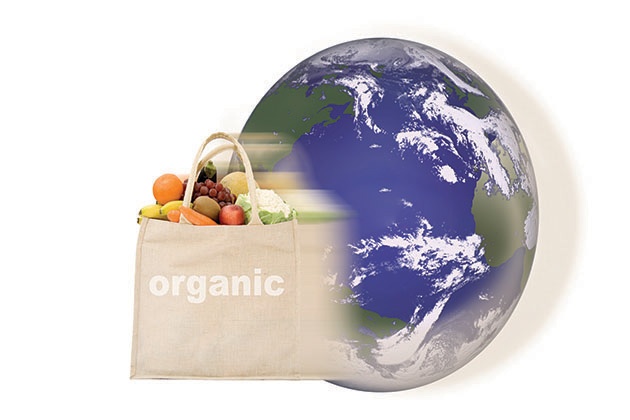 Organic food has become very popular in the last decade as consumers are becoming more aware and health and quality conscious. Organic food is produced naturally from organic farming which aims to increase the naturalness of food by minimizing chemical interference when producing it. So, organic food does not include any pesticides, synthetic fertilizers or other artificial additives. The produce of meat, eggs and other products from animals, is termed organic if animals were not subjected to any antibiotics or growth hormone supplements. Every food item produced organically is also more expensive than conventional food because without use of chemicals or additives, it takes longer time to produce organic food and thus requires more resources in terms of land, time etc. The demand for organic food is certainly higher and rapidly growing compared to the supply which is further contributing to high prices of organic food.

Researchers at Chalmers University of Technology, Sweden developed a new methodology for analysing the impact of organic farming on climate via the factor of land-use by comparing conventional food production in agriculture with organic production. Their study showed that producing organic food contributed to higher emissions into the environment. For example, organic peas farmed in Sweden had almost 50 percent higher impact on climate while for other foods like Swedish winter wheat this number was as high as 70 percent. This is attributed to two reasons; first, to the more land required for organic farming and second, since fertilizers are not used in organic farming the yields per hectare is considerably reduced. For every single food product, be it organic meat or dairy product the land required is much more for organic production compared to conventional farming. This greater land use automatically leads to higher carbon dioxide (CO2) emissions because for every land which needs to be cultivated, forests are converted by cutting trees leading to deforestation. Deforestation accounts for 15 percent of total greenhouse emissions on our planet. Simply put, felling of trees is doing an irreversible damage to the environment and to the ecosystem (flora and fauna).

In their study published in Nature, researchers used a new metric called ‘Carbon opportunity Cost’ for the first time which evaluates the carbon footprint through effects of higher land use and how it contributed to CO2 emissions from deforestation. So, CO2 emissions were charted against the total food yield in which the ratio of organic food certainly lagged. The amount of carbon stored in forests was taken into account and as a result of deforestation CO2 is released into the atmosphere. Surprisingly, land use factor and its effect on CO2 emissions has never been analyzed before in any previous study perhaps due to lack of straightforward and easily applicable methods. The new metric ‘Carbon opportunity Cost’ allows for a simple yet detailed comparison. Total production in the country and total yields per hectare for organic and conventional farming statistics were provided by Swedish Board of Agriculture.

Organic farming never uses artificial fertilizers as the crops are nourished and nurtured through nutrients naturally present in the soil and if needed only natural pesticides are used. The flipside is that valuable resources like land, water and energy consumed are much higher in organic farming and its relevant to understand how it can be made sustainable over a period of time. According to this study consuming organically produced beans or chicken is better for the climate then let’s say conventionally produced beef. And eating pork, chicken, fish or eggs will have lower impact on environment than say eating beef or lamb.

However, this study does have limitations – as it was restricted to a few crops and in only one region of a country. So, the recommendation is not to stop consuming organic food altogether. But it is clear, where impact on climate is concerned, organic food fares worse than conventional food because of the farming methods. There is still lack of substantial scientific evidence to show that organic food is more health friendly or even environment friendly than conventionally farmed food. So even if one assumes organic food is better for people, it may not be so good for the planet! More data is certainly needed to arrive to generalized conclusions. The analysis in this study could also be correlated to biofuels as their production also needs larger land area compared to conventional fuels.

Scientists have found a new way in mice to...