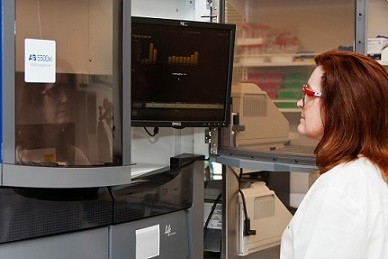 MicroRNAs or in short miRNAs (not to be confused with mRNA or messenger RNA) were discovered in 1993 and have been extensively studied in the past two decades or so for their role in regulating gene expression. miRNAs are expressed differentially in various body cells and tissues. Recent research by the scientists at the Queen’s University, Belfast have unraveled the mechanistic role of miRNAs in immune system regulation when body cells are challenged by viruses. These findings will lead to an enhanced understanding of the disease and their exploitation as targets for novel therapeutic development.

MicroRNAs or miRNAs have gained popularity over the past two decades for their role in post-transcriptional processes such as differentiation, metabolic homeostasis, proliferation and apoptosis (1-5). miRNAs are small single-stranded RNA sequences that do not encode for any proteins. They are derived from larger precursors, which are double-stranded RNAs. The biogenesis of miRNA starts in the nucleus of the cell and involves generation of primary miRNA transcripts by RNA polymerase II followed by trimming of the primary transcript to release the pre-miRNA hairpin by an enzyme complex. The primary miRNA is then exported to the cytoplasm where it is acted upon by DICER (a protein complex that further cleaves the pre-miRNA), thereby producing the mature single-stranded miRNA. The mature miRNA integrates itself as part of the RNA induced silencing complex (RISC) and induces post-transcriptional gene silencing by fastening RISC to the complementary regions, found within the 3’ untranslated regions (UTRs), in the target mRNAs.

The story began in 1993 with the discovery of miRNAs in C. elegans by Lee and his colleagues (6). It was observed that the LIN-14 protein was downregulated by another transcribed gene called lin-4 and this downregulation was necessary for the larval development in C. elegans in progressing from stage L1 to L2. The transcribed lin-4 resulted in downregulating LIN-14 expression via complementary binding to the 3’UTR region of lin-4 mRNA, with little changes to mRNA levels of lin-4. This phenomenon was initially thought to be exclusive and specific to C. elegans, until about 2000, when they were discovered in other animal species (7). Since then, there has been a deluge of research articles describing the discovery and existence of miRNAs in both plants and animals. Over 25000 miRNAs have been discovered so far and for many, the exact role they play in the biology of the organism still remains elusive.

miRNAs exert their effects by post-transcriptionally repressing the mRNAs by binding to complementary sites in the 3’ UTRs of the mRNA they control. A strong complementarity earmarks the mRNA for degradation while a weak complementarity does not cause any changes in mRNA levels but causes inhibition of translation. Although the major role of miRNA is in transcriptional repression, they also act as activators in rare cases (8). miRNAs are play an indispensable role in the organism’s development by regulating the genes and gene products right from the embryonic state to the development of organ and organ systems (9-11). In addition to their role in maintaining cellular homeostasis, miRNAs have also been implicated in various diseases such as cancer (miRNAs acting as both activators and repressor of genes), neurodegenerative disorders and cardiovascular diseases. Understanding and elucidating their role in various diseases can lead to new biomarker discovery with concomitant new therapeutic approaches for disease prevention. miRNAs also play a critical role in the development and pathogenesis of infections caused by micro-organisms such as bacteria and viruses by regulating the genes of the immune system to mount an effective response to the disease. In case of viral infections, Type I interferons (IFN alpha and IFN beta) are released as anti-viral cytokines which in turn modulates the immune system to mount a combative response (12).  The production of interferons is tightly regulated both at the level of transcription and translation and play a pivotal role in determining the anti-viral response by the host. However, viruses have evolved sufficiently to deceive the host cells into suppressing this immune response, providing advantage to the virus for its replication and thereby aggravating the disease symptoms (12, 13). The tight control of interplay between IFN production by the host upon viral infection and its suppression by the infecting virus determines the extent and duration of the disease caused by the said virus in question. Although the transcriptional control of IFN production and related IFN stimulated genes (ISGs) is well established (14), the mechanism of translational control has still remained elusive (15).

The recent study by researchers at the McGill University, Canada and the Queens University, Belfast provides a mechanistic understanding of the translational control of IFN production that highlights the role of 4EHP protein in suppressing IFN-beta production and involvement of miRNA, miR-34a. 4EHP downregulates IFN production by modulating the miR-34a-induced translational silencing of Ifnb1 mRNA. Infection with RNA viruses and IFN beta induction increase the levels of miR-34a miRNA, triggering a negative feedback regulatory loop that represses IFN beta expression via 4EHP (16). This study is of great significance in the wake of the current pandemic caused COVID-19 (an infection caused by an RNA virus) as it will help in further understanding of the disease and lead to novel ways to deal with the infection by modulating the levels of miR-34a miRNA using designer activators/inhibitors and testing them in clinical trials for its effects on IFN response. There have been reports of clinical trials utilising IFN beta therapy (17) and this study will help unravel the molecular mechanisms by highlighting the role of miRNA in intrinsically regulating the host translational machinery for maintaining a homeostatic environment.

Future investigations and research on such and other known and emerging miRNAs coupled with integration of these findings with genomic, transcriptomic, and/or proteomic data, will not only enhance our mechanistic understanding of the cellular interactions and disease, but would also lead to novel miRNA based therapies by exploiting miRNA as actimirs (utilizing miRNAs as activators for replacement of miRNAs that have been mutated or deleted) and antagomirs (utilizing miRNAs as antagonists where there is abnormal upregulation of the said mRNA) for prevalent and emerging human and animal diseases.

Recent studies have shown the capability of artificial intelligence...

Drug Trials for COVID-19 Begins in the UK and USA